ROCKVILLE, Md. (DTN) -- On April 28, the Association of American Pesticide Control Officials (AAPCO) sent EPA a letter asking that the agency consider banning postemergence use of four dicamba herbicides -- XtendiMax (Bayer), Engenia (BASF), FeXapan (Corteva) and Tavium (Syngenta) -- when it makes its decision on their current registrations, set to expire in December 2020.

The regulatory group also requested EPA make any future registration of these herbicides "conditional on a year-by-year basis."

Leo Reed, an Indiana pesticide regulator who serves as president of AAPCO, said the letter echoes one sent back in 2018 when EPA was mulling its first registration renewal of dicamba herbicides. In that letter, AAPCO asked for an early cut-off date for dicamba use that states could adjust as needed.

"I felt it incumbent upon the organization that EPA be aware of what our position is, and it's not really changed much since 2018," Reed told DTN. "Although our circumstances have -- we've been hit with hundreds and hundreds more [dicamba] investigations and millions of dollars' worth of expenses conducting those investigations."

Injury complaints skyrocketed in the soybean-heavy states of Indiana and Illinois in 2019. Illinois is investigating an unprecedented 724 cases of alleged off-target injury, and Indiana also set a record with 178 complaints. Other states, such as Arkansas, Kansas,Iowa and Nebraska investigated similar levels of damage in both 2018 and 2019, despite dicamba label changes made by EPA in 2018.

"The money, time and effort that AAPCO and impacted states have expended is unprecedented and not sustainable," the AAPCO letter states. "AAPCO requests that our suggestions be seriously considered as the agency moves forward in making these registration decisions."

"Several attempts by U.S. EPA to refine label use restrictions on the dicamba products beyond the 2017 and 2018 restrictions have not markedly mitigated the incidence of off-target movement in most major soybean producing states," the letter said. "It appears that the U.S. EPA is unwilling or unable to recognize and react to the fact that these products have not been adequately labeled to minimize adverse effects from occurring in most of the nation's top soybean producing states."

As a result, some state regulatory agencies and departments of agriculture have spent millions of dollars and abandoned other duties to attend to an annual parade of off-target injury complaints and investigations, the letter concluded.

"This level of resource drain over the last three years has far exceeded the meager level of enforcement funding provided to impacted state programs through pesticide cooperative agreements," the AAPCO letter said.

Although the dicamba herbicide registrations don't expire until December of this year, EPA has stated that it hopes to issue a decision well in advance of that. Specifically, the agency told state regulators it would like to have all necessary data to make that decision by May 1, Reed said.

AAPCO is also submitting the results of some surveys to EPA, in addition to the letter. One survey polled 29 state pesticide agencies on the number of dicamba investigations they handled in 2019, how they were resolved and what they cost the states. Estimates ranged from the zero to $2.2 million, with many agencies reporting there was "absolutely no way to calculate" the final cost.

AAPCO will soon send an additional survey to EPA, which asked academic weed scientists how much research they lost to off-target dicamba movement in 2019, Reed said.

AAPCO's request to stop post-emergence use of dicamba is not an effort to end the use of dicamba-tolerant technology, Reed said. Rather, it would allow states to use Section 24(c) special local needs labels to adjust that limit as necessary.

"We believe there is a place for the technology and every state can determine that place," Reed said. "If over-the-top applications are prohibited, then states can design their own 24(c)'s and determine what is the best course. It is impossible for EPA to write a label that is going to be effective across all cropping systems and the entire country."

When AAPCO last submitted a letter to EPA in the summer of 2018 requesting a federal dicamba cut-off date, the suggestion went unheeded in EPA's November 2018 registration renewal of dicamba herbicides.

But Reed is optimistic this letter, and the data EPA has collected on off-target dicamba movement, will be more persuasive this time.

"I feel good about our relationship with EPA, and with the information we are able to provide the agency, I can't imagine there being any other outcome," he said. 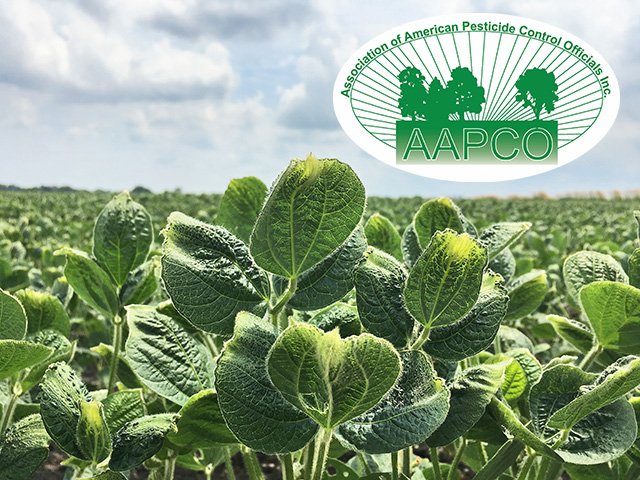