ROCKVILLE, Md. (DTN) -- As farmers and applicators head into the 2020 spray season, it's time to brush up on the challenging realities of applying dicamba to Xtend crop fields.

Four dicamba herbicides, XtendiMax (Bayer), Engenia (BASF), FeXapan (Corteva) and Tavium (Syngenta) are available for use over the top of Xtend soybeans and cotton this year.

Here, we've rounded up the latest research and information you need to know before you head to the field with these herbicides.

1. THE FEDERAL LABELS HAVE NUMEROUS RESTRICTIONS

The federal labels for the four new dicamba herbicides are infamously complex. Here are some of the most important restrictions to remember:

-- The herbicides are all restricted use pesticides and can only be handled and sprayed by certified applicators who have completed dicamba-specific training each year.

-- Applications in soybeans are limited to 45 days after planting or up to R1 (V4 for Tavium), whichever comes first.

-- Applications in cotton are limited to 60 days after planting or until mid-bloom, whichever comes first.

-- Applications are limited to one hour after sunrise until two hours before sunset.

-- Ground speeds are limited to 15 miles per hour, boom heights to 24 inches and applications can only be made when wind speeds are between 3 and 10 mph.

-- Applicators must create records within 72 hours of application and record nearly two dozen details listed in the label.

-- Only certain tank mix ingredients are permitted, which are listed on company-specific websites.

-- Growers must choose from a handful of pre-approved nozzles and follow a 15-gallon minimum for spray solution volume.

-- Applicators must maintain a 110-foot to 220-foot downwind buffer, depending on the rates sprayed, and all spraying must cease if the wind is blowing toward "sensitive crops" which are defined briefly on the label.

2. SOME STATES HAVE DIFFERENT RULES

For the third year in a row, applicators must navigate a web of varying state restrictions or additional uses for dicamba herbicides sprayed on Xtend crops. All applicators should check for local and state regulations before they spray this year.

Some states have Section 24(c) Special Local Needs labels issued for XtendiMax, Engenia, FeXapan and Tavium, and the state of Arkansas has its own state regulation banning use of those herbicides after May 25.

The 24(c) restrictions range from additional training to cutoff dates on dicamba applications. States with cutoff dates include:

-- Illinois: June 20 cutoff date and a temperature cutoff of 85 degrees.

Some states, such as Oklahoma and Texas, have expanded dicamba use beyond the federal label for 2020. Specifically, Oklahoma has extended the dicamba-application window to 60 days after soybean planting and 90 days after cotton planting, and Texas has also pushed its cotton application window to 90 days post-planting. Oklahoma and Texas also allow spraying at all times of day, sunrise to sunset, as long as no temperature inversion is underway.

There is growing consensus among academic and Extension scientists that the new dicamba herbicides are prone to volatilizing and moving off target, especially when certain factors are at hand.

-- Glyphosate: Weed scientists in Arkansas, Indiana and Tennessee have found that glyphosate added to dicamba often drops the pH of the spray tank mix below 5, which can lead to increased volatility. As a result, some weed scientists are recommending growers make separate dicamba and glyphosate applications.

-- Green Fields: Mueller's recent field studies have also shown that when dicamba is applied to fields with green, actively growing plants -- such as weeds or crops -- volatility increases.

--Soil pH: In 2019, University of Missouri weed scientist Mandy Bish collected details from fields where dicamba applications had stayed on target and from fields where it had moved off target with no apparent label violation. She compared soil types, topography and weather whenever possible, and -- after additional research by her university colleagues -- found that the higher the pH of a field's soil surface, the more likely the dicamba application stayed put. Lower soil pH increased the likelihood it would volatilize and move off target.

-- Proximity to Water: Another potential risk factor identified by the Missouri study was proximity to bodies of water, such as rivers and lakes, though researchers have yet to study that further, Bish said.

4. TEMPERATURE INVERSIONS ARE FREQUENT AND DANGEROUS

A temperature inversion occurs when a cool air mass -- and any potential herbicide particles in it -- become trapped near the ground for hours until the air warms and disperses. University of Missouri scientists have detected three times as much dicamba in the air following an application made during an inversion compared to on-label applications.

Bish and her colleagues at the University of Missouri have now spent five years tracking temperature inversions across the state and recently distributed their inversion detection weather stations to seven other states: Arkansas, Indiana, Illinois, Kentucky, Louisiana, Mississippi and Tennessee.

Overall, they have found that inversions occur frequently in the spring and summer months, usually setting up in the afternoon and evening hours, sometimes even earlier than two hours before sunset, Bish noted.

"What we've found is that, on a typical June evening, you would have more than 50% chance of having an inversion set up in the geographies we've studied," she said.

Data from the Tennessee weather stations has shown that inversions can also be extremely local -- setting up in one field up to 90 minutes before emerging in a field only one mile away, Bish added. That means it's risky to rely solely on inversion-forecasting apps or weather readings that use data from beyond your own field, she noted.

Applicators' best bet is to survey the field they are spraying carefully, with an eye for risky conditions, such as clear skies, little-to-no wind and low-hanging dust or fog. Low-lying fields and fields where tree lines block southerly winds can also see some of the most intense inversions, Bish added.

5. HERBICIDE ANTAGONISM IS A KNOWN PROBLEM

As a recent DTN article noted, dicamba can antagonize certain grass herbicides such as glyphosate and clethodim in a tank mix.

Although the exact mechanism isn't known, dicamba inhibits the plant's metabolism of the glyphosate or clethodim, allowing grassy weeds to survive the application. In Tennessee, this effect was very visible and led to problems with barnyardgrass and junglerice control in 2019. University of Tennessee Extension weed scientist Larry Steckel is recommending that growers make separate applications of grass herbicides and dicamba for better weed control.

In an effort to limit physical drift of dicamba, labels of the new herbicides require a host of drift-reducing requirements. They include specific nozzles and droplet sizes, as well as approved drift-reduction agents (DRAs) that can be added to a dicamba tank mix.

Keep in mind that these drift-mitigation tactics are not going to improve the efficacy of your dicamba applications and may actually decrease it, Purdue University weed scientist Bryan Young cautioned in a recent webinar.

But there is plenty of university research, including Young's, showing that these larger droplets also result in less spray coverage and reduced weed control. Because these nozzles and ultra-coarse droplets are legal requirements for dicamba herbicides, this is "a potential sacrifice we will have to learn to live with," Young warned.

The full webinar, which is part of a series on herbicide resistance from the industry group, Take Action, will be posted here: http://iwilltakeaction.com/….

7. DICAMBA RESISTANCE IS A GROWING THREAT

With the rapid ramp-up of Xtend acreage and dicamba applications across the Midwest and South, weed scientists are starting to document a rise in weeds surviving these herbicide applications.

Given dicamba's long history of use in pasture and no-till corn and wheat systems, resistance already exists in some Palmer amaranth and kochia populations in Kansas. See more here: https://www.dtnpf.com/… and here: https://webapp.agron.ksu.edu/….

Most recently, weed scientists in Tennessee and Arkansas have confirmed that some Palmer amaranth populations from Tennessee are surviving labeled rates of dicamba, most likely as a result of Tennessee's high adoption rate of Xtend crops for the past three years. (See the DTN story here: https://www.dtnpf.com/…).

Weed scientists in Indiana and Missouri are testing other weeds, including marestail and waterhemp, for dicamba efficacy as well. 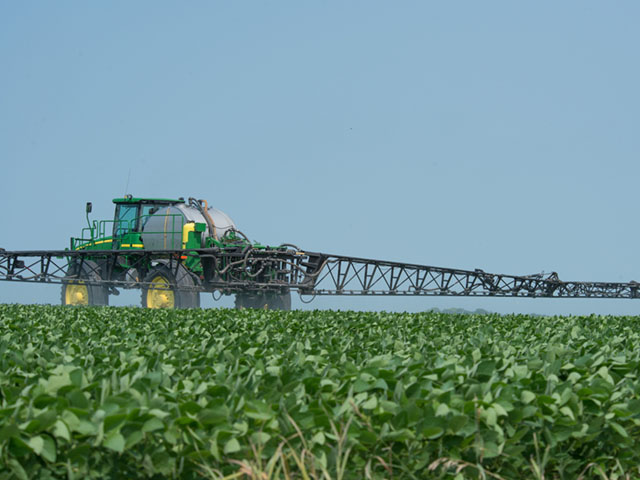