ALEXANDRIA, Va. (DTN) -- The inspector general of the EPA is planning to look into whether EPA acted properly when it registered dicamba in 2016 and 2018, as well as review states' use of Section 24(c) labels, often used for dicamba in recent years.

Each year, the EPA's OIG releases its annual plan for audits, evaluations and investigations. The 2020 plan states that inspectors plan to look into the EPA's past registrations of dicamba herbicides XtendiMax (Bayer), Engenia (BASF) and FeXapan (Corteva) in the second half of 2021.

The purpose of the investigation will be to "determine whether the EPA adheres to federal requirements and scientifically sound principles for the 2016 registration and 2018 renewal for the new uses of the dicamba herbicide," according to the OIG annual plan.

The OIG also reported a future investigation into Section 24(c) Special Local Needs labels, to "determine what controls EPA has in place to verify states and whether the EPA is following procedures and policies for review and approval of Special Local Needs Exemptions for pesticides."

States' use of Section 24(c) labels has come under scrutiny by EPA in the past two years, since many states have turned to them to restrict dicamba herbicides beyond the federal labels.

Although the OIG investigations into dicamba and 24(c) are slated for 2021, inspectors are already doing work to prepare for them, OIG's Elbaum confirmed.

"It is routine to discuss our evaluation and audit topics with knowledgeable stakeholders to ensure that the scope and focus of our work is appropriate," Elbaum said.

Rose Kachadoorian, who serves as program manager for the Oregon Department of Agriculture's Pesticide Program, is one such stakeholder. Oregon is one of the states with the highest number of Section 24(c) labels in the country -- about 240 -- largely because the state produces so many minor crops, such as micro-seed crops, which often aren't represented on federal pesticide labels, explained Kachadoorian. 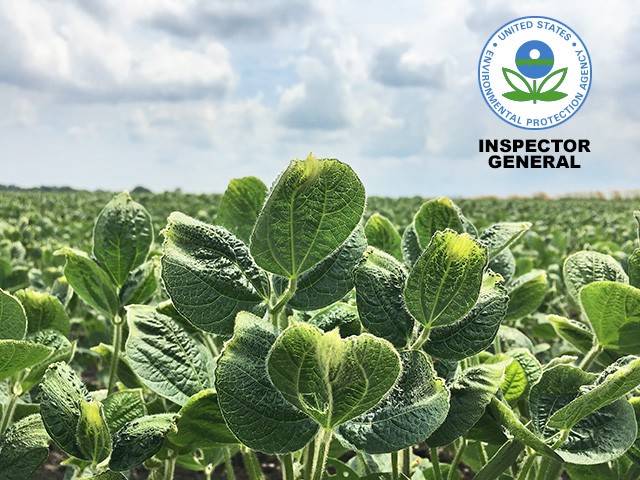