ROCKVILLE, Md. (DTN) -- Like sharks smelling blood in the water, lawyers are rushing to capitalize on the landmark dicamba injury case Bader Farms recently won against Bayer and BASF in Missouri.

One law firm, Peiffer, Wolf, Carr & Kane, held a conference call Wednesday to help drum up awareness of the legal avenues available to farmers who have been injured by off-target dicamba drift since 2016.

Joseph Peiffer, managing partner of the firm, told reporters that he believes more than 2,000 farmers could file new cases against Bayer (formerly Monsanto) and BASF, which manufacture XtendiMax and Engenia, respectively, the two most common dicamba herbicides labeled for use on dicamba-tolerant Xtend crops.

Peiffer based that number off the more than 5,000 complaints that have been filed with federal and state regulators between 2016 and 2019 over alleged dicamba injury, as well as increased calls to the law firm since the Bader case wrapped up last week in Cape Girardeau, Missouri. There, a federal jury concluded that Bayer and BASF must pay Bill Bader a combined $265 million in actual and punitive damages for dicamba injury the peach farm suffered starting in 2016. Bayer and BASF have announced plans to appeal the verdict.

"We believe that 2,000 farmers is actually a conservative estimate," Peiffer said on the call, adding later, "Before the verdict, we had somewhere in the neighborhood of 75 farmer [clients]. Since then ... our phones have really been ringing off the hook ... we have been in contact with somewhere between 50 and 100 farmers."

Peiffer Wolf has clients in the consolidated "multidistrict" litigation pending in the Eastern District of Missouri, the same federal court where the Bader Farms trial was held. The case combines multiple lawsuits from farmers across multiple states who are claiming crop injury from dicamba drift, all in front of Judge Stephen N. Limbaugh.

Other lawsuits involving dicamba also are wending their way through various state courts. Monsanto (now Bayer) has a lawsuit against the Arkansas state regulatory agency, the Arkansas State Plant Board, which has restricted dicamba use in the state in recent years. A lawsuit against EPA is also pending in the Ninth Circuit Court in California, where farmer and environmental groups are demanding the federal agency vacate its XtendiMax registration.

During Wednesday's call, Peiffer Wolf lawyers included three clients, all producers who have reported dicamba injury: Joe McLemore, an Arkansas soybean farmer; Marty Harper, a North Carolina tobacco farmer; and Hunter Wankowski, a Missouri tree nursery owner. All three noted that Monsanto and BASF had never offered to settle with them over any of their alleged damages. After company representatives visited McLemore's operations and viewed his soybean fields, they pointed blame at the dicamba applicator, McLemore said.

With Monsanto and BASF consistently defending their herbicides, "There is only one thing they can blame -- and that's their customers," Lesko said. Documents from the Bader trial showed a common company philosophy at both companies was "never settle," he added.

That attitude could yield a nearly endless parade of lawsuits as long as the dicamba herbicides stay on the market, Lesko concluded.

"The damage isn't going to just disappear," he said, noting that dicamba-tolerant corn seed is set to join the cropping landscape in the coming decade, alongside dicamba-tolerant soybeans and cotton. "The more seed that's out there, the more spraying is going to happen, the more damage is going to result. It's going to continue as long as these products are available on the market."

"What is originally slow in cases like this is the initial discovery," Lesko said. "Now that Bader has gone to trial, quite a bit of discovery has already been completed, so we expect cases going to trial will proceed a lot more quickly."

The Bader trial uncovered many internal Monsanto documents that the Peiffer Wolf lawyers expect to play a key role in future dicamba lawsuits, because they show company employees bracing for dicamba injury complaints and discussing limiting outside testing of their dicamba formulations. 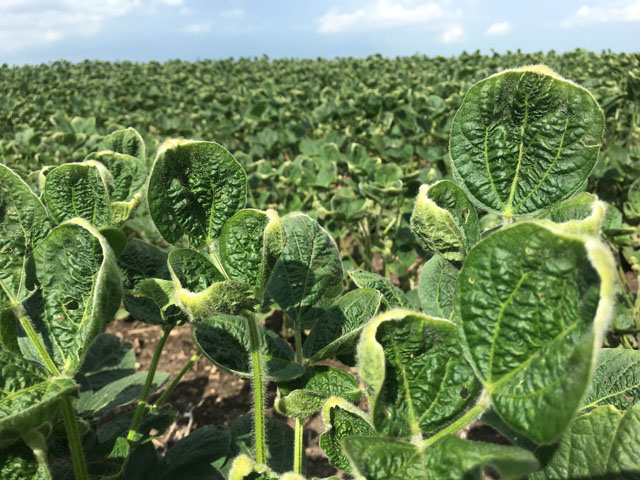