Corn takes a back seat to soybeans on Joshua Rausch's farm at planting.

The Paullina, Iowa, farmer is part of a growing trend of producers who plant soybeans before or at the same time as corn to maximize yields and profit potential.

Soybeans are traditionally planted after corn nationwide, primarily because of risk. Corn costs more to plant and needs time to take advantage of higher-yielding, long-season hybrids. Soybeans are more forgiving than corn and have a better chance to produce a crop if planted well into June or July. Plus, a late-spring frost can kill soybean plants after emergence since the growing point is already out of the ground, unlike corn.

Rausch used to plant corn first, too, which meant soybeans usually got in by mid- to late May. That changed when soybean yields plateaued a few years ago at 65 to 75 bushels per acre.

"Some people would be happy with that ... we're not," Rausch explained. "We have to continue to increase yield to reduce costs. You can't keep doing the same thing and expect more."

The grain and cattle farmer researched ways to increase soybean production, and early planting hit home. A recent University of Illinois report stated, "results from soybean-planting research for different years and different locations vary throughout the U.S., but the evidence indicates planting on or before May 1 generally is associated with higher yields."

Why? Most soybeans planted in the U.S. are an indeterminate crop and photoperiod sensitive. The longer plants absorb sunlight, vegetative growth and flowering is spurred during the reproductive period. More flowers mean more nodes, which means more pods and soybeans.

Rausch tested the concept several years ago, planting half of a soybean field before corn in late April and the rest of his beans in mid-May after corn. Flowers showed up in the early-planted soybeans about 10 days before the later-planted fields and produced more pods and yield.

"I conservatively got 5 bushels more planting early, and it cost me zero," Rausch explained. "It's like 5 free bushels."

He tried it again the following year with half his soybean acres getting a two-week jump start with the same result. This year, all of the family's 500 acres of soybeans were planted in late April before corn.

Rausch admitted he initially got plenty of odd looks and questions from neighboring farmers when he seeded soybeans as they planted corn, but that dissipated as he shared the results.

"I heard, 'You guys are crazy,'" Rausch recalled. "It may sound crazy, but we are seeing big returns. We've seen a huge yield bump by doing nothing more than planting soybeans first ... and it doesn't affect our corn yields." (Some high-yield Midwest growers are pushing the envelope even further by experimenting with March planting dates.)

Rausch said it would be nice to plant both crops at the same time, which many farmers do. But, since they can't justify buying a second planter at this time and labor is limited, planting soybeans first is the way to go, Rausch said.

To mitigate stress on early-planted soybeans, Rausch started testing StollerUSA seed treatments and products. On those acres, he saw a 10-bushel yield bump, though it takes about 4 bushels to pay for the extra inputs where the full Stoller program was used.

Jeff Berkemeyer, Stoller sales and market development representative for Missouri and western Iowa, recommended farmers use the company's Bio-Forge Advanced at the very least if planting soybeans early. It can be applied as a seed treatment, in-furrow or in foliar applications with labeled herbicides.

More farmers in northwest Iowa are planting soybeans first or at the same time as corn, Rausch said. Berkemeyer agreed.

"It's a growing trend, especially after farmers see the results," Rausch said.

After years of growing only corn, Muench started planting soybeans again in 2016 for agronomic and economic reasons. On the advice of his agronomist, John McGillicuddy, of Iowa City, Iowa, he planted one-third of his soybeans before corn on or about April 20 last year and the rest in mid-May. The early-planted beans yielded 10 bushels better.

"You hear about the yield potential, but when you see it with your own eyes in your own fields, it makes a believer out of you," Muench said. "It didn't cost us anything."

All of Muench's beans were planted before corn this year with the help of a neighbor. Soybean planting -- half were drilled and half broadcast-seeded and worked in using a vertical tillage machine -- started April 19 and wrapped up on May 4.

Planting date does strongly influence soybean yields, but agronomists warn soil and weather conditions need to be right. Slow germination and compaction can negate the benefits of getting soy in early.

Corn-yield losses are less pronounced percentagewise the later it goes into the ground. One hundred percent of yield potential is possible if planted by April 20. On April 30, the yield loss is 1.3%; May 10 is 4.2%; and May 30 is 13.4%.

McGillicuddy promoted the yield and revenue benefits of planting soybeans early but pointed out the risks.

"You don't want to rush soil conditions and mud them in on April 15," he added. "One thing I try to promote is don't push two variables. If soil is cold (below 50 degrees Fahrenheit), don't plant if it's also wet. Don't make the plant deal with two problems."

"I think farmers are more analytical and less traditional," he explained. "They understand anything that was considered a tried-and-true rule of crop production can end up going out the window." 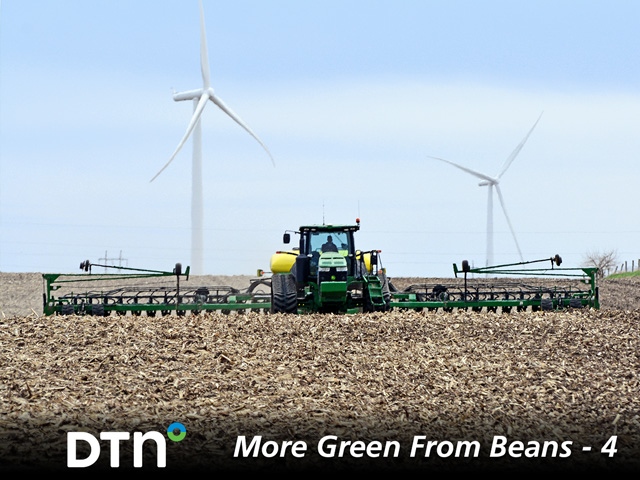