Cover croppers face a chicken-egg conundrum of decisions. What seed to plant in the fall often means selecting it in the spring, long before destroying the previous year's planting, for example.

To figure out what comes first and avoid missing steps, Steve Berger, Wellman, Iowa, suggests a calendar approach to planning. With more than 15 years of cover crops and 40-plus years of no-till under his belt, Berger encourages newcomers to embrace cover crops as a yearlong proposition.

Start by asking what you want to accomplish: Reduce compaction? Build soil organic matter? Get better water infiltration? Get better control of herbicide-resistant weeds? Build soil health quickly? Get more cattle grazing opportunities? The answers to those questions influence the species of cover crop or mix of crops to be planted and how they will be managed.

Seeding may take place in late summer or fall, but the demand for quality seed requires placing orders with reputable cover seed companies in late winter to early spring. The same goes for lining up aerial applicators, custom applicators or procuring seeding equipment.

Berger suggests trying cover crops on a few acres first, and expanding to more acres with experience. "Planting rye into cornstalks ahead of a soybean crop is easier to manage for a beginner. However the best use of cereal rye as a cover crop is planting into soybean stubble ahead of corn to control soil erosion," Berger said.

This is also a good time to check with the Natural Resources Conservation Service (NRCS) about cost-sharing programs. Signups are often held as money becomes available. Take time to consider how you want to evaluate what cover crops do for your soil and water too. If you are going to measure changes in soil health or weed pressure, for instance, you need baselines to measure against. The same is true of the quality of water leaving your farm, through tile or in runoff.

There's a lot of information on the benefits of cover crops, but it is not from your farm. You can always make comparisons from other fields in the future, but early feedback can help you decide on changes you may want to make in the future, as well as confirm benefits you're looking for from the system.

DRILL DOWN ON FALL

Over the years, Berger has tried aerial seeding and used a number of cover crops species. He's still experimenting with multiple species mixes. He doesn't have a specific date on his calendar for fall seeding, but he's settled into drilling cereal rye into corn and soybean stubble. He doesn't wait for harvest to be over either -- he seeds immediately behind the combine for most of his cover crops.

"Every day you have a cover crop growing is one more day it can produce benefits," Berger said. "What we're striving for is to have something covering the soil and growing in it all year long. Cover crops can contribute cover on 7 of the 12 months in a corn-soybean rotation."

More cover crops growth means more benefits -- that's why some experienced cover croppers use a high boy to drop seed into standing crops in September, or as early as late August. Aerial seeding is another option, depending on availability of applicators.

"Our busiest time of the year is September through December," Berger said. "We're harvesting corn and soybeans and planting cover crops simultaneously, to get the cover crops emerged and actively growing before winter arrives. We've planted cereal rye as late as mid-November, but you don't get much beneficial growth after that."

In recent years, Berger has also started using a 2,4-D-based fall herbicide program on all corn and soybean land to control winter annuals. He also applies additional commercial potash in the fall, and spreads swine and turkey manure in November. Cover-cropped land also opens up opportunities for fall tiling -- at least until the ground freezes.

"We try to terminate the rye in the spring one day to a week ahead of corn planting in mid-April," Berger said. "Allelopathy is not a concern, but managing nitrogen is. We surface apply 60 to 80 pounds of liquid nitrogen with the planter using a Y-splitter that places 32% UAN behind the closing wheel, 2-inches to each side of the seed. We also apply 3 gallon of 6-24-6 pop-up fertilizer and insecticide in the furrow. Both nitrogen management and insect management are a little different with cover crops, and they're very important to our success."

Berger is in no rush to terminate cover crops ahead of soybeans. He plants into green rye that can be waist high, and terminates that rye either just before or right after planting.

Other growers use rolling and crimping in termination strategies. Many cover crop advocates also no-till or strip till or use the cover crops to help transition to no-till.

-- Read up and watch videos on soil biology and carbon/nitrogen cycles.

-- Decide on field(s) to seed and consider the worst erosion areas.

-- Decide how and when to terminate the cover crop.

-- Test for compaction and water infiltration rates for later comparisons.

-- Seed covers, into either standing corn or stubble right after harvest. 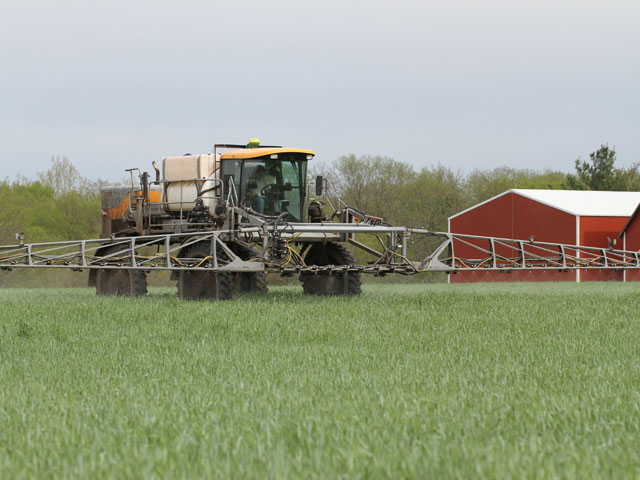