ROCKVILLE, Md. (DTN) -- With snow blanketing large swaths of the Midwest, and rains drenching parts of the South, it can be hard to imagine how the country's frigid, soaked fields will ever be ready for spring planting.

But don't let the still, damp chill of winter fool you. A flurry of farmer activity is underway, as growers finalize seed selections, hash out fertilizer plans, ready sprayers for spring burndown applications and brace for the springtime chaos to come.

This marks the season's first DTN Field Roundup, wherein a trusted group of farmers and ranchers spanning 13 states and one Canadian province help us take the pulse of the countryside and weigh in on fieldwork, livestock care and agricultural issues of the day.

With the exception of Mike Lass, a farmer and rancher from the dry panhandle of Texas, most producers reported far more moisture than they, or their crops, can possibly use.

"We had an extremely wet fall and have an extremely wet, mild winter," explained Charles Williams, a farmer in northeastern Arkansas. The wet fall delayed tillage, and the combination of wet soils and heavy equipment took its toll on some of his cotton, rice, corn and soybean fields.

Farther north, many farmers are buried in snow, with little relief in sight. "We have somewhere between eight and 12 dairies that have lost the roofs" to heavy snow and wind, said Jeff Littrell, who farms with his son in southeastern Minnesota and western Wisconsin.

The Littrells actually finished their 2018 harvest in January of 2019, due to record rainfalls in the upper Midwest last year. Their operation in Crawford County, Wisconsin, which saw 29 inches of rain in August and September, received 36 inches of snow in February alone.

"General field conditions concern me tremendously," said Jay Magnussen, a producer in northwest Iowa. "Our fields are rutted up to no end, wet spots are everywhere still, and tiles continue to run full stream through the winter."

The snow is particularly hard on livestock owners. In central Minnesota, Justin Honebrink is running out of places to put the white stuff in his cattle yards. "The snow is getting pretty deep, cow yards are filling up, and things are going to be a mess once it starts warming up," he predicted. With his first calves expected in just two weeks, Honebrink will be busy excavating bales of bedding buried in snowdrifts this week.

"We are going to have to buy hay for the first time I know of," added Bob Birdsell, of northwest Missouri. "We've had to feed extra because of all the snow and cold. We're going to have a minimum of $100 per bale in the hay we buy. No hay left around here with any quality, so have to have it trucked in."

While John Werries of west-central Illinois was one of the lucky few who got most of his fall nutrient and fertilizer applications in, he is expecting a fertilizer traffic jam in his region. "It will be a NH3 mad house around here when it gets fit to go," he predicted. "Farmers were hoping for a chance to do some work in February or March -- that didn't happen in February and doesn't look too promising for March."

Magnussen can confirm that things will be hectic on the retailer side. In addition to farming and running cattle, he works as an agronomist for a local co-op in northwest Iowa. "The wet fall in 2018 with little opportunity to apply fertilizer will bleed over into spring 2019," he said. "This could lead to a very tough spring in terms of having a large enough application window to get everything applied before farmers want to be planting."

Missed fall herbicide applications will also trouble many farmers. Scott Wallis is already watching weeds green up in his southwest Indiana fields. In central Ohio, Keith Peters is bracing for the winter annual weed carpet to unroll, as well. "We didn't get any fall burndown done, and I'm sure the winter annuals are going to be bad," he said.

Magnussen is also worried about an unusual amount of delays he saw in farmer input decisions this winter, as producers took extra time to analyze razor-thin margins. "Delayed decision-making holds me back from making maps, spread sheets, and variable rate fertilizer and planting recommendations," he said. "I'm getting nervous that we will be jamming an entire winter's worth of work into a couple weeks as the skies clear and the weather warms."

Part of the delays plaguing the input industry are of the seed variety. Between new herbicide-tolerant traits, weak commodity prices and a problematic winter wheat crop, some growers have yet to finalize their spring cropping mix.

In many states, the late, wet fall scuttled wheat acres. "We typically have a sizable acreage of wheat but were able to get a little less than half of our intended acreage planted," said Arkansas' Williams. Likewise, Keith Peters expects to salvage only one-third of his winter wheat in central Ohio, and Raymond Simpkins predicts heavy winterkill in wheat fields in southern Michigan.

Kenny Reinke is sad to see wheat fall by the wayside at his operation in northeast Nebraska. His corn acreage has swelled to replace lost wheat acres this year, but he's not convinced that's a permanent solution. "As much as I would like to see wheat in my crop rotation, the recent price action is going to make it very difficult for it pull its weight when it comes to cash flow," he said. "If it does stay doom and gloom I'll be forced to increase my bean acres to offset the increase in corn acres due to the failed wheat ground having to go to corn. It's a fine line with the increased profitability of corn and weighing it against the added cost of putting the crop in as compared to beans."

In Kansas, Kyle Krier's wheat is surviving, but he has struggled to tend to it. "We are still trying to get in to top dress wheat," he said. "Frozen ground will be the saving grace on that. However, it's difficult to do so because of the high potential for loss on that fertilizer going onto wet frozen ground."

Williams is still weighing his soybean seed and herbicide choices carefully in Arkansas, where state pesticide regulators only recently established a cut-off date of May 25 for in-season dicamba applications. "Local retailers and crop consultants are indicating at least 90% adoption of dicamba-tolerant soybeans in our area, up from around 50% adoption in the previous year," he said. "We are polling our neighbors and evaluating our technology decisions."

In eastern Nebraska, Luke Lauritsen is preparing to plant more corn than soybean acres this year, and Indiana farmer Scott Wallis is tentatively planning to mix up his planting schedule and seed 40% to 50% of his soybeans first this year. "We have much better yields with our mid- to late-Group 3 beans than Group 4," he explained. "So we are going to try to spread our harvest window with planting dates instead of maturities."

Only Texas producer Mike Lass seemed completely serene about his crop choices and planting plans. "We won't plant until the last of May, so we've got plenty of time," he noted. "No change in crops here -- just cotton and more cotton!" 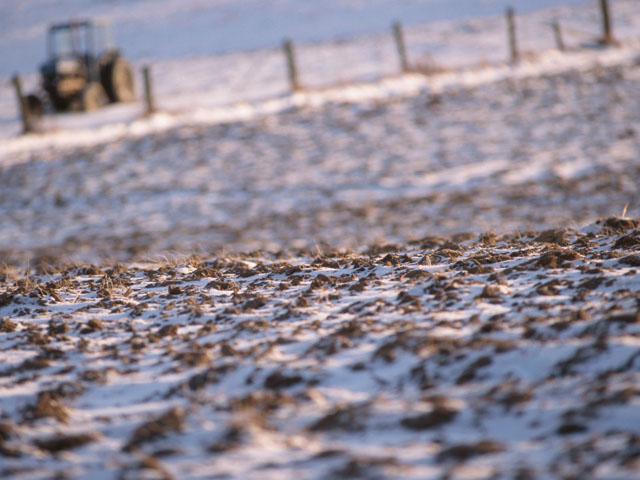