NEW ORLEANS (DTN) -- One specific herbicide haunted the halls of the Weed Science Society of America's annual meeting in a New Orleans hotel this week.

"The elephant in the room is dicamba off-target movement," Chad Brabham, a post-doctoral researcher from the University of Arkansas, told a room of scientists gathered to hear the newest research on dicamba injury. "And as academics, we're interested in trying to mitigate the risks of off-target movement."

But first, scientists need to understand how and why dicamba is moving off-target -- a topic that many weed scientists in the Midwest and South have spent the past two to three years studying.

Weed scientists' efforts are slowly uncovering why new formulations of dicamba, XtendiMax, FeXapan and Engenia, have moved beyond treated fields to injure millions of acres of non-tolerant soybeans and other vegetation for two consecutive years -- and why some regions seem so much more affected than others. WSSA devoted an entire symposium to the topic of dicamba off-target movement at its annual meeting, where several major conclusions emerged.

First, most academic scientists believe volatility of the herbicides is happening and was a major contributor to off-target damage in 2017 and 2018. Second, they are closing in on key environmental factors that make volatility more likely to occur and cause off-target damage. Those factors include warm, humid weather, temperature inversions and low pH of a dicamba tank mix, often the result of adding glyphosate.

Finally, some scientists are also raising concerns about the possibility of "atmospheric loading" of dicamba in certain geographic regions where high quantities of the herbicide are sprayed in a short period of time in the heat of the summer.

To add to these challenges ahead in the 2019 spray season, the new federal labels for Engenia, FeXapan and XtendiMax have become so complicated and difficult to follow that even some academic and company scientists were unable to spray on label when conducting their field and small plot trials.

VOLATILITY AND ITS EFFECTS

Air samplers have become a popular tool among industry and academic scientists seeking to measure how much dicamba leaves a field hours and days after an application. Scientists from both the University of Arkansas and Missouri have consistently measured significant concentrations of dicamba coming off treated soybean fields as long as 96 hours following an application.

BASF also presented field tests results on Engenia, done in conjunction with university scientists in Arkansas, Indiana, Mississippi and Kansas, which found measurable amounts of dicamba in the air outside treated areas up to 48 hours following applications.

"With dicamba concentrations in the air as low as even 1 nanogram per cubic meter, we're seeing more than 10% injury to soybeans," he said.

Over the past two years, some academic weed scientists have singled out certain environmental factors that are contributing to the volatilization and off-target movement of dicamba. Their research is slowly uncovering the causes of one of the most confounding parts of the dicamba injury crisis -- why some states and regions see so much more damage than other states with similar or more soybean acreage.

One primary culprit appears to be temperature inversions, which occur when cool, dense air traps physical herbicide particles or volatilized herbicide vapors in the air above a treated field, allowing them to move off target when the inversion disperses. At the University of Missouri, weed scientists have collaborated closely with state climate experts to learn that temperature inversions are occurring frequently in Missouri, Illinois, Tennessee, Arkansas, and Indiana, in the spring and summer months when dicamba is sprayed. They are also learning inversions are affected by a number of conditions beyond weather, including topography and land cover, such as trees -- which can contribute to regional differences in inversions within a state or a county.

Most critically, the Missouri scientists found that when dicamba was applied during inversion conditions, higher amounts of dicamba were detected in the air in the hours following application compared to applications made during non-inversion conditions. Although it is illegal to apply dicamba during an inversion, detecting one underway can be challenging for applicators in the field.

Meanwhile, a growing number of studies from Mississippi State University and the Universities of Arkansas and Tennessee indicate that when the pH of a tank mix is lowered, dicamba volatility increases. The chief culprit behind these lower pH levels appears to be glyphosate, a popular tank mix ingredient that farmers used extensively in the past spraying seasons. Likewise, University of Missouri scientists found that when glyphosate was included in the dicamba tank mix, they detected more dicamba in the air after application.

"Until 2018, I didn't realize how significant the impact of glyphosate was on volatility of dicamba," said Dan Reynolds, a Mississippi State University weed scientist. "And I think pH is the driver behind what we're seeing here." Missouri scientists have also found soil pH might be a factor in dicamba movement.

Warm weather and high humidity were also pinpointed as risk factors by Arkansas and Tennessee scientists, who analyzed weather conditions while using air samplers to measure volatilized dicamba. Dicamba air concentrations increased on days with temperatures higher than 70 degrees and more than 50% relative humidity, Brabham said. In contrast, rain events significantly decreased the amount of dicamba coming off a treated field in the study, however.

Given the new dicamba formulations' apparent volatility, and the expectation that 60 million acres of dicamba-tolerant crops will be planted in 2019, some weed scientists have been raising the specter of "atmospheric loading."

Norsworthy likens the effect to smog in Los Angeles. "When you look at Los Angeles, it's not just one vehicle adding emissions or causing the problem," he said. "It's the fact that you have thousands upon thousands of vehicles within a very small area contributing to this issue and as a result, everyone in the region is impacted. I see this not really being any different from what we're observing in areas where we have heavy use of dicamba and the volatility that is ultimately occurring."

That effect would explain the widespread injury found in certain regions where a lot of dicamba spraying occurred, such as northeast Arkansas and southeast Missouri in the past two years, both Norsworthy and University of Missouri weed scientist Kevin Bradley told DTN. In many of these injury investigations, the dicamba injury to vegetation was clear but no individual culprit could be identified, because dicamba was used so extensively in the area, Norsworthy and Bradley noted.

"With atmospheric loading of volatile herbicides such as we have observed in northeast Arkansas, the Bootheel of Missouri and west Tennessee, you will have landscape damage with no obvious source of where the damage came from," Norsworthy said.

Emily Unglesbee can be reached Emily.unglesbee@dtn.com 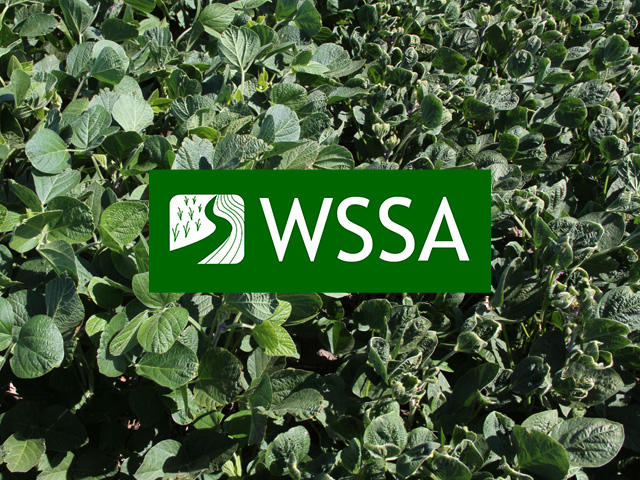