That was the challenge issued from Scott Senseman, a weed scientist and the 2018 president of the Weed Science Society of America (WSSA), to the hundreds of weed scientists and members of the ag industry gathered in New Orleans this week for the group's annual meeting.

For the past two days, rain and wind has occasionally battered the windows of the hotel where the scientists are meeting, a fitting backdrop for the stormy issues they are tackling, from an epidemic of herbicide-resistant weeds to the public's growing concerns about chemical use.

But Senseman is optimistic. Out of the 500 people at the meeting, more than 100 are graduate students.

"We need you to come up with new technologies," Senseman told these rising young scientists. "We need your youth and your creativity and your energy to get these things done."

Many are already delivering. Some graduate students at the meeting presented research on using drones to assess weed pressure from the air and spot-treat weeds instead of spraying entire fields. Others showed how some cover crops can suppress the germination of troublesome weed species. Yet another group of students laid the groundwork for the development of an automated roadside spray truck capable of identifying and treating weeds and tracking environmental conditions as it goes.

"We're talking about a challenge of having to triple food supply, not just double it, and can we do it?" Senseman asked. "Of course. We've got environmental issues all over the place, we have a lot of trade issues, we have all kinds of challenges facing us, but we will do it, because we have to."

A BRAVE, BUT WEEDY, NEW WORLD

The WSSA had its first formal meeting more than six decades ago in 1956 in New York City, Senseman noted. The chemical 2,4-D had been registered for commercial use just 10 years earlier, and dicamba wouldn't be registered for another decade. Newspapers, TV and radio brought information to the public, and the world population was hovering around 2.8 billion people.

Now, in 2019, crops tolerant to new formulations of those same chemicals, 2,4-D and dicamba, are rapidly expanding. But we're facing a very different world. The public gets its information from social media and a sprawling digital information landscape. The world population is pushing 8 billion people, and scientists continuously fret over how to feed them in the face of a changing climate.

Many of the presentations at WSSA tackle the problems generated by our modern approach to weed control, namely the herbicide-tolerant crop system, and the new difficulties of communicating with the public.

In the days to come at the WSSA meeting, some scientists will unveil discoveries of new herbicide-resistant weed populations. Others have detailed the economic costs these troublesome populations bring to producers and the industry. A number of sessions dwell on how and why herbicides like dicamba are moving off target, beyond crop fields where they are applied.

Other presentations highlight how scientists, with their rigid scientific method and dry, technical language, are battling rising anti-science movements among the public, in the form of anti-GMO campaigns and calls to ban some agricultural chemicals completely, such as glyphosate.

"The decisions to ban or restrict glyphosate are not supported by the evidence," said Keith Solomon, director of the Centre for Toxicology at the University of Guelph in Guelph, Ontario. "Politics and their perception-based agendas appear to be the drivers of the bans and restrictions of glyphosate."

In Europe, where glyphosate use is already heavily restricted, weed scientists worry that additional restrictions or bans will push farmers to older selective herbicides and allow resistant weed populations to spread, said Solvejg Mathiassen, a crop ecologist from Aarhus University in Denmark.

"How do we translate weed science for public consumption?" wondered Carol Mallory-Smith, a weed scientist from Oregon State University. "As scientists, we're talking about apples -- we use all our technology and all our jargon -- when the public is looking for oranges. How do we bridge that so we're all using the same language?"

"If you just Google a topic like this, what comes up is not going to be something from the Weed Science Society," she added. "That's a problem."

LOOKING BEYOND THE OLD SOLUTIONS

The solutions to many modern weed problems might be closer than some realize.

Just down the hall from where Solomon, Mathiassen and Mallory-Smith were worrying aloud about glyphosate's survival, graduate students and scientists were presenting the possible future of agriculture: drones, automation and non-chemical solutions to weeds.

Students and scientists from Texas A&M presented their research on using drones, or UAVs (unmanned aerial vehicles), as well as automated vehicles to control weeds. One project examined how well UAVs can identify broadleaf and grass weeds in corn, soybean, cotton and sorghum fields from the air. Another project analyzed how well UAVs can disperse herbicide droplets on key weeds, laying the groundwork for remote, spot-spraying drones of the future.

In a third Texas A&M project, students mounted ultrasonic sensors on the side of a truck to identify and treat weeds automatically as it drives along, while also tracking application parameters like wind speed, temperature and humidity.

A group of Australian scientists are looking even further into the future and working to develop a robot that stalks crop rows and zaps weeds individually with a laser.

More immediately, University of Tennessee students are unlocking the allelopathic power of some cover crops to reduce pigweed's ability to germinate and grow roots. And at Auburn University, students are helping farmers actually integrate these practices into their farming systems by studying which herbicides peanut and cotton growers can use without harming a following cover crop.

In his opening speech, Senseman likened the search for novel weed control approaches like these to past breakthroughs, such as landing a man on the moon or breaking the 4-minute-mile record.

"We can and will need to do better," he said. "After all, these things were the great challenges of their time and their world, but by combining intelligence and committed people, they were able to attain incredible accomplishments."

You can find more information on the presentations at WSSA's annual meeting here: http://wssa.net/…. 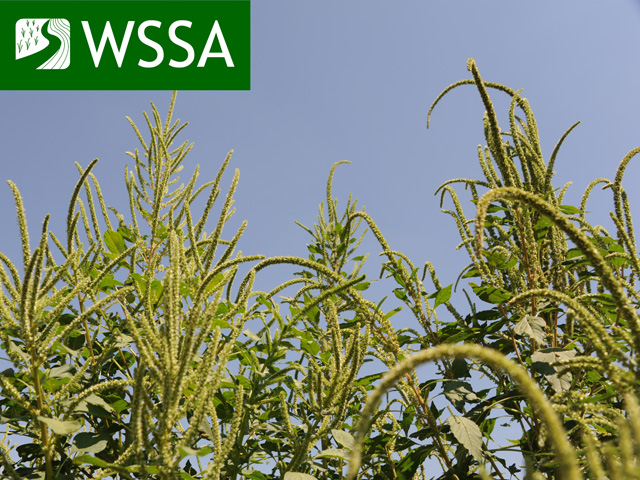