OMAHA (DTN) -- The U.S. Department of Justice has proposed no changes to the Bayer and Monsanto mega merger, in a court document filed on Tuesday in the U.S. District Court for the District of Columbia.

The DOJ filed a 46-page response to more than one million public comments on the merger, announcing it will not recommend additional changes to the agreement.

In May 2018, DOJ ordered Bayer and Monsanto to divest $9 billion in assets, before the Trump administration would approve the estimated $62.5-billion merger.

Early in 2018 Bayer had made divestments including selling portions of its crop science division to BASF, totaling about $7 billion.

The response filed by DOJ on Tuesday indicates the companies have met all the demands.

"This remedy is a victory for American farmers and consumers," DOJ said in its filing.

"It fully addresses the competitive threat posed by the merger by vesting the divestiture buyer, BASF, with the full complement of assets, personnel, and rights needed to preserve competition in each of the 17 affected markets. It requires divestitures that go beyond what would be needed to address the current horizontal overlaps or vertical concerns in order to ensure that BASF can step into Bayer's shoes, thereby preserving the competition that otherwise would be lost through the merger."

Included in the divestiture, Bayer will transfer more than 4,000 employees to BASF so the company "will have the necessary expertise to run these divested businesses."

The agreement also allows BASF to acquire additional assets and personnel, if needed, during the first year of operating the businesses.

"In short, the United States has gone to extraordinary lengths to ensure that BASF will seamlessly and successfully replace Bayer as an independent and vigorous competitor in each of the affected markets," according to the DOJ document.

The DOJ will be publishing comments and its response filed Tuesday on the Antitrust Division website and submitting them to the Federal Register. After publication, DOJ will ask the D.C. court to enter a proposed final judgement.

Under the proposed final judgment Bayer is divesting businesses that compete head-to-head with Monsanto. Bayer also is divesting the seed treatment businesses that, when combined with Monsanto's seed business, would have given the combined company the incentive and ability to "harm competition by raising the prices it charges rival seed companies," according to the proposed judgement.

Bayer and Monsanto also are divesting associated intellectual property and research capabilities, including pipeline projects, to enable BASF to replace Bayer as a leading innovator in the relevant markets. The judgement also lays out the divestiture of additional assets that will "give BASF the scale and scope to compete effectively today and in the future."

Even one of Bayer's primary competitors, Syngenta, acknowledged in public comments that the judgement "remedies many of the most complex and difficult anticompetitive aspects of the transaction."

However, Syngenta asked DOJ for modifications to provisions that require Bayer to supply BASF with seed treatments and proposed restrictions on BASF's ability to sell divested seed treatments to Bayer.

The proposed judgement requires Bayer to supply certain seed treatments products to BASF at variable cost for a limited time, to maintain continuity of seed treatment supply for the divested businesses.

"The seed treatment supply provisions aim to place BASF in the same cost position as Bayer before the merger," DOJ said in the judgement. "By doing so, the remedy preserves competition during the transition period since BASF's pricing decisions will be based on the same underlying cost structure as Bayer prior to the merger."

Some public commenters, including the Natural Resources Defense Council, expressed concern BASF would lack incentive to compete against the merged company due to the number of post-divestiture agreements between BASF and Bayer as well as BASF's interest in dicamba production.

"These concerns do not cast doubt on the strength of the proposed remedy," DOJ said. "The proposed final judgment incentivizes BASF to compete aggressively against Bayer and other competitors, and encourages BASF to become independent from Bayer as soon as is reasonably possible."

A number of groups opposed to the merger condemned DOJ's approval, despite the record divestiture. National Farmers Union, for instance, weighed in by noting the level of related mergers, including Dow-DuPont and Syngenta-ChemChina that have brought the seed and chemical industry down to fewer global competitors.

In a statement to DTN, Tiffany Finck-Haynes, pesticides and pollinators program manager with Friends of the Earth, called the merger a "disaster" for American farmers and families.

"Our agricultural economy has become a game of corporate Russian roulette, eliminating consumer choice and decimating family farms," she said. "These woefully inadequate concessions are a blatant sign that the Department of Justice cares more about protecting corporate profits than defending the interests of the American public." 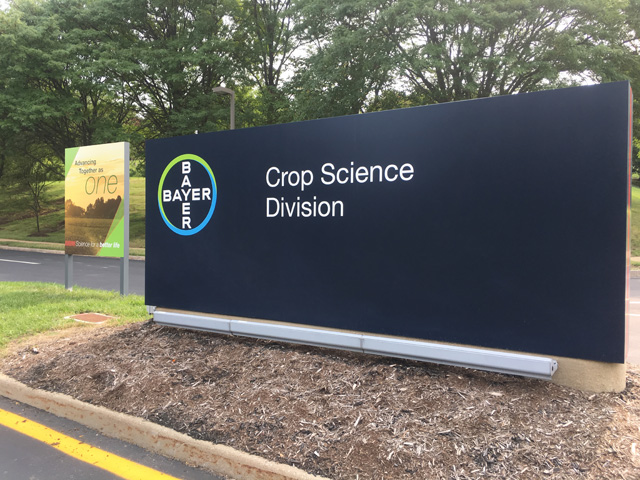