His company sent a survey to thousands of Midwest growers and learned that 48% wanted to see the current dicamba labels changed or canceled. Beck recently sent a letter to EPA recommending that the dicamba label for XtendiMax, FeXapan and Engenia "be modified to restrict dicamba in its current formulations to pre-plant only."

It was a bold move for a seed company that -- like other independents -- has licenses and working agreements with Monsanto, the registrant of Xtend soybeans and XtendiMax, which is now owned by Bayer.

"We're about helping farmers succeed," Beck told DTN. "People say this is just because you want to sell more Liberty beans. Well, we sell dicamba beans, too. And we would like to be able to sell both, so farmers have a choice on their farm to grow what they choose."

A WEALTH OF NEW TRAITS

"For the first time in a long time, our soybean catalog looks like the Sears Catalog," Thompson told DTN. "The beauty of being independent is you have access to a lot of different genetic platforms and the ability to go to customers and find a solution from our portfolio that fits. It's a nice place to be, but of course it adds complexity, too."

That complexity became problematic this summer, when customers began reporting concerns about off-target movement of dicamba, Thompson said. Some of Stine's customers, particularly Roundup-Ready soybean growers, have expressed interest in switching to dicamba-tolerant soybeans solely to protect themselves from dicamba, he said.

That is an unacceptable situation for the industry, Beck said.

"We believe in farmers having choices," he said. "Therefore, one farmer's choice of a trait he uses should not adversely affect a neighboring farmer."

EPA will decide in the coming weeks whether to re-register the three dicamba herbicides currently cleared for use on Xtend soybeans and cotton. The agency's original label approval was conditional, specifically calling for a review in 2018 due to concerns of drift and other off-target damage. Damage reports during the 2017 season led the agency to change wind speed and other application parameters for 2018.

EPA has received comments on the current relabeling decision from a range of sources, including independent seed companies like Beck's and Stine Seed.

AgriGold, which sells only Xtend soybean seed and has no immediate plans to branch out to other trait platforms, would like EPA to keep the dicamba herbicide label requirements as they are, allowing over-the-top applications to control weeds longer in the growth season.

"I think farmers need the option to have the [dicamba label] as it is now," said John Kermicle, AgriGold general manager. "To take that choice away now when weed control is a major challenge would be negative and devastating."

Beck is quick to point out that he is not trying to eliminate dicamba-tolerant technology. He hopes his recommendation -- that the herbicides be limited to pre-plant application -- will help preserve the technology.

"We make a very strong point that we are not for canceling the dicamba labels" he said. "We would like EPA to renew the labels with some restrictions that we believe would make it last a little longer in the industry."

Beck hopes limiting the use of dicamba in the hot summer months of June and July could allow other soybean traits to experience less damage and gain market share. A variety of soybean traits on the landscape could also keep dicamba-resistant weeds at bay, making dicamba-tolerant technology useful in the long term, he said.

"It doesn't take long for resistance to build up when everyone is using the same thing," he said.

Beck also hopes that making this change now could help stave off more severe regulatory restrictions on dicamba in the future -- including the loss of the chemicals altogether, if off-target injury problems continue.

"We are only 2% of the population, and what we do with chemicals will be terribly scrutinized in the future," he said. "We don't want to do anything to call extra attention to the chemicals we are using and are needed for us to grow proper food supplies." 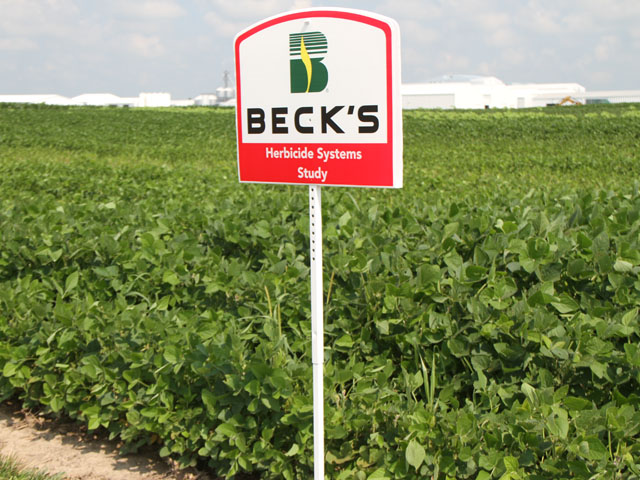