LINCOLN, Neb. (DTN) -- Proof that dicamba remains a complex and emotional topic was evident at a recent public meeting with the Environmental Protection Agency (EPA).

Last week, EPA officials and a handful of other agency representatives traveled to farm country to gather views on whether the three low-volatility dicamba formulations available for use with Xtend crops should be re-registered.

The conversation, attended by DTN, represented a cross-section of voices. Vocal were farmers who insist the technology is needed to control resistant weed populations, industry and those that have experienced injury in sensitive crops, trees and nursery settings.

The deadline to make a decision regarding Engenia, XtendiMax and FeXapan herbicides looms for the agency. Dicamba is a 60-year-old herbicide with a known ability to volatilize and move beyond its spray target. Although the three products in question were reformulated to be lower in volatility, the EPA initially issued conditional labels, which expire in November and December, depending on the product.

Goodis confirmed that the agency plans to make a decision in August on the registrations, which DTN has previously reported. "We have been pretty open that we really want to make some type of decision this month on whether to continue, and if so, how the product would still be used," he said.

"It is an extremely difficult decision. I can tell you that the senior management in the EPA all the way up to the administrator -- now acting administrator -- will be involved in the decision making," he added.

The Weed Science Society of America (WSSA) has facilitated similar crop tours in past years. University of Nebraska weed scientist Greg Kruger, WSSA's current liaison to EPA, organized the public forum. "The session was really meant for the EPA to listen to the concerns and comments from the industry as it relates to herbicides," Kruger said. Officials spent most of the week in Nebraska and also toured some Iowa farms. Several of the group had spent part of the previous week in Arkansas and Tennessee.

While the floor was open to all herbicide discussions, dicamba dominated the Nebraska conversation. Off-target movement of dicamba in 2017 caused EPA to tighten labeled application requirements for the three dicamba products approved for in-season use. The agency also made the three herbicides restricted use pesticides (RUP) and training became a mandatory requirement for every applicator.

Acreage of Xtend crops doubled in 2018, according to Monsanto. Soybeans are extremely sensitive to dicamba, and some farmers planted dicamba-tolerant soybeans as defensive measures, but did not spray the herbicides. A few individual states took additional measures to limit dicamba spray by calendar date.

However, pesticide misuse complaints are still being filed with state agencies. As of Aug. 6, Illinois, for example, had reported 389 cases of agricultural drift with 275 of the cases tied to over-the-top dicamba applications compared to 150 dicamba complaints during the same period in 2017, according to the Association of American Pest Control Officials (AAPCO). Nebraska has reported 128 drift cases to AAPCO -- 93 of them auxin related and 91 of them associated with over-the-top dicamba applications, compared to 79 dicamba cases as of this date in 2017. For a complete list filed with states, go to www.aapco.org.

VOICES FROM THE CROWD

For Bruce Hoffman, who owns a greenhouse nursery with his wife in southwest Nebraska, two years of back-to-back dicamba injury have been costly, he reported.

"I am 66 years old. We thought we had our business sold," Hoffman said. "I've told the [insurance] adjusters: Do you think I want to be 70 before I have my next crop of trees to sell?"

Jeff Kennedy, a certified arborist from Gothenburg, Nebraska, wanted EPA to understand what losing a 30-year-old tree means in a state where it is "really, really difficult to get trees to grow."

Weed resistance issues associated with potential overuse of dicamba were discussed. So were early season applications of older, more volatile dicamba and 2,4-D and the belief by some that dicamba sprayed in corn causes more injury than applications made in soybean. There was concern about dicamba carryover in non-GMO seed production. There were complaints about farmers not being adequately insured when injury does occur.

Terry Sorensen, a farmer from Minden, Nebraska, talked about the extreme weed pressure growers face today in a tough economic climate. The danger and cost of letting Palmer amaranth and waterhemp get established was top of mind for him and other farmers in attendance. Sorensen described his positive experiences with the Xtend technology and emphasized the importance of following the label. In one case, where he was lined up next to a sensitive field, he said he had the patience to wait five days before spraying in the conditions.

Goodis said the agency has heard similar thoughts while traveling around the countryside. He stressed the importance of hearing and listening to the voices from the field.

Balancing all of these concerns with the need for technology to try to control weeds is a big challenge, he said. He recognized the importance of other sensitive crops such as greenhouses and nurseries and the growing question between restricted-use and general-use products.

Another concern is the herbicide trait would still be in seed planted in 2019 even if EPA does not extend the registration for the three products. That leaves fears that more volatile compounds might be used instead.

"I can tell you this is a very complex issue. It's getting a lot of attention and is a very high-visibility issue," Goodis added.

"Right now we're in the information-gathering and evaluation process. We're getting information from states and other organizations such as USDA and WSSA to try to figure out what really is the best path forward," he said. 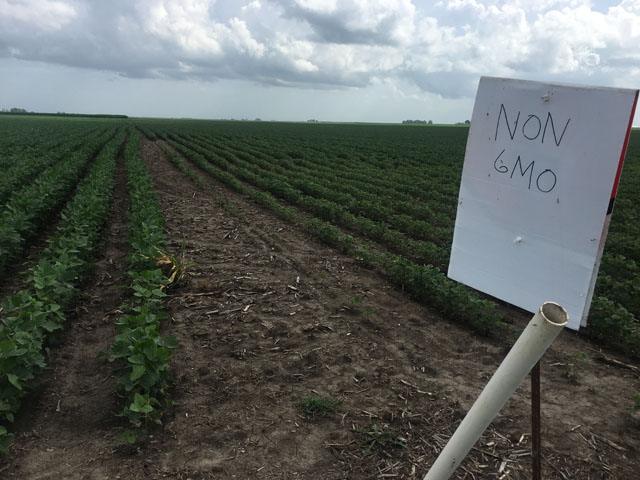