ROCKVILLE, Md. (DTN) -- Monsanto has shelved a longstanding project to bring Bt soybeans to the U.S. by the turn of the decade.

The company cited low grower demand, but U.S. insect resistance to the proteins in its Bt soybean product is more likely the culprit, entomologists told DTN.

Monsanto first launched Intacta RR2 PRO soybeans, which contain the single Bt protein Cry1Ac, in South America in 2013. The company has produced a second-generation product called Intacta 2 Xtend, which adds the Bt proteins Cry1A.105 and Cry2Ab2, as well as dicamba tolerance. Both products target certain Lepidoptera pests of soybean, such as soybean looper and velvetbean caterpillar.

Intacta 2 Xtend was initially slated for commercialization in the Southern U.S. around the same time, according to a DTN interview in April with Renata Bolognesi, Monsanto's North American lead for corn and soybean technology. Monsanto has spent more than a decade working with Southern universities to test the efficacy of Bt soybeans in the U.S., as well as determine what refuge system would be required for them here.

But in early May, Monsanto told DTN that the project has been halted indefinitely.

"We found that there was a lack of product demand from our growers in the region," Monsanto spokesperson Kyel Richard said in an email. "...Therefore at this time we do not intend to launch this particular technology in the U.S."

"Both pests are resistant to pyrethroid insecticides, and soybean loopers are starting to show resistance to diamide insecticides," Catchot explained. "So we're putting tremendous pressure on the diamide class of chemistry in all crops. If we lose them, the demand for Bt soybeans, in the absence of new chemistry, would be extremely high."

However, the Bt proteins in Intacta 2 -- Cry1Ac, Cry1A.105 and Cry2Ab2 -- have already been compromised by insect resistance in the U.S., where they are used extensively in Bt cotton and Bt corn.

Texas A&M entomologist David Kerns and his colleagues have identified bollworm populations across the South with resistance to Cry1Ac and Cry2Ab.

Resistance to Cry1A.105 and Cry2Ab2 has also been found in corn earworm populations in Maryland.

Moreover, Cry1A.105's similar mode of action to other Cry1 proteins on the U.S. landscape spells trouble for the trait, Kerns noted.

"It's a vector stack -- they've taken the active part of the toxin from several different Cry proteins -- Cry1Ab, Cry1F and Cry1Ac -- and put them into one," he explained. "So cross resistance would be highly likely, and there is already established resistance to Cry1F in all bollworm populations. So I would suspect Cry1A.105 would not have much activity on our Helicoverpa zea [bollworm] populations."

This growing insect resistance to shared Bt traits in corn and cotton has likely compromised the success of Intacta 2 in the U.S., Catchot said.

"At this point what we're waiting on is for someone to get some unique [insect-resistant] genes into soybeans that we don't have in corn and cotton already," Catchot said.

Monsanto declined to comment on the problem of U.S. insect resistance to its Bt soybean traits.

For now, Intacta will remain a South American phenomenon, where it has proven a reliable growth market for Monsanto as the only Bt crop in that region.

There, Intacta RR2 PRO acreage has ballooned from 3 million acres in 2014 to an estimated 60 million acres in 2018, according to company financial filings. Monsanto told DTN the product has performed well against the caterpillar pests in Brazil and Argentina, a mix of velvetbean caterpillar, soybean looper, armyworms and Old World bollworm -- an aggressive cousin of the cotton bollworm in the U.S.

However, the Bt soybean product could soon run into insect resistance in South America, as well.

Since Intacta 2 Xtend is not expected to hit the field until 2021, tens of millions of acres are relying on the lone Bt protein Cry1Ac, with variable refuge compliance, which is not required in Brazil or Argentina.

"We are looking at eight seasons with a single trait," said Kidnie, Monsanto's South American lead for corn and soybean technology. "Intacta is performing very well down there, but we know it's a numbers game, and it's only a matter of time for pest resistance with the number of insect generations there. That's why we're focused on [Intacta 2 Xtend]," he added. The company is also working on a third-generation product called Intacta 3, but it is still in the early phases of development.

Barring any future divestitures, the Intacta program will soon fall under Bayer's ownership, once the company's purchase of Monsanto is finalized.

Corteva Agriscience may soon add another Bt trait to the South American landscape, when it finally launches its Bt soybean product, Conkesta, which contains Cry1Ac and Cry1F. The company is still waiting on a few key import approvals before it can commercialize Conkesta in South America.

Corteva has no plans to bring Conkesta to the U.S., said Adrian Mel, the company's global soybean program leader. 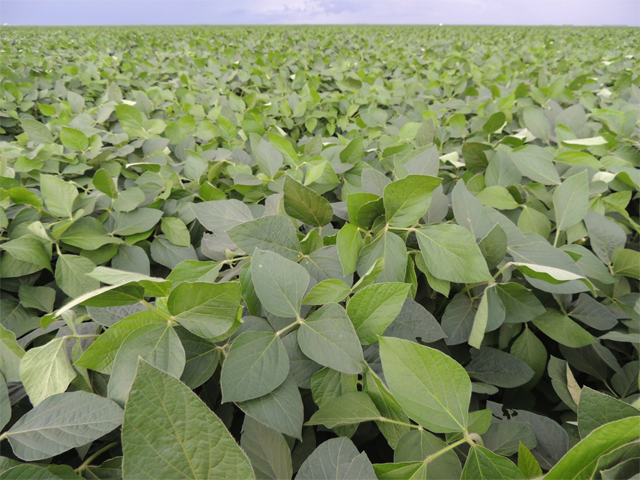