ROCKVILLE, Md. (DTN) -- Bayer is trimming its crop portfolio to help move its acquisition of Monsanto past regulatory obstacles in 2018.

The final takeover of Monsanto, which is now valued at $62.5 billion, is likely to take longer than expected, Baumann added. Bayer had hoped to complete the deal in early 2018.

"Our goal now is to be able to close the transaction in the second quarter of 2018," Baumann said. "This does not affect our expectation of a successful conclusion to the regulatory review, nor our conviction that this is the right step."

Baumann did not indicate which company might buy its vegetable seed business, which operates under the brand name Nunhems and covers 1,200 different seed varieties for more than 25 vegetable crops.

This latest divestiture follows Bayer's 2017 agreement to sell major portions of its cotton, canola and soybean seed businesses to BASF for nearly $7 billion, including the LibertyLink weed-control system.

These moves are designed to appease various regulatory authorities, such as the European Commission, which has pushed back the deal's timeline considerably.

In the U.S., the Bayer-Monsanto deal received a green light in 2017 from the Committee on Foreign Investment in the United States (CFIUS), which scrutinizes mergers for national security issues. However, Bayer is still waiting on approval from the U.S. Department of Justice, Baumann said. 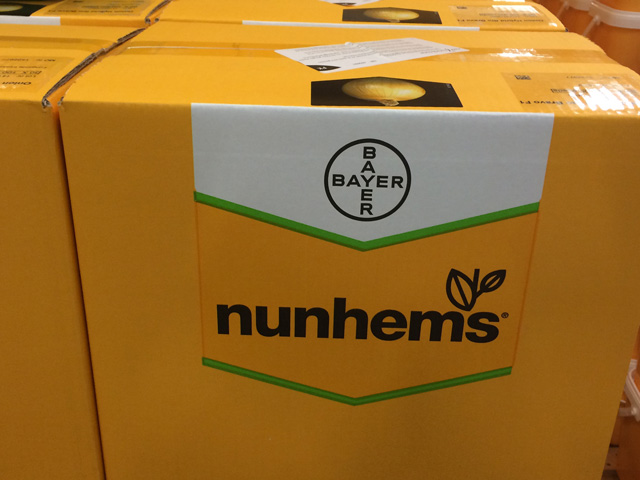