Kris Ehler is man enough to admit he loves to receive flowers on his birthday. However, the Thomasboro, Illinois, farmer isn't referring to a traditional bouquet. Instead, he's talking about flowers in soybean fields.

For Ehler, seeing the first blooms on June 1 is the perfect present. Soybeans flowering this soon may be uncommon for east-central Illinois, but he's determined to change the mindset on how the crop is grown in the Midwest.

Regardless of growing region, getting started early in the planting season seems a universal answer to the pursuit of 100-bushel-and-beyond soybean yields. It doesn't stop with planting date either. High-yield growers start pampering that seed before it ever leaves the bag and continue to encourage it to full potential the minute it touches the soil.

High-yield soybean growers tend to spoil the crop from Day 1 and make no apologies for doing so, University of Wisconsin soybean agronomist Shawn Conley agreed. "There are lots of things to do during the season to protect the crop. But, there's no substitute for a good start and preventing problems," he added.

When forced to rank prerequisites for pushing yield, Conley sees genetics at the top of the heap. Tim Gregerson, Herman, Nebraska, spends a good share of the winter months crunching through variety trial information and picking his lineup for the coming season.

Gregerson farms with his father, Larry, and his son, Garret. The three generations raise corn and soybeans in the river bottoms of the nearby Missouri River, as well as in the hills overlooking the valley. With 60% of the acres irrigated and a broad diversity of soil types, there's a need to choose varieties that fit each field.

The more nodes those varieties exhibit the better, Gregerson said. Genetics matter, but he also knows it's early management that ultimately influences the total number of nodes the plant can potentially produce. The more nodes, the more pods and, ultimately, more yield.

Gregerson plants soybeans in 20-inch rows attempting to develop the soybean canopy more quickly and intercept as much light as possible. Canopy closure on narrow- to medium-spaced rows can happen up to 10-to-15 days earlier than more traditional 30-inch rows.

Like Ehler, Gregerson continues to push planting earlier and earlier, despite his western location. He now starts planting beans in late April, often at the same time as he is planting corn. "We plant as early as we can after there are no more concerns of a late freeze," he said.

Planting date influences when V1 growth stage occurs. While the speed at which nodes accumulate from V1 to R5 is not influenced solely by planting date, early planting does increase the total number of days between those two growth stages and, thereby, the number of nodes per plant.

Early is one thing, but mudding in beans can be a mistake, especially if it leads to sidewall compaction. The results of rushing good planting conditions shows up later in the season, especially if the weather turns off dry, and roots start hitting the wall. "You pay for your sins all season long if you plant in wet conditions," Conley warned.

Ehler said his interest in reaching lofty yield goals began when Missouri farmer Kip Cullers set what was then a world best of 154.47 bushels (irrigated) in 2007. "I asked myself, 'Why can't we get better soybean yields on the highly productive soil that we have here when he's setting world records on what I consider a lesser soil type?'"

Extensive research on high yield kept pointing to one common denominator -- early planting. As a result, he turned his attention to setting up planting-date trials. Ehler's first test plot was in 2009, seeding soybeans on April 26. "It [April planting date] was completely and absolutely unheard of for that time," he recalled. Standard start time for the area was around May 10.

That initial early-planted plot yielded 10 bushels better than the same variety seeded three weeks later. "I knew then I was on to something," Ehler said.

He continued to push the planting window in subsequent trials. In 2016, soybeans planted March 12 produced 76 bushels on a 1/2 plot despite multiple frosts thinning final stand to 53,000 plants. More importantly, during the past four years, Ehler's early-planted trials (April 20) have seen on average an 8.5-bushel advantage over conventional (May 15) planting dates.

BRING ON THE BLANKETS

This year, however, Ehler did the unthinkable for Illinois by planting the trials on Feb. 22 and 27. "It's a lot earlier than I would ever recommend to any grower," he noted, "but I wanted to be able to take them to yield to really drive home the point the importance of early planting."

Fortunately, he got a break in the weather with an unseasonably warm stretch. Air temperature was 70 degrees Fahrenheit at planting, with a 4-inch soil temperature of 57 F. He planted at a 2-inch depth a long season Group 4.7 variety commonly grown in Arkansas and Georgia, and a more mid-season Group 3.6 variety. "From there, it's an emergence game," Ehler stressed, explaining his goal is to delay emergence until April, when odds diminish of a killing frost to the young seedlings.

Seed sprouted within five to six days after planting, but a 2-inch snow provided crucial insulation and protection. Seedlings began to emerge some six weeks later, resulting in a 92% final stand from an initial planting population of 136,000 seeds in 30-inch rows.

Ehler obviously pushed the envelope, but Conley said sometimes we don't give soybeans enough credit for their ability to compensate. While it's nice to see synchronized soybean emergence, Conley doesn't panic if it doesn't happen. "It's not nearly as critical as in corn, especially at the 120,000 plants per acre [ppa] [or higher] populations most farmers are dropping these days. Get below 80,000 ppa, and I get a bit more concerned," he said.

Conley's studies have shown even plants that take an additional 10 days to emerge compared to their siblings can compete without damaging yield. The compensation is a credit to the seed industry's breeding efforts to improve how the soybean plant branches and packs pods on those branches, he said.

Seed treatments are a critical good-parenting practice in these early management scenarios, Conley said. Think of it as a preventative vaccination program against common ailments. "A lot of farmers decided to skip seed treatments in 2017 in order to cut input costs. Those that experienced a wet spring, in particular, ended up kicking themselves," Conley said. "All the stars aligned this year for a huge influx of early-season diseases such as pythium and phytophthora."

Gregerson wouldn't think of going to the soybean field without a seed treatment. The challenge in these tough economic times, though, is penciling how other additives fit into the budget. He's eased into using a soil biological that improves nutrient uptake by testing it first in side-by-side trials.

"We have seen some costs such as fuel and fertilizer come down some in recent years, but seed prices have not," he said. "We look at return per acre and not all-out yield."

One thing he doesn't skimp on is scouting, particularly around V3 and V4 growth stage, when the benefits of seed treatments can start to wane, he said.

When Ehler went to the field ultraearly this year, the varieties had a fungicide/insecticide seed treatment (CruiserMaxx Advanced with Vibrance) wrapped around them to help protect the seed from the harsh environment. The rest of his program included:

The summer turned dry June through early August, with less than 4 inches of rain. Soybeans in the test plots struggled to canopy and aborted pods. At harvest, the Group 3.6 netted 86.88 bushels per acre (bpa) at 11.9% moisture, surprising Ehler.

The Group 4.7 beans had not been harvested at press time. He's optimistic yield will be even higher because the plot received two late rains. Area farmers who planted in the standard maturity ranges were reporting yields around 60 bpa.

"Planting a longer maturing variety opens the door for genetics that a Midwest producer never thought about using," Ehler said. "But, when you can combine it—Group 3.6 and above in east-central Illinois—with early planting, it allows you to take advantage of the entire growing season, setting the crop up for optimal yield potential.

"The challenge now is to take what I've learned and apply to a larger scale. I want to produce the world yield record for nonirrigated soybeans," Ehler said.

Now that would be a great birthday present.

Gregg Hillyer can be reached at gregg.hillyer@dtn.com 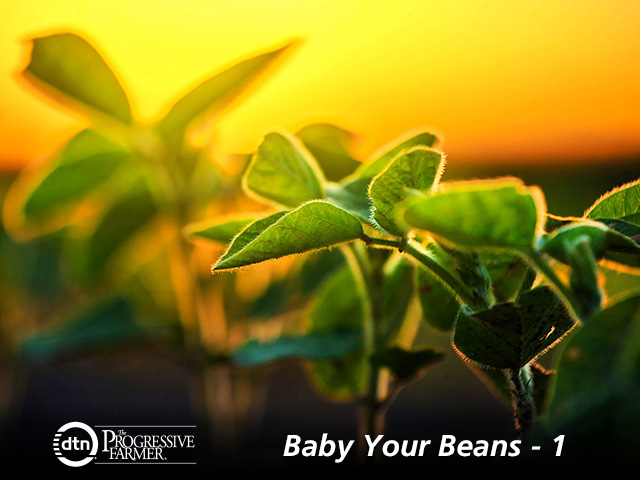