OMAHA (DTN) -- The U.S. Environmental Protection Agency made label changes to dicamba products for 2018, but some members of an EPA committee question if the changes will reduce the frequency of off-target damage seen on soybeans and other crops in 24 states in 2017.

Reuben Baris, acting branch chief for the EPA's herbicide branch, presented data from the University of Missouri outlining the extent of the damage and the label changes made.

The state of Arkansas had 986 dicamba-related damage complaints. Missouri was second at 310 complaints, followed by Illinois at 245.

"We can't have a year next year like we had this year," he said. "The changes here are not that significant. We require training prior to purchase. We have to do a better job of being stewards of these products."

Amy Asmus, a certified crop adviser at Asmus Farm Supply in Iowa, representing the Weed Science Society of America, said she has done "extensive" training with applicators in Iowa.

Baris said the agency didn't mean to insinuate applicators are not following label directions. The label changes for 2018 designate dicamba products sprayed over the top as restricted-use pesticides, meaning they can only be applied by trained applicators and are not available to the general public.

"We tightened the label in the short time we had available to us," Baris said, "so growers have the information ahead of 2018."

"That may underestimate the damage," he said. "The issue is extremely dynamic. As soon as we received the figures presented, they were outdated."

The agency hopes to receive more-detailed damage information from state agencies at some point.

The committee is a federal advisory committee that meets with the agency on a regular basis to discuss pesticide regulatory, policy and program implementation issues.

Baris said the agency is aware of damage to many other fruits, vegetable crops and other plants. That includes tomatoes, watermelon, cantaloupe, vineyards, pumpkins, vegetables, tobacco, residential gardens, trees and shrubs.

When contacted by DTN, a spokesperson for BASF provided the following statement: "We are also pleased to see an emphasis on training and we believe that when the label is followed, these updates will help address these concerns for next season. We look forward to working collaboratively with state agencies to help develop or enhance training programs so everyone can have a better experience in 2018."

DuPont corporate communications spokesman Gregg M. Schmidt said in a statement to DTN the company is pleased with the ongoing collaboration between industry, academia and government.

"DuPont supports label changes that help properly steward new technologies, and we know that farmers want to utilize technologies in an appropriate manner to find weed control results," he said.

Scott Partridge, vice president of global affairs for Monsanto, told DTN the company received more than 1,400 inquiries from its customers about off-target movement. Out of those reports, he said about 91% of those told the company there were critical aspects of the current label not followed when applying.

"All of these causes are readily fixable with training and education," Partridge said.

With the changes to the label for 2018 along with training and education, he said, next year will be an "extremely positive experience" using the products as long as the label is followed.

"I think we're going to be in a much better place," Partridge said.

Manufacturers have denied that volatility was a significant contributor to off-target dicamba injury, which affected 24 states and more than 3 million acres of soybeans in 2017. 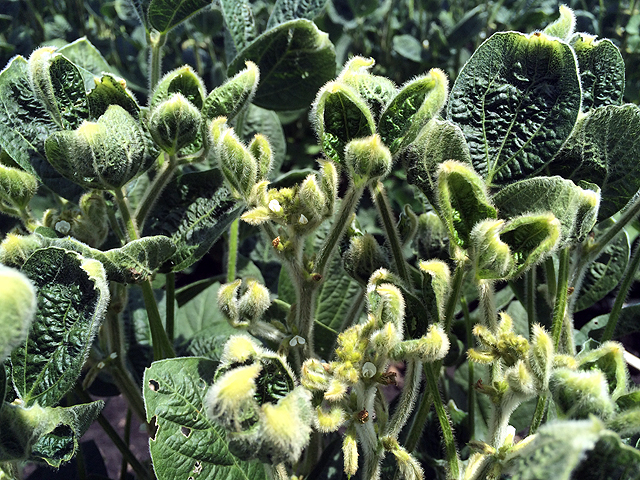