ROCKVILLE, Md. (DTN) -- Growers will have access to dicamba to spray on dicamba-tolerant crops in 2018, but the herbicides will come with new label restrictions and will be categorized as restricted use pesticides.

Here are the highlights of the new EPA restrictions for dicamba for 2018:

The dicamba herbicides will be restricted use pesticides, which will limit their availability and use to certified retailers and applicators, as well as require more comprehensive record keeping.

Applications are limited to sunrise to sunset, effectively banning nighttime spraying, when temperature inversions are most likely to occur.

Applications are also limited to wind speeds of 3 to 10 mph.

Manufacturers have steadfastly denied that volatility was a significant contributor to off-target dicamba injury, which affected 24 states and more than 3 million acres of soybeans in 2017.

Scott Partridge, vice president of global affairs for Monsanto, told DTN that as long as XtendiMax is applied according to the new labels, any volatility that may occur would not cause economic damage to neighboring non-dicamba-tolerant soybean fields.

Monsanto is pleased with the new label changes and restricted use classification, which the company submitted voluntarily to EPA, Partridge added. The EPA said it worked closely with dicamba manufacturers, as well as state regulators and Extension agents to craft its new restrictions.

"What we proposed in this new label addresses exactly what we found to be cause of off-target [dicamba] movement this year," Partridge said. "We support mandatory training, record keeping and limiting sales to certified applicators. We believe this is the right move."

Other groups are less pleased with EPA's decision.

"This bow to pesticide-makers virtually assures ongoing dicamba drift will continue to damage millions of acres planted by farmers who choose not to plant Monsanto's crops," said Nathan Donley, a senior scientist with Center for Biological Diversity. "The research is clear that dicamba drift is unbelievably difficult to predict and control yet the EPA has bought the industry line that the user, not the product, is at fault."

Work by Purdue University and others have questioned the practicality of meeting label restrictions given the few number of days available with winds below the former requirement of 15 mph. The new, lower, wind maximum could make days suitable for spraying even fewer.

How dicamba use plays out in 2018 will be key to the future of the new dicamba herbicides, EPA noted in its release of the new restrictions.

"EPA will monitor the success of these changes to help inform our decision whether to allow the continued 'over the top' use of dicamba beyond the 2018 growing season," the agency said. "When EPA registered these products [in 2016], it set the registrations to automatically expire in two years to allow EPA to change the registration, if necessary."

Some states are considering even tougher application restrictions ahead of the 2018 season. 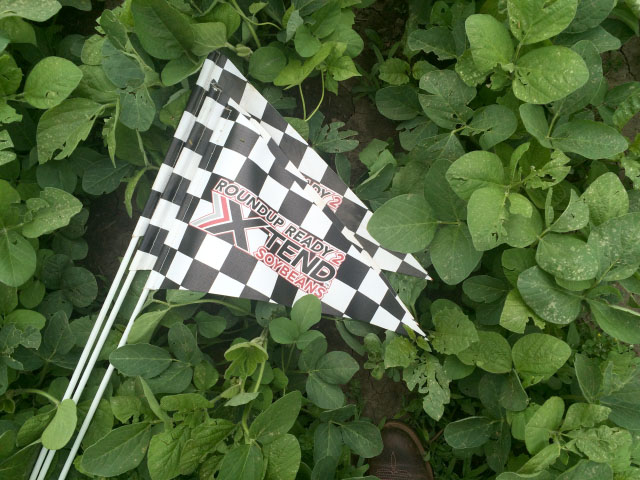