Still, we don't want to abandon the concept as a potential practice just yet. It still has a place when applied in the right situation at the right time with the right product.

The challenge is figuring out exactly when it pays and a recommended supplemental rate. Soil texture (potential N supply), soil pH and electroconductivity (affects N fixation) and the growing season (available moisture) all factor into the opportunity to get a yield response.

Ignacio Ciampitti, agronomist and soybean specialist at Kansas State University, has been studying N use in soybeans. He identified that measuring uriede concentrations in the plant can measure N fixation. Uriedes are the primary end product of the fixation process.

Nitrogen fixation is primarily affected by environment and particularly soil. "In some soils, plants are only capable of producing 30% of their N needs, while in other soils as much as 80%," Ciampitti said. "In these contrasting environments, plants either rely more on N fixation or on soil sources. We are just beginning to understand in which soil environments N fixation responds and need to calculate a soil's N supplying power to compensate."

University of Illinois crop physiologist Fred Below has been evaluating the application of N as part of program called Six Secrets of Soybean Success. Here are his findings:

-- Soybeans produce about 50% of the N needed from the nodules with the rest coming from the soil.

-- Soybean accumulate between 4 and 5 lbs. of N for every bushel of grain produced.

-- Nitrogen applied preplant at 30 to 60 lbs. per acre can benefit establishment without negatively impacting nitrogen fixation.

-- Supplemental nitrogen doesn't shut down N fixation as previously thought and rates as high as 100 lbs. per acre can be applied without a detrimental effect on nodules or nitrogen fixation.

-- Preplant applications of N were the most consistent in increasing yield because they provided young plants with needed N before the nodules become active.

-- Nitrate-containing and controlled release sources such as ESN were the most effective at all post-application stages, while urea sources and ammonium sulfate were most inconsistent.

-- Soils with a high N mineralization rate will support higher soybean yield potential, but won't necessarily provide enough beyond what the plant can fix. Soils can mineralize more N when soil conditions (organic matter, temperature and moisture) are ideal.

-- At a given site, substantial yield increases can be obtained by applying the right source at the right time, but year-to-year weather variations significantly influence response.

Applying N on soybeans with prospects for a yield increase and economic return requires understanding your crop, soils and environment. It's good to keep experimenting and pushing, but also important to understand that until we can solidly nail down N fixation and soil contribution, there's only a 50% to 60% chance of a yield response.

Dan Davidson can be reached at askdrdan@dtn.com 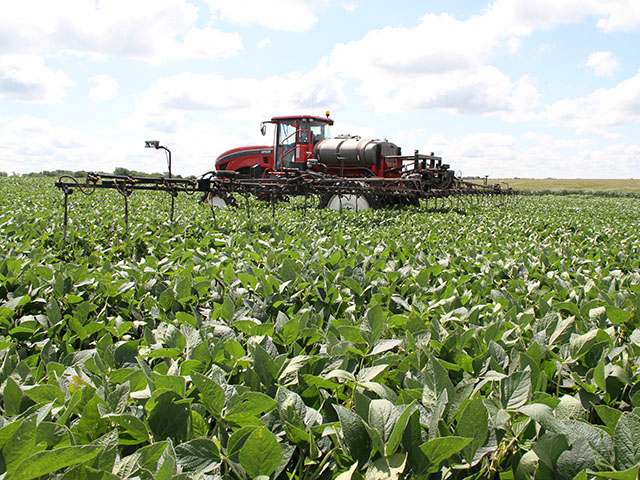