Corn hybrids with the Enlist trait, which grants tolerance to 2,4-D choline and glyphosate, will now be available for planting in the 2018 season, Dow said in a news release.

"Enlist corn will be widely available in the U.S. and Canada, and will be sold as both SmartStax Enlist and PowerCore Enlist hybrids, creating the leading weed and insect control packages in the industry," the release said. "The Enlist technology will also be licensed to other seed companies."

Only Enlist cotton was commercially available this year in PhytoGen cottonseed varieties. The Enlist soybean trait is still waiting on import approval from China and the European Union, Dow said. The company has been holding the technology from full commercialization until both the trait and herbicides had approvals.

Enlist Duo, a premix of 2,4-D choline and glyphosate sold by Dow, is registered for use with all Enlist crops in 34 U.S. states. The Enlist trait also allows Enlist corn hybrids to tolerate postemergence FOPs applications in addition to 2,4-D and glyphosate.

Dow has been gearing up for its Enlist corn and soybean production for years, in part by letting individual farmers grow the traits under strict stewardship protocols.

In addition to licensing the Enlist corn trait to other seed companies, Enlist corn hybrids are immediately available from Dow seed companies such as Mycogen, Brodbeck, Dairyland, Pfister and Prairie Brand, the company said in a second, more detailed news release sent to DTN.

Enlist cotton will continue to be sold in PhytoGen varieties in 2018, and the company has soybean varieties ready to go as soon as final import approvals come through.

"Dow AgroSciences is ready for full commercialization of Enlist Roundup Ready 2 Yield soybeans and Enlist E3 soybeans and is considering options for the 2018 season as it awaits final import approvals from China and the European Union," the release said.

A Dow public relations spokesperson added that, "Dow AgroSciences is hopeful all traits in the final approval queue will be approved by the end of the 100 Days initiative based on the process outlined in the U.S. Dept. of Commerce progress report in May."

You can find that initiative, which outlines 10 economic cooperation agreements between China and the U.S., here: http://bit.ly/….

In addition to international trait approval delays, Dow faced roadblocks to the full registration of its corresponding Enlist Duo herbicide. The herbicide was initially registered for use in cotton in 15 states in 2014.

Enlist Duo is now registered for use on Enlist cotton, corn and soybean crops in 34 states in the U.S. 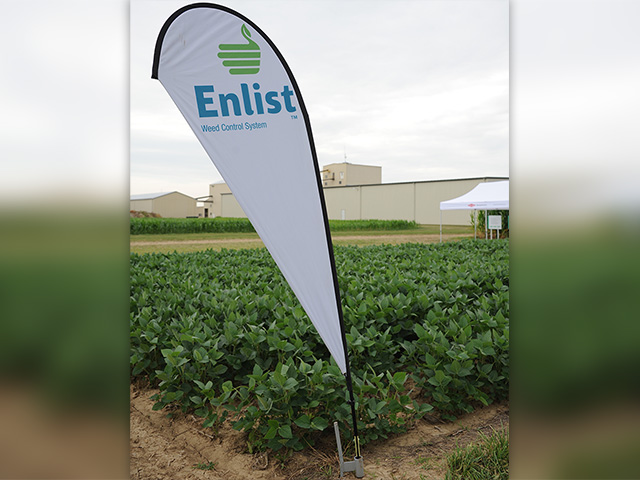