With aid from a mild winter and plentiful winter weed cover, armyworms and black cutworms abound in many Midwestern cornfields. A soggy spring has also allowed slugs to surface as a slimy plant pest in the Eastern Corn Belt and Mid-South.

Finally, western corn rootworm larvae are beginning to hatch and root feeding will begin soon, if it isn't already underway.

Add to this scattered regional reports of southwestern corn borer, stalk borers and Japanese beetles emerging, and the message to farmers is clear: Scout carefully and often.

Fields are getting slimy for some farmers in Indiana, Illinois, Kentucky, Ohio and Pennsylvania. There, slugs have taken advantage of the abundant moisture to infest corn and soybean fields.

Slugs are at their worst in no-till systems and weedy fields, noted Purdue entomologist Christian Krupke and IPM specialist John Obermeyer in a university pest alert.

They emerge at nighttime and produce very distinctive damage from their tongue-like mouthparts.

"On corn, slugs feed on the surface tissue of leaves resulting in narrow, irregular, linear tracks or scars of various lengths," the Purdue scientists wrote. "Severe feeding can result in split or tattered leaves that resembles hail damage. Soybean damage is not as predominant on the foliage, but rather on the hypocotyl and cotyledons."

Treatment is tricky and often impossible, added Penn State entomologist John Tooker. Slugs are not affected by any insecticides, including Bt or neonicotinoid seed treatments.

The first option is to do nothing, Tooker said.

"If plants are still growing and new growth has less feeding damage than old growth, things are going in the right direction and slug populations may not need to be managed; hope for dry weather and come back to check on that field later in the week," he wrote in a university pest alert. "The same philosophy (i.e., managing for stand success) can be used for soybeans, but plants are more vulnerable to being killed by slugs because their growing tip is above ground."

If the damage is truly endangering your stand, metaldehyde-pellet baits or nitrogen solutions can help, but application is difficult, and rainfall can wash the baits away quickly.

WORMS ON THE LOOSE

The offspring of those moths are now feeding on cornfields in Indiana, Illinois, Minnesota and Wisconsin, according to university pest alerts and reports.

Some Bt corn hybrids list black cutworm and armyworm as pests they control, but not all. (See which Bt proteins are in your corn hybrids with Michigan State's Handy Bt Trait Table here: http://msuent.com).

Keep in mind that high pest numbers can overwhelm this protection, particularly if a corn plant is small or stressed by environmental conditions, Purdue entomologists noted in an April news alert.

Severe infestations could require rescue foliar treatments. Fields that had grassy weeds, wheat, grass hay or grass cover crops early in the season will be at high risk for feeding from worms, entomologists noted.

Unlike past years, June weather is looking pretty favorable for rootworm larvae, which are beginning to emerge, according to reports from Indiana, Illinois and Kansas.

"It's not too wet -- in fact, it's a little bit drier than I would like it -- but for rootworms, those are pretty good conditions," said Joe Spencer, an entomologist with the Illinois Natural History Survey. "We're not going to lose larvae to saturated soil conditions as we have the last couple years."

Based on beetle populations last year, larvae populations aren't expected to be huge, but they are growing, Spencer said.

Rootworms emerged as early as May 17 in northern Kansas, and are feeding on corn plants still in the V-4 to V-6 stage, he noted in a university agronomy newsletter. Wet soils have compromised many of those plants, he added.

"Under more normal conditions, these larvae would be feeding on larger plants with better established root systems at this point in the season," Whitworth wrote. "This earlier-than-usual feeding can have a much greater impact on the younger plants than when feeding is on larger, better-established plants."

In Indiana and Illinois, rootworm larvae will likely enter their second instar stage next week, Spencer said. That means they will be more visible and easier to scout. For help scouting rootworm damage, see this guide from Purdue here: http://bit.ly/…. 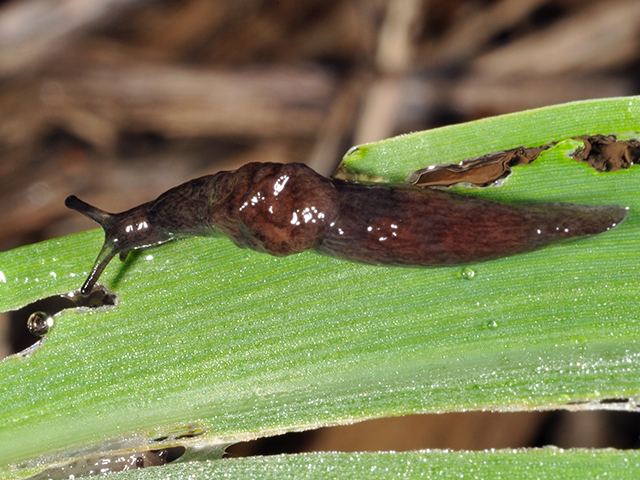