ROCKVILLE, Md. (DTN) -- How bad has this spring been for corn planting?

Bad enough that some seed companies are now getting calls requesting a second round of replant corn, and the planting season is far from over.

"As far as I know, this will be an historic replant year, particularly for corn," said Ryan Parkin, director of sales and marketing for Beck's Hybrids.

For Burrus Seed, this year is still nowhere near 1993, when one of the worst floods in U.S. history wrecked fields along the Mississippi and Missouri Rivers from April to October.

AgriGold agronomy manager Mike Kavanaugh said the record-setting wet spring of 2008 might top this year, but nothing else does. "This ranks right up there as number one or two for the worst years," he said.

The snow and rain system that swept across the Great Plains and Midwest the last weekend of April targeted a swatch of the Eastern Corn Belt that had seen excellent planting conditions in April. Freshly planted fields were flooded, chilled or struggled to emerge from crusted soils.

"So we had record planting in an area where we now have record replanting," Parkin said. He said Beck's is seeing three times their normal replant rate, which usually hovers just under 3%.

The areas with the most replant demand so far are Arkansas, Indiana, Illinois, Ohio, Missouri and parts of the Great Lakes states, Iowa and Kentucky, seed companies said. Kavanaugh said his agronomy team in the Eastern Corn Belt is reporting overall replant rates ranging from 10% up to 30% and 40% of planted fields, across all seed companies.

"The farther east you go, the worse it is," he said.

Another ill-timed mid-May storm system then hit parts of Illinois and Indiana, right after many growers had finally gotten into the field to replant chilled and flooded fields, Parkin said.

That has led to calls for a second corn replant, mostly from Illinois and Indiana growers, Parkin and Kavanaugh said.

Representatives from AgriGold, Channel, Beck's and Burrus all agreed that the seed supply is holding up so far.

AgriGold went into the year with good seed stock surpluses, thanks to binbuster production in the past two years and a slight reduction in corn acreage this year, Kavanaugh said.

"Of course the very best hybrids, the latest genetics -- those are tough to get," he added, an observation echoed by all the seed companies.

"The closer we get to June 1, the tougher switching to earlier hybrids may get as far as availability, as well as the trait package that you want," said Channel agronomist Jim Erwin. "You may have to plant a SmartStax on soybean ground that had Double Pro before, for example."

Sometime in the first to second week of June, seed companies expect the corn replant demand to switch gears to soybeans. Crop insurance and herbicide decisions earlier in the spring will play a major factor in this, however.

"The practical date to switch from corn to soybeans (also dependent on preventive planting dates/crop insurance dates) is mid-June," Porter said in an email. With corn planting at that point, most growers should budget for 50% of the maximum yield, although ideal growing conditions could improve that, she added.

"After mid-June, you may consider planting soybeans (depending on the herbicide program applied to the field)," Porter said. "By late June, you could expect 50% of maximum soybean yield or more with rain/good weather."

Parkin has one rule of thumb for farmers agonizing over replant decisions.

"I always recommend that when things aren't fit to plant again, the best thing a farmer can do is go and plant any unplanted acres first, whether it be corn or soybeans and then come back and evaluate replant stands," he said.

By then, that raggedy corn stand planted in early May and sporting 22,000 plants per acre may be in much better condition and hold higher yield potential than a fuller stand planted in late May, he explained.

"The later stand might look better, and it might make you feel better, but looks don't pay the bills," he said. "Economically you lost money doing it."

Growers who do decide to replant should keep in mind the herbicide program and fertility of a previous field when considering switching to soybeans. While nitrogen is a big investment for corn growers, much of it may already be gone after this wet spring, Erwin noted.

As for hybrid maturities, do your homework before asking for earlier ones.

Some earlier-maturing hybrids move well between growing geographies, but not all, Erwin said. Picking a short-season hybrid developed for the northern Corn Belt could prove disastrous for disease control in more southern regions, added Parkin. 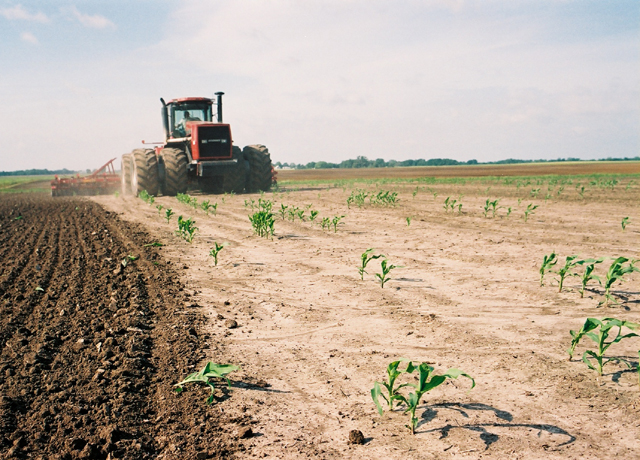