ROCKVILLE, Md. (DTN) -- Farmers aren't the only ones buzzing around busily during spring planting season.

Honey bees also pick up their foraging pace at this time of year, when pollen sources abound. That spells trouble, according to a new study from Purdue University.

The study, led by entomologist Christian Krupke, concluded that more than 94% of honey bees in the state of Indiana are at risk of exposure to varying levels of neonicotinoid insecticides, including lethal levels, during corn planting.

That exposure occurs when the insecticides, which are coated on individual seeds, "dust off," from those seeds during planting and the dust drifts beyond the field borders.

The study also concluded that the neonicotinoid treatments in Purdue corn research plots from 2012-2014 did not provide any yield benefit.

This research is sure to face pushback from neonicotinoid manufacturers and seed companies, for which seed treatments have become a steady and productive revenue stream over the past decade.

According to EPA estimates, nearly 100% of U.S. corn acres are treated with one of two neonicotinoids each year -- clothianidin (Poncho, from Bayer) and thiamethoxam (Cruiser, from Syngenta).

A majority of soybean seeds also are routinely coated with thiamethoxam, clothianidin or imidacloprid (Gaucho, from Bayer and Valent USA) annually.

A number of companies have pushed even higher and now offer seed treatments with 1.25 mg of neonicotinoid per seed, five times the original low rate.

In Krupke's most recent study, which took place during the 2012 and 2013 corn planting seasons, researchers placed small adhesive glass slides around a dozen neonic-treated cornfields in Indiana, at distances of zero meters, 5 meters, 10 meters, 50 meters and 100 meters away. The cornfields were treated with fungicide and a range of clothianidin (0.25 to 1.25 mg/seed), as well as either talc, graphite or both.

As corn planters moved through the fields, the slides caught any neonicotinoid dust leaving the field. Some slides became saturated quickly, so researchers suspect the amounts could be higher than what was recorded, Krupke noted.

The neonicotinoid dust declined the farther the slides were from the field, but it never dissipated entirely.

"We never hit zero," Krupke said. "We could have gone farther out. It turns out this [seed treatments] is a messy way to apply these pesticides."

After two years of this work, researchers used the dust residue figures to draw circles around all commercial cornfields in the state, representing the likely spread of neonic-tainted dust. They then overlaid data on honey bee hive locations around the state, using a site called FieldWatch.

Using honey bees' known foraging range, the researchers concluded that the vast majority -- 94% -- of the state's bees come into contact with neonic-tainted dust during the three- to four-week period of corn planting in the state. Bees then carry this dust back to their hives.

Krupke stresses that this is a conservative conclusion. The researchers did not take into account the double exposures that could occur when adjacent fields are planted at the same time. Nor did they account for the added surface area of the bees' wingspan or the strong static cling bees generate when flying, which helps them collect pollen in the air. They also considered only cornfields and didn't account for dust beyond 90 meters from the field.

The results suggest that the common advice to keep bee hives away from commercial crop fields is not an adequate protection for these exploratory insects.

The amount of neonicotinoid-tainted dust landing on Indiana beehives was generally below the lethal contact rate, Krupke noted. But bees frequently fly up to 2 miles to find flowers or water, and neonicotinoids suspended in the air eventually land on something -- water, plants, flowers, the ground or other objects.

"Although we focused on honey bees, this work is applicable to a wide range of non-target organisms, not just pollinators," Krupke pointed out.

Krupke also noted that the cornfields tracked in Purdue field trials between 2012 and 2014 showed no yield benefit from neonicotinoid seed treatments. That conclusion adds to a growing pile of research showing that neonicotinoids may not give Midwestern growers consistent yield benefits -- or even insect protection -- in either corn or soybeans.

Seed companies and farmers point out that the pests seed treatments target are hard to predict or scout. In corn, insects such as wireworms may be sporadic, but once they appear, they are difficult to treat in time and can do extensive damage that requires replanting.

As a result, many farmers prefer the insurance of a seed treatment, and seed companies have pushed treated seed with various sales tactics over the years, such as free seed for replanting. Making neonicotinoids a default addition to seed also frees companies from the inventory hassle of having treated and untreated versions of seed.

Most recently, a two-year study from seven Midwestern states confirmed neonicotinoids are unlikely to control the soybean aphid, the most widespread and damaging pest in soybeans targeted by seed treatments.

Researchers from Indiana, Iowa, Kansas, North Dakota, Minnesota, South Dakota and Wisconsin released a study showing that neonicotinoid levels rapidly diminish in soybean plants within two weeks after planting. By the time soybean aphids reach threshold levels, usually in July or later, the product was long gone from the plant and provided no more protection than an untreated soybean plant.

Despite their widespread use, the claims of yield benefits from neonicotinoids in corn haven't been as strongly challenged by researchers -- until now.

Krupke found no yield benefit from neonicotinoid seed treatments over the course of three years of corn field trials. This lined up with another Purdue study published previously this spring. In it, Krupke's doctoral student, Adam Alford, showed that neonicotinoid concentrations rapidly declined in corn plants after planting, minimizing the possibility that farmers would see a benefit from them.

"The first problem is that these products are very short-lived in a plant," Krupke said. Neonicotinoids are only found in plant tissues for a couple weeks after planting.

The second problem is that the pests targeted -- such as seed corn maggot and wireworms -- only occur at damaging levels sporadically in the Midwest, Krupke said.

"So you need an uncommon pest to occur in a very small window in order to realize a benefit," Krupke said. 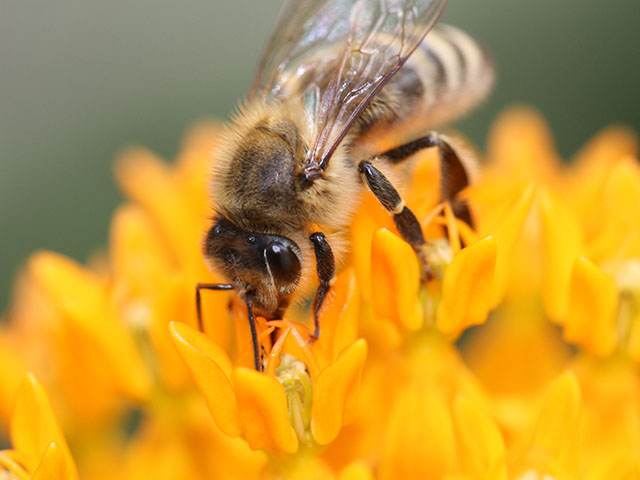