It's not hard to find a soil-health or cover-crop field day. Someone usually has a spade showing off earthworms and their tunnel work. There's generally a 6-foot-deep pit to look at the root systems, filtration and soil compaction.

What's missing, though, is data about whether cover crops and other soil-health practices actually pay. The science of penciling out the economics of such practices is still in the early stages. However, groups are working to document what soil health means to a farmer's bottom line.

For instance, the newly organized Soil Health Institute last fall received a $626,000 grant from the Walton Family Foundation to quantify the economic risks of soil-health management systems. The Institute will work with Datu Research LLC, a North Carolina-based analytics company, to design and evaluate research on the economics of sound soil-health practices, including cover crops.

Challenges for such projects are daunting. Because so many factors affect profitability, determining the economic returns on cover crops and other soil-health practices won't be easy, said Wally Tyner, a professor in Purdue's Department of Agricultural Economics: "This is going to be a tough nut to crack."

SHP is a National Corn Growers Association initiative started in 2014 with support from partner organizations including commodity groups, federal agencies, universities, private companies and environmental groups. The objective is to work toward improving soil health. SHP operates in nine states but is anchored in Illinois, Indiana and Iowa with more than 65 site farms. There are 20 farms enrolled in Iowa with plans to add 10 more throughout 2017. Each farm is enrolled for five years and holds field days or roundtable discussions. They also collect soil samples to measure organic matter and nutrient availability to the crops.

Nick Goeser, director of SHP, said farmers beyond the Corn Belt would like to see the partnership or another similar group fill the void in their states. He's frequently asked at events when the partnership will start working in the Southeast, the Plains or even Canada.

The SHP got a boost in August 2016 when it received a commitment from the Midwest Row Crop Collaborative to help raise $4 million over five years. The funds are intended to help increase adoption rates of conservation practices. The collaborative is working on a goal to help reach a 45% reduction in nutrient loss in the Upper Mississippi River basin by 2030.

The Soil Health Institute formally rolled out in December 2015 with Wayne Honeycutt leaving a career at USDA to become the organization's first president and chief executive officer. The institute had its genesis in the Soil Health Renaissance, which was a partnership between the Samuel Roberts Noble Foundation and the Farm Foundation. It has the goal of making soil health the cornerstone of land-management decisions on a farm or ranch.

"I think it's always critical to show the economic benefit of these practices," Honeycutt said. "Farmers are always businessmen and businesswomen. At the end of the day, it has to be economically beneficial for them.

"Farmers and ranchers are the ones managing 70% or so of our land base," he added. "So it is the decisions that they make every day that determine whether or not we are successful in enhancing soil health and whether or not we can accrue these environmental benefits that are associated with soil health."

Beyond profits, another element that needs to be considered is economic risk, Honeycutt said: "Soil health is an investment to help you build resiliency to drought and heavy precipitation. You increase the water-holding capacity of your soil and the infiltration so you can recharge that soil moisture when you do get it. Soil health does not make it rain, but it does help your soil get the most out of the rain it receives."

Mark Mueller, Waverly, Iowa, signed on to make his farm a test site for the SHP because he had become a believer in cover crops as a way to stop soil erosion; howerver, he lacked the numbers to quantify the benefit.

Mueller said the field days on his farm have drawn double to triple the number of farmers he anticipated. "There is a tremendous desire on the part of farmers to do things right," Mueller said. However, his peers still need proof—especially in tight financial times: "The further research I would need is economic research to convince my neighbors it is worth their while to grow cover crops," Mueller said. "I can bring along so many more people if, at least, I can show them it is not costing them money" to grow cover crops.

Frank Moore, Cresco, Iowa, came to cover crops by a circuitous route. Raised as a farmer, his career took a detour to environmentalist work. He was a soil and water district commissioner, and worked for the state for 15 years as a water-quality specialist for the Iowa Department of Agriculture. He continued to farm part-time. In 2002, he returned to the farm full-time with some new ideas about how to preserve it for the future.

Moore has been no-tilling and ridge-tilling on his hilly farm near the Mississippi River for about 30 years. He began strip-tilling in 2010, and, in 2014, he dipped his toe into cover crops. With strip-till, he found, he sometimes had to run rows up and down the hills. When torrential rains occurred -- as they have more often in recent years -- water would run down the strips, which made the hills susceptible to erosion. Cover crops can help reduce erosion, Moore said.

He started with an annual ryegrass, which grows only 6 inches tall but has a root system that goes as deep as 3 feet. In 2016, he tried some cereal rye, which grows about 4 feet tall by spring.

Moore has been conscious of cover-crop costs. He flies on all his cover-crop seed, preferably before mid-October. That costs him about $15 per acre for the pilot and plane, plus $12 to $18 per acre for seed. With a plane, his 800 to 1,000 acres are "done in one day," he said. It would take a week or more to cover the same acres with seeder.

Although Moore can't yet claim to see a consistent bump in yields after cover crops, in 2016, he had a great soybean crop following a cover crop. "I can say that using cover crops has not decreased our yields, and I think we are going to see some long-term benefits that will be worth a lot.

Moore sees value in erosion control offered by cover crops, and he thinks organic matter content will rise to make healthy soil that begets healthy, profitable crops. But, "To put a dollar amount on it, that's hard to do," he said.

Moore is one of four Midwest farmers participating in case studies by Datu Research designed to explore the economics of soil-health practices. The study just finished the first of three planned years.

OTHER WAYS TO MAKE IT PAY

Rick Scranton, an SHP agronomist in southern Indiana, has seen cover-crop acres in his area increase tenfold. Scranton said farmers tend to focus on costs, potential savings and how cover crops might help boost income. He looks for ways to make cover crops pay on the front end in order to get the environmental benefit on the side.

"There have been some opportunities -- since we are near the Ohio River -- to capture some new crop, early-delivery soybeans," Scranton said. Planting a field or two of earlier-maturing soybeans allows earlier harvest and a better window to get cover crops planted successfully, he noted.

Cover crops look a lot more attractive when there is opportunity to tie them to a soybean premium. "It has helped them [farmers] hedge better with their soybean crop against weather impacts because now they have broken up the maturity a little bit more," Scranton said. 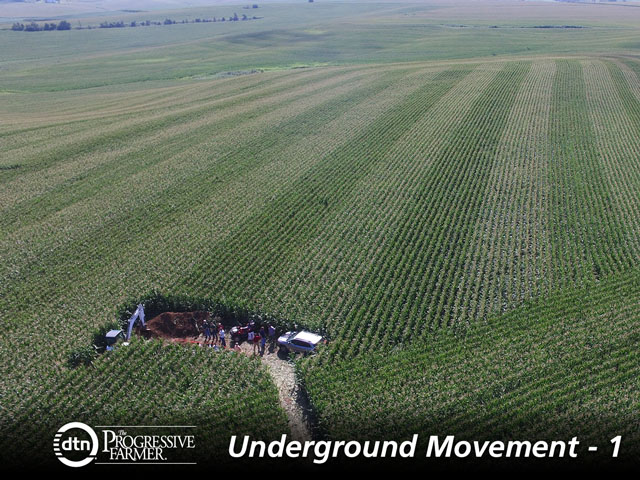