ROCKVILLE, Md. (DTN) -- Pyrethroids are up for registration review by the EPA, and the agency's most recent risk assessment of this group of insecticides has some industry players concerned.

The EPA's preliminary ecological risk assessment of a group of pyrethroid insecticides concluded that the agricultural uses of these chemicals "result in multiple exceedances of acute and chronic [levels of concern]" for aquatic animals, particularly aquatic insects.

FMC, which manufactures bifenthrin (Brigade), one of the pyrethroids examined in the EPA assessment, has objected to the agency's conclusion. John Cummings, the registration and regulatory affairs manager at FMC, told DTN the agency's analysis didn't take real-world data into account, instead focusing on lab studies and "overly conservative" models that produced "artificially high numbers." Cummings said FMC is concerned that the negative EPA conclusions will lead to new use and label restrictions "based on an unrefined simplistic assessment."

Pyrethroids are not alone in sparking regulatory concerns during routine registration reviews. Another common class of insecticides, neonicotinoids, recently got a poor score on aquatic insect risks, though only for soil and foliar applications. (See DTN story at http://bit.ly/…)

Pyrethroids are used in 120 different crops to control a range of insect pests, such as the soybean aphid and the western corn rootworm. EPA estimates they are used on 14.4 million soybean acres, 9.2 million corn acres and 5.3 million cotton acres, as well as other grains, vegetables, legumes, and orchard crops, for a total of more than 46 million acres annually. Pyrethroids are also commonly used in household and garden products.

This widespread use has led to resistance problems, which should concern farmers as much as increased regulatory scrutiny, said University of Minnesota IPM specialist Bruce Potter.

"We've got insecticide resistance in different insect populations and a declining arsenal of different types of chemistry," he said. "The concern is that we're not generating new types of insecticides as quickly as we're losing the old ones."

Cummings said the biggest concern of FMC and the Pyrethroid Working Group (a consortium of seven pesticide manufacturers) is that the EPA analysis ignored new data and recent label changes that were implemented specifically to limit the off-target drift of pyrethroids.

"FMC and the Pyrethroid Working Group have given them a lot of data over a number of years that reflects more real world use of these products," he said. "Mainly field testing data and refinements to their models -- and EPA didn't include these changes in their analysis. We're concerned about that."

The EPA assessment does mention the label changes it requested in 2008 for pyrethroid products, which added buffer requirements, and restrictions to nozzles, droplet sizes, boom height, wind speed and other spraying parameters. But Cummings said these changes were not included in EPA's modeling of the risk of pyrethroid exposure to aquatic insects. "We think those are working really well," he said. "But EPA didn't include their own mandated changes in their own assessment."

The assessment also included a small section on pollinator risks, which is incomplete because the companies are still generating pollinator-specific data, which could take a couple years to finish, Cummings noted.

The EPA assessment is up for public comment until March 31 (see http://bit.ly/…). A final registration decision for pyrethroids is not due until the end of 2018, which means growers wouldn't see any restrictions to pyrethroid use or label changes until 2019, at the earliest.

The budget cuts EPA may face under the Trump administration could also change this timeline, as well as other responsibilities of the Office of Pesticide Program (OPP), Cummings noted. "If they cut funding for EPA across the board, including OPP, we are concerned that [the agency] won't have the resources to go any further" in its registration decisions and reviews, he said.

For now, Potter recommends that growers take advantage of the public comment period, but also use the pesticides with caution and restraint moving forward.

So far, insect populations with resistance to pyrethroids have emerged among soybean aphids, two-spotted spider mites, western corn rootworms, and lepidopteran pests such as the corn earworm and cotton bollworm. "That is the reason we try to get people to use [insecticides] only when they have to," Potter said. 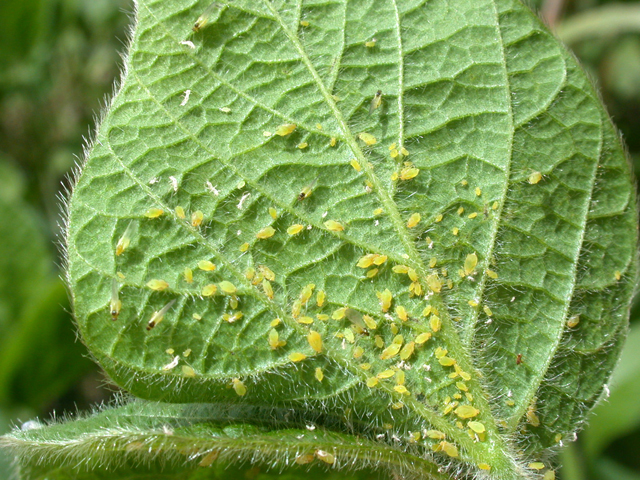