ROCKVILLE, Md. (DTN) -- A new study from the University of Wisconsin holds some good news for soybean growers facing tight margins in 2017.

The research, led by Extension agronomist Shawn Conley and Ph. D student Adam Gaspar, shows that Midwest growers have the best chance to make a profit (and the lowest risk to lose money) when they lower seeding populations to between 103,000 and 112,000 seeds/acre, thanks to a bump from certain seed treatments. The effect was consistent across a number of grain price scenarios, from $8 beans to $14 beans.

The treatments Conley and Gaspar tested were a standard base insecticide and fungicide combination, found on most soybean seeds, as well as ILeVO, a new seed-applied treatment from Bayer Crop Science that targets sudden death syndrome and soybean cyst nematode.

Even if growers only drop their (treated) seeding rates to 140,000 seeds per acre, their chances of profitability remain significantly higher than when planting 160,000 seeds/acre or higher.

As expected, ILeVO performed best in environments where SDS was a significant problem, Conley said. In plots with SDS symptoms in Wisconsin, it offered an average yield bump of 4.6 bushels per acre (6.4%) over the untreated control and 3.8 bpa (5.3%) over the base seed treatment.

Across all the states and environments, ILeVO-treated soybeans still yielded an average of 5.3% over untreated beans.

The base seed treatment, which included a number of fungicides, as well as clothianidin (Poncho), a neonicotinoid insecticide, also showed a small, but significant, yield bump over the untreated controls.

In the Wisconsin sites, across a range of disease pressure, the base seed treatment yielded an average of 2.2 bpa (3.1%) over the untreated control.

That yield response somewhat contradicts an EPA study showing no economic benefit to neonicotinoid insecticide treatments for soybean growers. Some or much of the yield bump could come from the fungicides in the seed treatment, as neonicotinoids are often used in areas where their target pests aren't occurring, Conley noted. However, previous studies conducted over the past five years have also shown consistent yield and economic benefits to neonicotinoid seed treatments in Wisconsin, he added.

Conley and Gaspar crunched the profitability numbers in his study under a range of economic scenarios, including $8 soybeans, $11 soybeans, and $14 soybeans.

In contrast, growers using untreated seed would have to push populations to 120,000 seeds/acre to reach a 99% chance of profitability.

For Conley, the take-away for soybean growers is that tools for profitability are available to growers, even in a low-price commodity scenario.

"I'm encouraging growers in the Midwest to buy a bag an acre, or 140,000 seeds/acre," he said. "And then -- if you have a prescription planter -- steal from the good areas, say 20,000 seeds/acre, and put some of that seed in the bad areas, such as droughty parts of the field. That's a quick and dirty way of doing prescription seeding rate based on what our data is showing." 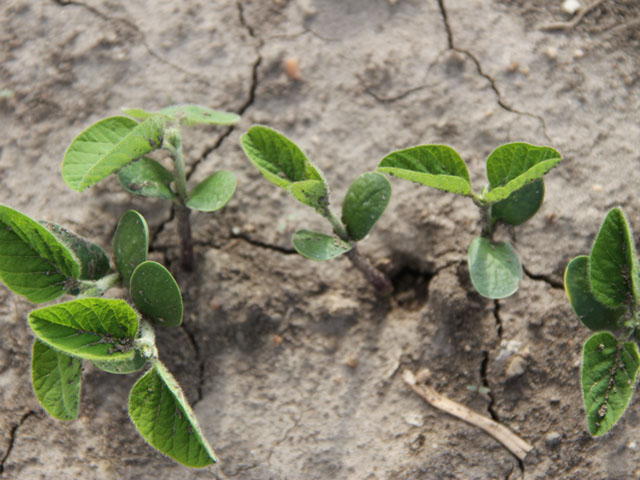