ROCKVILLE, Md. (DTN) -- If you're growing newly released corn hybrids from Monsanto this year, your seed will come with a surprise ingredient.

Monsanto is adding a microbial seed treatment called Acceleron B-300 SAT to all its new corn hybrids, which account for 10% to 20% of its total corn sales, according to company spokesman John Combest.

B-300 is a new formulation of JumpStart, and like that product, is derived from a soil fungus called Penicillium bilaiae. The spores applied to the seed are designed to grow along with the plant roots and help the plant take up nutrients and phosphate fertilizer more easily. Monsanto claims company trials show an average 3-bushel-per-acre yield advantage to the B-300 seed treatment, which was co-developed with Novozymes as part of the companies' BioAg Alliance.

While the announcement reflects agriculture's growing interest in biological crop inputs, the scope of it and the fact that farmers are not being given a choice here is unusual, noted Purdue agronomist Bob Nielsen.

"Given the dire economic straits growers are in right now, with high input costs and low prices, even just a few dollars an acre -- if not necessary -- is an input you'd like to have the option not to pay for," Nielsen said.

"The situation really calls for some independent data to give us an idea of whether or not this product truly provides consistent yield response."

Although B-300 will only be added to new hybrids this year, the company has a bold goal of using it on 90 million corn acres by 2025, according to Colin Bletsky, Novozymes' vice president for BioAg. That would make it the one of the biggest biological products in agriculture, Bletsky said in a company statement.

This year, Monsanto will also offer B-300 seed treatments through "a number of our Corn States licensees," Combest said.

Combest said B-300's alleged yield bump should allow growers to recoup the additional cost of the upstream seed treatment. However, they won't necessarily see a price increase in 2017 from the addition of B-300, he added.

"Monsanto typically prices to capture value on one-third of the value that we are creating," he told DTN. "That being said, in a launch year the prices may reflect less than the 1/3 value capture as growers need to experience the new product on their acre. As subsequent years go by -- whether in traits or seed treatments -- we are able to move closer to capturing 1/3 of the value that we are creating."

Monsanto hasn't settled on whether B-300 will always be an automatic addition to seed in the future.

"We'll make decisions on 2018 seed treatment options later this year," Combest said. "In 2017, we wanted farmers to experience this technology on newly-advanced corn products, which is why it comes standard. I don't know whether or not it will be standard again in 2018."

The company's decision to add another product to corn seeds upstream comes at a time when seed treatments have attracted scrutiny from regulators and environmentalists. The EPA is in the process of re-evaluating the safety and value of neonicotinoid insecticides, which are placed on nearly all corn seed and the majority of soybean seed before planting.

A major obstacle in the development of B-300 was making sure the living spores could co-exist on the seed with the company's traditional base seed treatment of neonicotinoid insecticides and fungicides, Combest noted.

After testing hundreds of protective formulations of the B-300 spores, four promising ones were sent to field trials, where one emerged as the winner, Combest said.

Not only could this formulation survive its fellow seed coatings, but it is able to stay viable on the seed for at least two years, he added.

"Nobody has ever made a microbial corn inoculant that can survive for that long on the seed along with all the on-seed chemistry," he said. "This is the main innovation of the B-300 product." (The JumpStart formulation only survived for 120 days).

That newfound longevity was the product of an alternative fermentation process developed by Novozymes' scientists in Saskatoon, Saskatchewan and Salem, Virginia around the time that the BioAg Alliance was created in 2013. 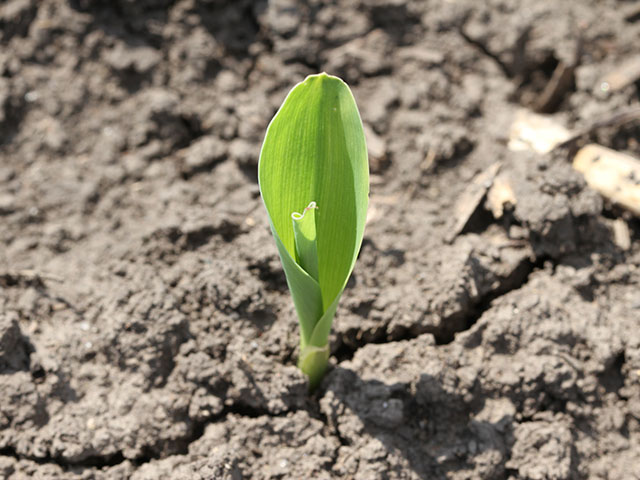