Generally speaking, if planting is delayed in May because of rains, you don't have to switch out to shorter maturities of either corn or soybean varieties. Finding seed of shorter maturity varieties for your location could be a challenge and both corn and soybeans naturally shorten their maturity requirements when planted a few weeks later than expected.

However, when we move into June all bets are off and it may be time to consider switching from corn to soybeans, depending on which has the better yield and profit potential. There are agronomic considerations that should be part of the decision to switch crops.

Planting delays are always an inconvenience involving some financial loss and require a hard decision -- do I stay with the same crop or do I switch out crops? Factors going into that decision include relative yield expectations, anticipated crop prices, meeting production contracts, application of inputs, seed availability and agronomic considerations such as running into hotter and drier weather during pollination.

Chris Hurt, Purdue agricultural economist, believes the rally in soybean prices the last three months, concurrent with the inability to plant corn, may offer the financial incentive to shift to more soybeans now. Soybean prices have been moving steadily higher since January and more money can be made off soybeans than corn. This may be an opportunity.

John Bailey, with JCB Ag Research in Effingham, Illinois, stated that in southern Illinois's light timber soils the decision to switch to soybeans needs to be made by May 20. "Planting corn in late May and into June will put corn's pollination into a hot and dry period," Bailey said. "Soybeans will fare better for us."

Of course, if you laid down a corn nitrogen and herbicide program already it probably behooves you to stay with corn. Corn roots will capture more of the soil nitrate than soybean roots will. That gives the best chance of profit from the nitrogen investment and keeps the nutrient out of surface waters. If you laid down a preplant herbicide program, it probably will hurt soybean seed germination. That's enough reason to avoid switching crops.

Check the herbicide label. "Several burndown or early pre-plant programs have labels for both crops. However, tankmix partners or rates may differ between the two. Make sure you verify rates, timings and plant-back restrictions before you make the switch."

Consider residual nitrogen available after heavy spring rainfall. Conley said that biologically, it's impossible to know how much is too much residual nitrogen to decide whether to stay with corn or switch. "Economically that number is a moving target given yield penalty, corn drying costs, etc. Over the last four weeks (into late May) the amount of nitrogen readily available to the late-planted corn crop, or in this case soybean crop, has declined, though some nitrogen is still readily available in the soil profile."

He noted that since excess nitrogen can lead to a more lush soybean crop, growers should consider whether diseases such as white mold are an issue in the field, and select varieties, seeding rates, and timing of disease scouting accordingly.

Is an inoculant required? "Should I use an inoculant (on soybeans) even when excess nitrogen is present? The simple answer is yes," Conley said. Studies show excess available nitrogen will inhibit N fixation later on. Increasing nodulation by inoculating seed can overcome that.

Growers were best served by keeping their corn cropping plan and varieties unchanged in May even though yields may fall slightly the later in May planting occurs. However, in June moving to soybeans may make more sense if yield and revenue potential is higher and there are no herbicide limitations. 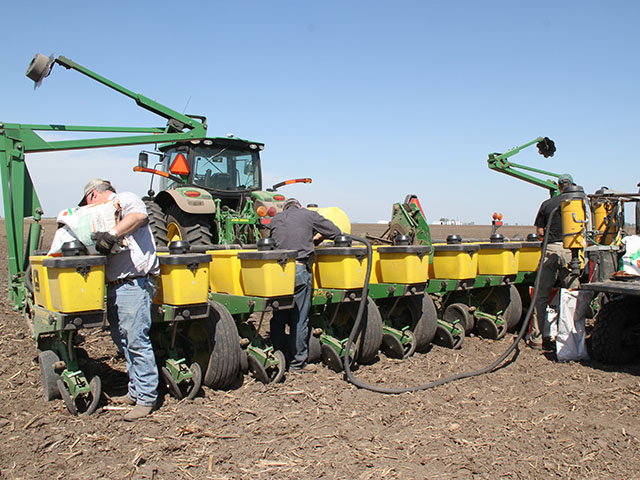