Only one in 160,000 new chemical crop protection products will make it from early research phases to commercialization in agriculture, Matthew Phillips, from the agribusiness consulting firm Phillips McDougall, told attendees of CropLife America's 2016 Spring Conference on April 13.

The average cost to move a new active ingredient to market during the years of 2008 to 2014 has risen to $268 million, according to a new Phillips McDougall report. That's 11.7% more than the average cost reported between 2005 and 2008.

"The more time this process takes, the less time you have patent protection in the market before generics start eating into market share and affect prices," Phillips noted. "It doesn't leave much time for companies to get the money back that they spent on R&D."

This market squeeze has also contributed to a high drop-out rate of new chemicals in development, he noted. "In general, companies are looking for a chemical to make $150 million a year to make up R&D costs," he said. "Not many have that kind of potential." Instead, the industry is likely to see an increase in money spent on re-formulating old products in order to increase their patented lifespan, he said.

One silver lining did emerge. The number of active chemical ingredients in the pipeline is finally recovering from an industry-wide decline that began nearly a decade ago, Phillips said. There were some 70 active ingredients working their way through company research pipelines in 2000. Herbicide discovery, in particular, plummeted as glyphosate dominated the marketplace. Active ingredient numbers bottomed out at 28 in 2012. Now, according to the Phillips McDougall report, it has risen to a more promising 39.

Much of the rise in commercialization costs has been driven by the increasingly complex and numerous scientific studies required by regulatory bodies in the EU and the U.S., Phillips said. He was particularly critical of the regulatory system in the EU, where the industry has seen "a shift from risk-based to hazard-based assessment of chemicals," a development he called "disappointing."

"The increasing cost of bringing new active ingredients to market has driven a polarization in research in the industry," Phillips added.

Only the largest companies have the resources to absorb both research and marketing costs, he noted. Small start-up companies may be rich in research innovation and ideas but don't have the budget to execute them. As a result, a number of mid-sized companies caught in the middle of this spectrum have begun cutting their R&D budgets and instead buying (or licensing from) small companies' research portfolios and bringing those products to market under their brand.

Phillips McDougall assembled this report with questionnaires from BASF, Bayer, Dow, DuPont, and Syngenta. It was commissioned by CropLife International, CropLife America and the European Crop Protection Association.

Phillips McDougall also queried 11 agrochemical companies about their current and future research and development budgets in a separate report. On average, the companies' research and development budgets accounted for just 5% of their chemical sales, but all expected their spending to rise in this sector by 2019 by an average of 23%. Most of that growth was predicted to be developing new active ingredients in the pipeline, followed by an increase in money devoted to searching for new ones.

Though small, the companies' budgets for bio-control products is expected to rise 55% to account for 9.2% of their budgets by 2019.

You can find the new Phillips McDougall report here: http://bit.ly/…. 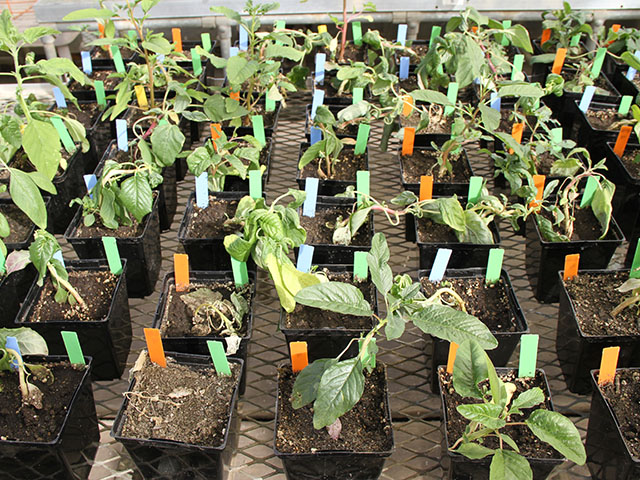