Liz Hulsizer shares in the following letter how she and husband, Matt, fifth-generation farmers in Knox County, Illinois picked up the pieces after the loss of her father-in-law to suicide in 2013.

To see a DTN story about stress facing ag producers and some of the ag mental health resources they and their families can find available, see https://www.dtnpf.com/…

Matt and I were married in 2012. On Oct. 11, 2013, Matt's father took his own life. We had been married a mere 13 months and suddenly had to navigate both being young and newly married and taking over the family farm, hog and cattle operation.

At the time of his father's death, Matt was mostly in charge of the grain farming and cattle operation, and his father, David, managed the 220 sows at a farrow-to-finish farm. Within an hour after we took his body to the funeral home, Matt and I had to leave his mom alone at their house and head out to start morning chores. And, we had to return to the same place we had been just a mere hour before -- where we had to identify his body -- to start those chores.

Anyone who has worked on a farm or ranch knows the list of things that must get done does not wait, so we had to push that thought to the back of our minds and focus on feeding the livestock. We were never given time to process what had happened.

The following days were a blur, and a wide range of emotions flooded all of us again. The "what-ifs," the "whys," the "how could he's?" -- the why would he choose to leave us. We went from sadness to shock to anger wondering those questions daily.

As we began to dive deeper into David's finances and farming decisions, things started to become a little clearer. He was in debt and had been keeping a lot of things from us. The equipment and land we were told was paid off was not, not even close. It seems his mind could no longer handle either the day-to-day or the bigger picture, and he was making poor decisions. As we started to put together his finances, we realized that we had two options: file bankruptcy or sell everything except the land and try to pay down as much as we could and try to dig ourselves out of the hole. We chose the latter.

It has been almost nine years, and we are still working on putting back together all that was lost. We lost time together as a family, and Matt and I lost our early years of marriage -- we never got the honeymoon stage most marriages have at the beginning. Instead, every decision we made was dictated around and by what had happened Oct. 11, 2013. At the ages of 25 and 26, we ended up taking over a farming operation that most farm couples don't have to do until much later in life when their parents retire. What's more, we had to take over a financial hardship and start our newly married life together deep in a debt we didn't create.

From the beginning, we decided we wanted to finish what David had started, so any pig he had bred the day before he died, we were determined to see through from farrow to finish. Every day was a challenge, and by the end of the winter we were all shaken to our core on the daily challenges the farm was presenting, along with still trying to process David's suicide.

Those eight months with the pigs and especially those first couple of years were some of the hardest days for a young married couple like us. We had to watch our equipment be sold at auction, we had to walk away from ground we were renting, and we had to give up quite a bit of our young life together to keep the farm going. It was exhausting, hard and to be honest, defeating. But together, we kept each other going, and we had wonderful family, friends and neighbors who helped us every step of the way.

We hope to normalize going to the doctor for a mental health need just as much as a physical need. A person with a cancer diagnosis goes to a doctor for check-ups and treatment plans and takes medicine. A person with an unseen illness should be able to seek out counseling, doctors, treatment plans and medicine just as freely without worry of judgement. If all it took were a prescription to help alleviate your cancer, heart issues or other major illness, you would jump at it. Why then, is it so difficult for someone to ask for a prescription for their mental health?

Mental health illness is real, and it is present -- but it can be treated. Seek counseling, seek doctors, seek treatment plans. Above all, just seek help. Your burdens that you think are too great don't end when your life does; they get passed on to your family members and loved ones.

As we look back, we now realized there were signs of David's mental health decline. A farmstead that was once neat and tidy was becoming unkept. Chores were delayed and done with less precision. Activities that he used to partake in became fewer and fewer. If you notice a family member, friend or neighbor who doesn't seem themself, seems distant or troubled, please reach out to them, talk to them, let them know they aren't alone.

Our story isn't over, and neither is yours. We can all continue to help.

#SoyHelp resources, national and by soy state, are available this month on the soygrowers.com home page and on the website year-round here. Please reach out to find help available or simply start a conversation.

Matt and Liz Hulsizer are both fifth-generation farmers on their corn and soybean operation in Knox County, Illinois. Matt and Liz both attended the University of Illinois Urbana-Champaign with majors in agriculture business markets and management and minors in agronomy. After the death of both of their fathers, Matt and Liz combined farming operations with Liz's brother, his wife and Liz's mom. Matt and Liz are both graduates of the 2021-2022 American Soybean Association Corteva Agriscience Young Leaders program.

Letters may be emailed to edit@dtn.com or mailed to Greg Horstmeier, 18205 Capitol Avenue, Omaha, NE 68022. 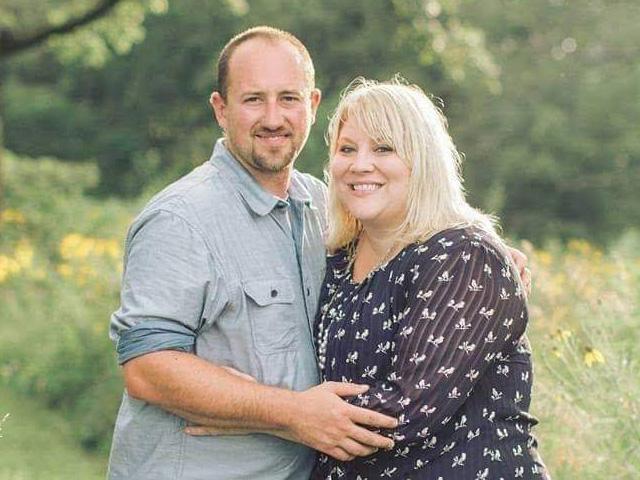