Reactions have been mixed since the Presidential Emergency Board (PEB) 250 report was released on Aug. 16 to the National Carriers' Conference Committee (NCCC) and the United Rail Unions coalition, offering nonbinding recommendations for wages, health insurance and other things.

PEB 250 Chairman Ira F. Jaffe and Members Barbara C. Deinhardt and David P. Twomey said, "The projections set forth in the record regarding the future economic state of the freight rail industry are positive. This is reflected in a number of facts, including the projections regarding steadily increasing volume shipped over the next 20 years, environmental and other considerations that provide freight rail with a very favorable comparison to trucking and other modes of transportation, and the projections of Carrier earnings. While not a major factor in our analysis, the record fails to suggest that there are known or likely negative indicators that would urge caution with respect to the ability of the Carriers to meet the costs associated with our recommendations."

Association of American Railroads (AAR) President and CEO Ian Jefferies said, "President Biden's PEB issued recommendations that should set the framework for a negotiated agreement between railroads and unions. The recommendations would provide 24% compounded wage increases by 2024, with 14.1% of those increases effective immediately, along with additional service recognition bonuses totaling $5,000 over the course of the contract. An agreement based on these terms would lead to the largest general wage increase in nearly 40 years.

"While the Biden PEB's recommendations markedly exceed the rail carriers' proposal, they provide a useful basis to reach a resolution. In the interests of all rail stakeholders, now is the time for railroads and their unions to reach a contract. The industry is prepared to propose agreements based on the PEB's recommendations to provide our employees with long overdue pay increases and avert rail service interruptions," added Jeffries.

The NCCC, in a press release on Aug. 17, pointed out that PEB's recommendations, if implemented, would include the most substantial wage increases in decades, with average rail worker wages reaching about $110,000 per year by the end of the agreement. "When health care, retirement and other benefits are considered, the value of rail employees' total compensation package, which already ranks among the highest in the nation, would average more than $150,000 per year," said the NCCC. "Although the recommended wage terms significantly exceed those proposed by the carriers in this round and are far above those contained in prior rail labor settlements, it is in the best interests of all stakeholders -- including customers, employees and the public -- for the railroads and rail labor organizations to settle this dispute and prevent service disruptions. Accordingly, the railroads are prepared to meet with the rail unions and reach agreements based on the PEB report without delay."

International Association of Sheet Metal, Air, Rail and Transportation Workers, (SMART) Transportation Division President Jeremy R. Ferguson said in a statement on Aug. 18 that, while the recommendations of PEB 250 were a vast improvement over the carriers' previous proposals, the recommendations do not go far enough to provide members with the quality of life that they have earned, and that both they and their families deserve.

"Last month, the leaders of the dozen-strong United Rail Unions delivered impassioned and technically sound presentations before the PEB expressing the need for improvements to quality-of-life issues, including addressing the draconian carrier attendance policies and the need for more paid and scheduled time off," said Ferguson. "However, it would seem as if these were not deemed as key issues. Obviously, our preference was for the PEB to make firm and bold changes to that status quo, but, unfortunately, they deferred and moved these important issues back to the domain of arbitration.

"SMART-TD leaders made our case clear before the PEB in July that our membership, and the membership of the other unions, deserve better, especially in recognition of what we accomplished before, during and after the pandemic. Our position has not changed, nor have we wavered from it. We are and will continue to fight for each and every one of our members, seeking the best possible outcome in all that we engage in," said Ferguson. Here is a link to his entire statement and SMART Transportation Division factual information strictly based on the PEB recommendations: https://smart-union.org/…

The Brotherhood of Railroad Signalmen (BRS), which represents more than 6,500 members working on the nation's freight railroads in national collective bargaining, issued a statement on Aug. 18 regarding the PEB 250 report.

"While the wage adjustments are the highest in modern history, they still fall short of what our members have earned through their hard work in keeping America moving despite the numerous obstacles. The lack of acknowledgement of the need for sick days is concerning when our members continue to put their own lives, and those of their family, on the line during the COVID pandemic, without any sick days. Most importantly, we are disappointed that, when presented with numerous statements from our members regarding their increased responsibility, territories, testing requirements, along with technical knowledge, the PEB refused to address their voices and our craft-specific request. The BRS remains committed to listening to our membership and fighting for their best interests.

"The BRS believes improvements need to be made to the recommendations to reach the agreement our members have earned. We remain committed to standing in solidarity with our members and rail labor to settle this contract dispute with the National Carriers' Conference Committee (NCCC). We will plan to meet with the NCCC and negotiate based on the PEB recommendation, just as we have done in the past."

The Brotherhood of Maintenance of Way Employee Division of the International Brotherhood of Teamsters (BMWED) said in a press release on Aug. 18 they had not yet reached an agreement with the carriers based upon the PEB recommendations. "We intend on meeting with the NCCC to discuss these recommendations more precisely and, if an agreement can be reached, how to implement it. If that were to occur, any agreement reached would then be sent out to the membership for ratification. The other Unions in the bargaining coalition are also wrestling with the information within the recommendations and are weighing our options for moving forward. The Board's recommendation is merely another step within the bargaining process, and we must thoroughly examine and chart a path forward with the information we've received."

Another key sticking point in the negotiations has been the railroads' proposal to cut train crews from two people down to one. The unions firmly oppose that move, not just to protect jobs but also because they say they are concerned about safety. The Federal Railroad Administration (FRA), on July 28, announced a proposed rule requiring a minimum of two train crew members for over-the-road railroad operations, but railroads have continued pressing for the change because they say a new automatic braking system that can stop trains in certain circumstances makes having a second person in the cab unnecessary. Here is a DTN story about the FRA rule proposal: https://www.dtnpf.com/…

In light of the current rail service issues (that could be further compounded if a contract settlement is not reached by Sept. 15), the Surface Transportation Board (STB) sent a letter to the Class I railroads stating that the board is "particularly interested in your reports related to your preparedness to meet the demands of the fall harvest as it begins to ramp up in September and extends through the turn of the year. As you know, in light of current challenges affecting the four largest Class I railroads, the Board is concerned about the Class I railroads' ability to meet grain shipping needs and is highly focused on whether railroads will have sufficient crew, locomotive, equipment and capacity resources along key corridors supporting domestic and international markets," noted the letter.

Remember that the board, in response to the extensive problems described by all rail shippers at the April 26 and 27 hearings, issued an order requiring the four largest U.S. railroads -- BNSF, CSX, NSR and UP -- to file service recovery plans that would specifically describe their key remedial initiatives and promote a clearer vantage point into operating conditions on the rail network. In a June 13 press release on the STB website, the STB said the four carriers submitted plans that were "perfunctory and lacked the level of detail that was mandated by the Board's order."

Chairman Martin Oberman said, "While the railroads must always comply with Board orders, it is particularly disturbing that the railroads failed to comply with the order requiring them to file adequate service recovery plans. Under circumstances where service is not meeting customers' needs, this is not too much to ask from highly sophisticated companies with important public responsibilities. I had expected a better response from the carriers to the Board's previous order, and now with more explicit instructions, which should not have been needed, there will be no excuse for continued lack of compliance."

Oberman added, "Freight rail is critical to our Nation's economy, and we must ensure the railroads are doing everything within their means to transport commodities that are crucial to the public welfare, such as animal feed, food ingredients, fuel products and fertilizers, and critical chemicals."

On Sept. 16 at 12:01am, if no contract has been signed, we could see a rail strike, which would cripple any industry that relies on rail to transport their goods.

Here is a copy of entire PEB 250 report: https://www.docdroid.net/…

Here is the PEB 250 Report and Recommendations PowerPoint prepared jointly by BLET and SMART -TD regarding the recommendations of PEB 250: https://www.blet104.org/…

Here is a link to Aug. 19 letter from STB to Class I Railroad Members of the National Grain Car Council Regarding Fall Harvest and links to rail service data: https://www.stb.gov/… 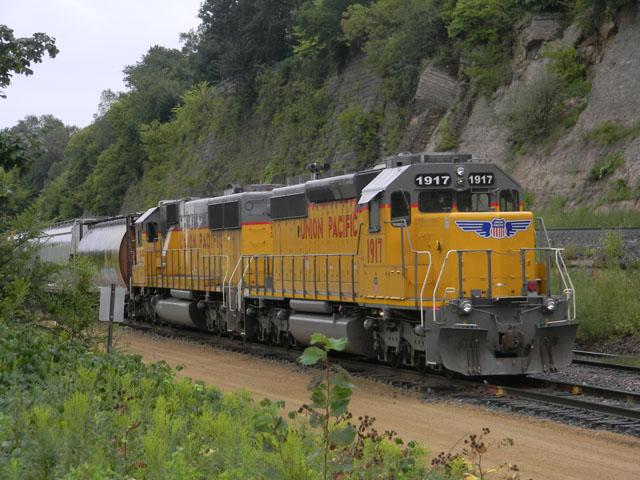