The Surface Transportation Board recently issued a decision denying a request to extend an upcoming hearing on reciprocal switching.

Since 2016, there has been much discussion about "competitive" or "reciprocal" switching, which would allow shippers served by a single railroad to request bids from a nearby competing railroad.

In the reciprocal switching Notice of Public Rulemaking (NPRM), EP 711 (STB served July 27, 2016), the board proposed new regulations under which the board would exercise its statutory authority to require rail carriers to establish switching arrangements in certain circumstances. The board received numerous comments in response to the proposal. In addition, board members have been participating in ex parte meetings with interested persons, and summaries of those meetings are posted in the docket pursuant to the procedure detailed in NPRM.

In order to allow interested persons to submit testimony to update the record, the board, on Dec. 28, 2021, announced details of an upcoming public hearing on proposed reciprocal switching regulations. The public hearing will be held on March 15-16, beginning at 9:30 a.m. on each day, at the board's headquarters in Washington, D.C., and will be available for viewing on the board's website. If the board later determines that the hearing should be held virtually, it said it will issue a subsequent decision no later than March 1, 2022.

In a letter led by the National Grain and Feed (NGFA) to the STB on July 20, 2021, members of the Agricultural Transportation Working Group (ATWG) noted that President Joe Biden's July 9, 2021, executive order encouraged the STB to resume its consideration of a proposed rule on competitive switching.

The letter, which was signed by 27 ATWG members, said, "We believe that enhanced competition is an important vehicle through which the board can address pervasive challenges faced by rail shippers, including poor rail service, and unreasonable rail rates and practices." They urged STB to adopt initiatives that the order identifies "to enhance rail competition and prevent railroads from abusing their market dominance."

The ATWG members noted that the "absence of effective competition in the rail industry also has a significant impact on prices for the agricultural industry, resulting in decreased farm-gate prices for crops and increased crop-input and feedstock prices."

The AAR said that, in part, the executive order called on the "independent" STB to consider a forced switching rule and other ill-considered policy changes.

"Competition is alive and well in the rapidly changing freight transportation market, with nearly three quarters of all U.S. freight shipments moving by a mode of transportation besides rail," said AAR President and CEO Ian Jefferies. "With the logistics chain already challenged by the recovery from COVID, this executive order throws an unnecessary wrench into freight rail's critical role in providing the service that American families and businesses rely on every day."

"Any STB action mandating forced switching would put railroads at a severe disadvantage to freight transportation providers that depend upon tax-payer funded infrastructure," said Jefferies. "Such a rule would degrade rail's significant benefits to both customers and the public by throttling network fluidity, disincentivizing investment, increasing costs to shippers and consumers, and ultimately diverting traffic onto trucks and the nation's already troubled highways."

On Jan. 10, 2022, the AAR filed a motion to extend the procedural schedule. Specifically, AAR asked the STB for a 75-day continuance of the schedule, including a corresponding continuance of the public hearing or, alternatively, to extend the deadline for written submissions to March 7, 2022. As part of its alternative request, AAR also asked that the board permit submission of supplemental written comments "within a reasonable time" following the hearing.

The STB, on Jan. 28, 2022, denied AAR's request for an extension of the procedural schedule and said that all procedural dates would remain unchanged. The board said it found that the amount of notice and time for preparation provided was sufficient and that AAR's alternative request for extension of the comment deadline would "hinder the ability of the board and the hearing participants to review parties' submissions before the hearing." The board will determine after the hearing whether to allow supplemental written comments.

Needless to say, since its inception in 2016, this potential ruling has been and remains contentious among the railroads and shippers.

The decision in Reciprocal Switching, Docket No. EP 711 (Sub-No. 1), may be viewed here at the bottom of this news release: https://www.stb.gov/…. 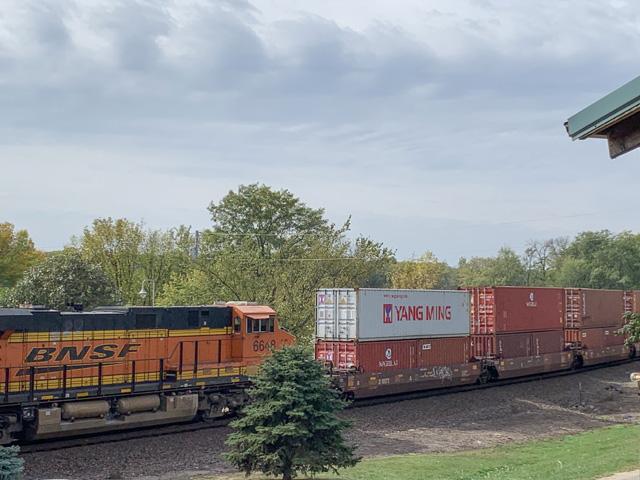