The 2021 winter wheat harvest dealt with many weather variables this past year, ranging from delays at harvest to early harvest in some states. However, the 2021 hard red winter (HRW) wheat crop quality ended up better than expected, on average. According to the U.S. Wheat Associates final HRW wheat harvest report, the crop averaged a Grade No. 1 milling quality at 60.3 pounds and 11.9% protein, versus the 2020 crop at 61.7 pounds and 11.9% protein.

HRW wheat accounts for about 40% of total U.S. wheat production and is grown primarily in the Great Plains (northern Texas through Montana), according to USDA. HRW is principally used to make bread flour and has excellent milling and baking characteristics for pan bread, hard rolls, flat breads, all-purpose flour and even Asian-style noodles.

Rains and high humidity in July stalled harvest in the central and Southern Plains but did not affect the final average quality of HRW wheat. According to Kansas Wheat, "This year's crop has been characterized by high variability in just about every category, but once again, farmers in America's breadbasket can be proud their crop will help supply end-users and feed consumers around the world."

The scene was much different farther north in Montana where the crop was plagued by extreme heat, drought and grasshoppers, causing a steep loss in yields, if it even made it to harvest. Many farmers there baled the poor stands to use for livestock feed, especially given that pastures were all dried up as well. Some farmers in Montana have said 2021 could out rank or at least equal 1988 as one of the worst growing years, especially for yields.

In South Dakota, where drought plagued most of the state, the HRW harvest turned out with better quality than expected, but lower yields. Tim Luken, manager Oahe Grain, Onida, South Dakota, told DTN, "Overall, our winter wheat test was 60.6 pounds and protein was 13.9%. Quality was excellent in our area and test weight and protein is about 2% higher than past years. Our yields were less than expected, but we did see some spots with very good yields. Best we heard on preventive plant acres was about 80 bushel per acre (bpa), while common yields on preventive plant acres was closer to 60 bpa. Acres on continuous crop were 35-40 bpa overall; but given the dry conditions we faced most of the growing season, I was actually surprised with the yields and quality, but bushels we took in at the elevator were almost half of our normal intake of 1.2 million to 1.5 million bushels."

According to the U.S. Wheat Associates (USW) final soft red winter (SRW) wheat harvest report, the crop mirrored 2020, averaging a No. 2 at 59.5 pounds and 9.4% protein, with the biggest difference being falling number, which averaged 294 this year versus 319 in 2020 due to localized rainfall during the 2021 harvest. The final SRW Quality Report by USW can be found here: https://www.uswheat.org/…

SRW wheat accounts for 15% to 20% of total production, according to the USDA, and is grown primarily in states along the Mississippi River and in eastern states. Flour produced from milling-grade SRW is used for cakes, cookies and crackers.

According to the USW final soft white winter wheat (SWW) wheat harvest report, the crop averaged a No. 2 at 59.3 pounds and 11.3 protein versus 61.9 pounds and 9.8 protein in 2020. USW noted that the high protein, low moisture and lower test weight values reflect the extreme heat and drought conditions that the crop endured in Washington and Oregon this year.

SWW wheat accounts for 10% to 15% of total production, according to the USDA, and is grown in Washington, Oregon, Idaho, Michigan, and New York. Its flour is used for noodle products, crackers, cereals and white crusted breads.

Lane Hannas with Columbia Grain in Lind, Washington, told DTN, "Fall planted SWW was healthy coming out of winter but had almost no spring precipitation to reach its full yield potential. Yields were disappointing in most cases. Some areas were less than half of last year's yield and other areas 60% to 70% of last year. Test weights were not as bad here as areas with a later harvest. Protein is too high, with small, isolated lots of 10-10.5% protein, but that really doesn't offer much of a blending opportunity for us. In our export market, the optimum protein for SWW is between 9.0-10.5, so protein levels exceeding 10.5 will likely constitute discounts to this optimum range."

"Our crop was a bona fide disaster this year. Worst crop in our region since 1977-78," said Paul Katovich, CEO Highline Grain Growers Inc, Waterville, Washington. "The combination of record heat, drought and mid-spring frost events were a triple whammy. Extreme drought continues as evidenced by the current drought monitor."

Rom Mielke, Harrington, Washington, said, "Our SWW wheat harvest was about three weeks early. We had 4,749.00 acres of SWW to cut and the varied height of the wheat made it difficult to harvest. Our yields were 40% to 50% of average, which is normally 82-84 bpa. Crop insurance is being used this year and most likely next year as well."

The final 2021 winter wheat production numbers will be revealed in the Sept. 30 USDA Small Grains Annual Summary. Follow DTN for same-day results once the report is released at 11:00 a.m. CDT. 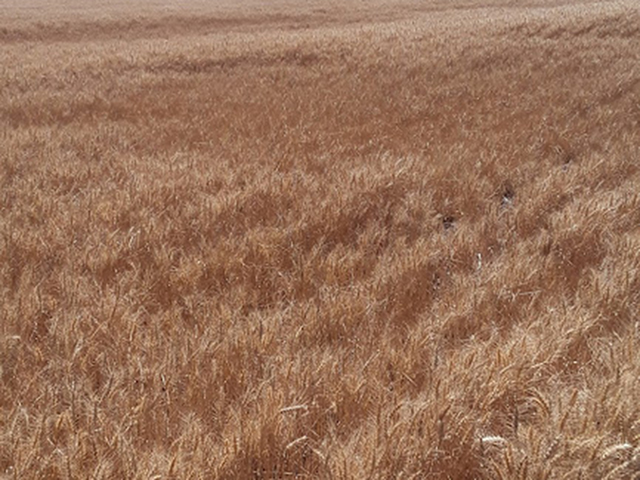