The Surface Transportation Board (STB), on Aug. 31, rejected the voting trust proposed by the Canadian National Railway in its quest to acquire Kansas City Southern, possibly paving the way for the Canadian Pacific to acquire the KCS.

The next few weeks will be critical as North America waits to see what the different railways, STB, and U.S. federal government decide the railroad sector will look like for the future.

Canadian Pacific Railway has now responded and said it is ready to "re-engage" with the Kansas City Southern Board of Directors following its determination that CP's revised offer can reasonably be expected to lead to a "Company Superior Proposal."

In a press release on its website, Keith Creel, CP President and CEO said, "We look forward to re-engaging with the KCS Board of Directors to advance this unique and achievable Class 1 combination that provides compelling short- and long-term value. CP-KCS is the only truly end-to-end Class 1 merger that preserves and enhances competition. It is the perfect combination, and we are ready to go to work to unlock this unique opportunity, creating something special for the rail industry and for commerce in North America."

CP noted in the press release that it reaffirmed its offer originally submitted Aug. 10 and resubmitted Aug. 31 to combine with KCS, which "recognizes the premium value of KCS while providing regulatory certainty. CP believes it ought to be deemed a superior proposal and has placed a deadline of Sept. 12 on that offer."

CP CEO Keith Creel told analysts on a conference call, "The deadline is there. It provides ample time. On Sept. 13, my appetite and willingness to offer this kind of compelling value at USD $300 a share is not going to be the same that it is on Sept. 12."

On Sept. 4, the KCS announced on their website that its Board of Directors has unanimously determined, after consultation with the Company's outside legal and financial advisors, "that the unsolicited proposal received from CP on Aug. 31, 2021, to acquire KCS in a cash and stock transaction valued by CP at $300 per KCS share could reasonably be expected to lead to a "Company Superior Proposal" as defined in KCS's merger agreement with CN."

KCS intends to provide CP with nonpublic information and to engage in discussions and negotiations with CP with respect to CP's proposal, subject in each case to the requirements of the CN merger agreement.

KCS said it remains bound by the terms of the CN merger agreement, and KCS's Board has not determined that CP's proposal in fact constitutes a "Company Superior Proposal" as defined in the merger agreement with CN. In addition, KCS notes that there can be no assurance that the discussions with CP will result in a transaction.

DTN Canadian Grains Analyst Cliff Jamieson said that in Canada business news, speculation continues to grow over what will be CN's next steps following this week's decision. "The Financial Post reported this week that CN is faced with three options, which include withdrawing from the merger agreement, appealing the regulator's decision, or proceeding without the proposed voting trust," said Jamieson.

"Despite this deal being viewed as a 'once-in-a-lifetime asset,' at least two major CN shareholders are in support of the company walking away from the deal. CN will face USD $1.7 billion in fees to end the deal, but London-based TCI Fund Management Ltd states that CN faces the risk of reputational and financial disaster if it continues to pursue the deal, while going as far as calling for the resignation of CEO Jean-Jacques Ruest and Chairman Robert Pace. TCI is asking CN to look inward and to focus on improvements to both operations and financial performance," said Jamieson.

"In view of the heightened scrutiny that both the use of a voting trust and the proposed transaction face under the current major merger regulations, it wouldn't be in the public interest to allow CN to own KCS until the competitive issues have been thoroughly examined," the STB said.

The Board has also said it would consider whether any deal would "destabilize" the industry and prompt additional mergers.

One of the questions is will President Joe Biden's July executive order have an impact on a CP-KCS merger? (See https://www.dtnpf.com/…)

On July 9, President Biden issued an executive order, "Promoting Competition in the American Economy." The order stated, "A fair, open, and competitive marketplace has long been a cornerstone of the American economy, while excessive market concentration threatens basic economic liberties, democratic accountability, and the welfare of workers, farmers, small businesses, startups, and consumers." The order further reaffirms the policy of the U.S. "to combat excessive concentration of industry, abuses of market power, and the harmful effects of monopoly and monopsony."

Biden's order urged STB Chairman Marty Oberman to work with fellow board members on certain transportation issues, including to make certain that a merger or acquisition is considered with the public interest in mind. The order said this should include "determining whether the merger or acquisition would give passenger rail preferential treatment on the U.S. rail network, as Class I railroads are federally mandated to do so."

The Department of Transportation and the STB on June 15, 2001, adopted final regulations governing proposals for major rail consolidations, which addresses the merger issue noted in the executive order. The June 15 rules "substantially increase the burden on applicants to demonstrate that a proposed transaction would be in the public interest, by requiring them, among other things, to demonstrate that the transaction would enhance competition where necessary to offset negative effects of the merger, such as competitive harm or service disruptions." https://www.federalregister.gov/…

"During my time on the Board, I have been continually concerned with the significant consolidation in the rail industry that happened as a result of a series of mergers decades ago, which dramatically reduced the number of Class I carriers," said Oberman in a July 9 statement on the STB website. "It is apparent that while consolidation may be beneficial under certain circumstances, it has also created the potential for monopolistic pricing and reductions in service to captive rail customers. Since consolidation, productivity gains often have been retained by carriers in lieu of being passed on to consumers, as would be expected in a truly competitive marketplace.

Oberman added, "Accordingly, while underscoring that the STB is an independent agency and that maintaining its independence is vital, I welcome the nationwide policy contained in this new Executive Order. The President's emphasis on improving the competitive landscape across the entire economy fits well with my view of the Board's mission in the current rail environment."

"Any deal involving one of the nation's six largest railroads needs to enhance competition and serve the public interest to get approved," said the STB.

The STB hasn't approved any major railroad mergers since the 1990s.

Farmers and the ag sector will continue to watch how this all plays out on the rail merger: What will CN do with its now more limited options, how long will CP's offer stand, will KCS accept or want more changes in any offer, and ultimately, will the STB approve a new merger for the first time in several decades. 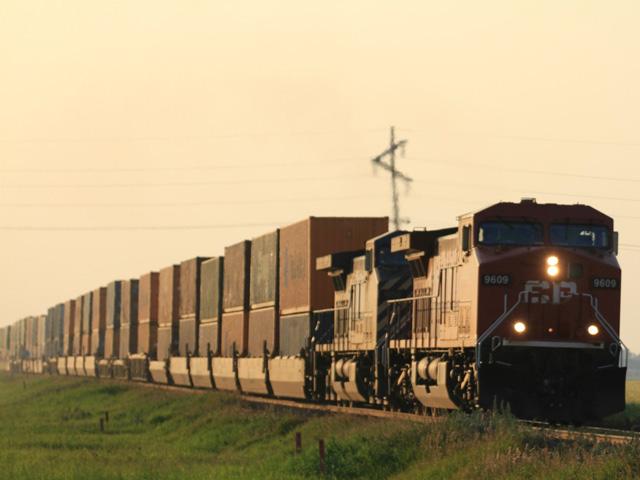