Surface Transportation Board (STB) Chairman Martin J. Oberman, on July 22, sent a letter to all Class I railroads expressing his concern over persistent problems with congestion in the international intermodal supply chain and significant container storage fees that some shippers are being required to pay in order to receive their containers.

Shortly before the start of the pandemic there was a slowdown in the container industry, and still today the biggest losers continue to be the shippers. There were major reductions in container shipping in February 2020 due to quarantines of port operations and manufacturing in China was halted.

"That was followed by a rash of canceled blank sailings in March and April as severe cutbacks in import demand emerged, as the economic impact on global business operations due to the virus came to fruition," said Bruce Abbe, strategic adviser for trade and transportation. (A blank sailing refers to a sailing skipping one specific port while still traversing the rest of the scheduled route or the entire sailing being canceled.)

By the time December 2020 rolled around, shippers were not seeing any relief, so agricultural exporters requested official action from the Federal Maritime Commission (FMC) to investigate denied and canceled container bookings (and other serious issues) that continued to cause them difficulties in shipping ag commodities.

Then, in a joint letter written to President Biden on Feb. 24, 2021, the SSGA, Agriculture Transportation Coalition and 70 other agriculture associations made an urgent plea, asking for intervention into the container shipping crisis that has severely injured food and other U.S. ag and forestry exports that our international customers are depending on. (https://www2.dtn.com/…)

The latest setback came when Union Pacific and BNSF railroads took the industry by surprise during the week of July 18 with an announcement that they were temporarily suspending intermodal train service to and from UP's Global IV and BNSF's Logistics Park container rail yards in Chicago from the West Coast starting July 18. "BNSF's suspension was expected to last two weeks. As for UP's suspension, first reports said it was expected to last at least a week. A later report indicated UP would restart shipments from Global IV on a gradual staggered basis," noted SSGA on their website July 27.

"The two largest container rail terminals in the Chicago area are jammed up, with containers and chassis packed in with no room to add more until they are moved out. Rail service to and from the West Coast has had volume limits on the number of container rail cars to Chicago for a number of weeks."

That move prompted STB Chairman Oberman to ask that the Class I railroads provide certain information about the extent of congestion at key container terminals and their policies and practices for assessing storage charges.

"The Board has received numerous reports related to the length of time that containers are being held in rail yards and the sizeable storage fees (demurrage) some customers have been required to pay in order to obtain release of containers bearing their shipments," Oberman said.

"The Board's principal concerns are helping to mitigate the congestion problems at intermodal yards caused by the unprecedented economic situation; improve network fluidity and provide relief to shippers and receivers who are not in a position to reasonably avoid onerous and potentially business-threatening storage charges," added Oberman.

Here is a link to the letters sent to all Class 1 railroads on July 22 by STB Chairman Oberman: https://prod.stb.gov/… 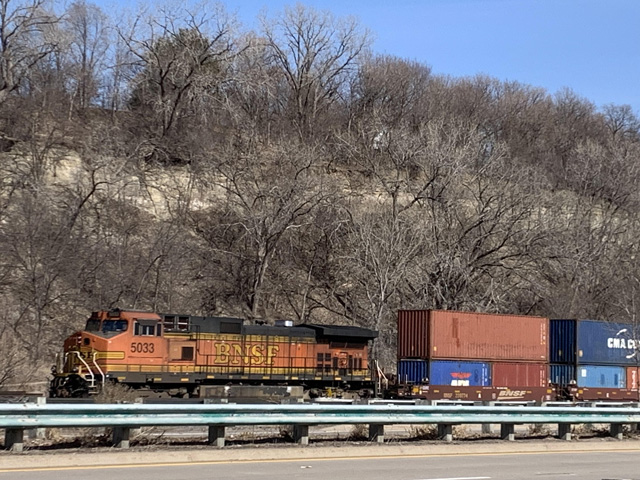