Remember back to spring of 2020 when pictures and videos of people hoarding toilet paper filled social media and the news? Well, move over toilet paper because 2021 may likely be the year to stock up on food staples again, mainly due to drought-stressed, failing crops in the United States and Canada.

Most of the items mentioned below were often hard to find on grocery store shelves during the COVID-19 pandemic because people were cooking and baking more at home. We may see a repeat of that in 2021 and with higher prices to boot.

A repeat of 2020 could come with flour becoming scarce (and more expensive) on grocery shelves. The top-producing spring wheat state, North Dakota, has been taken over by a long, destructive drought. In the most recent drought monitor, the majority of the state was in severe drought followed by extreme and exceptional drought covering the central and some western parts of the state.

Farmers had zero to little moisture to plant their crop in the spring after a dry fall and some farmers have seen very little rain to give the spring wheat crop a chance. North Dakota Wheat Commission (NDWC) noted that producers in the driest areas continue to make choices on abandoning or haying their wheat crop depending on yield potential.

USDA said that other spring wheat production for grain is forecast at 345 million bushels (mb), down 41% from last year, with yields as of July 1 expected to average 30.7 bushels per harvested acre, down 17.9 bushels from 2020. If realized, this would be the lowest yield since 2002 for the U.S., noted USDA. Production of hard red spring wheat is estimated at 305 mb, down over 40% from last year. Since July 1, the North Dakota spring wheat condition had worsened, likely lowering production more. NASS said North Dakota conditions as of July 11 were rated 22% very poor, 32% poor, 30% fair, 15% good and 1% excellent. Another spring wheat state, Montana, isn't doing much better with ratings at 21% very poor, 42% poor, 21% fair, 13% good, and 3% excellent.

Another pick would be anything made with oats. That can be oatmeal, various oat cereals and the newly popular oat milk. In the U.S., South Dakota produced the most oats in the country in 2020 followed by Minnesota, according to NASS statistics, with South Dakota and Minnesota accounting for nearly 33% of the U.S. production of oats in 2020. The problem is that drought conditions have likely shrunk the new crop and the most recent crop progress conditions give us a hint.

In Canada, the June 18, Agriculture and Agri-Food Canada (AAFC) noted that total domestic oats use for 2020-21 is expected to increase by 8%, largely due to a forecasted increase in feed use. Carryout stocks are expected to fall to a record-low level, due to robust exports and solid domestic feed use. Once again, drought conditions in parts of the Prairies will add to lower production for this year on lower planted acres as well.

Another scarce product in 2020 was pasta, and this year it may also become scarce and more expensive. Canada is a large producer of durum and Canadian durum is a favorite of importers in the U.S and other countries. The June 18 AAFC said that for the period August 2020 to May 30, 2021, the Canadian Grain Commission reported cumulative export shipments at 5.4 million metric tons (mmt), 25% ahead of last year's volumes over the same time frame. Carryout stocks were tightened further to 0.65 mmt, down 12% over 2019-20 and the third lowest on record, according to AAFC. As the drought rages on across the Prairies, ending stocks could shrink more due to lower production.

In the U.S., North Dakota is considered to be top durum growing state. In the September 2020 small grains summary, USDA said that U.S. durum wheat production was 68.8 mb, with production in North Dakota up 36% from 2019. But, in 2021, the average U.S. durum yield was pegged at 25.8 bushels per acre (bpa), compared to 41.4 bpa a year ago. For both Montana and North Dakota, the state yield is estimated at 22 bpa versus 39 bpa in 2020. U.S. durum production is expected to be down 46%, noted NDWC. This year will be a challenge due to the severe drought in some durum growing areas in North Dakota and Montana.

My last pick is beer, which is certainly not a food staple, but may be debatable for some. Barley across large areas of the U.S. Northern Plains is barely hanging on due to severe drought. In 2020, the leading U.S. state in terms of barley production was Idaho at 55 mb, with Montana second at 45.67 mb and North Dakota third at 28.980 mb, noted Statistica.com. And don't forget, beer is also made with wheat and oats as well.

State NASS reports, as of July 11, showed Idaho barley condition was rated 21% very poor/poor, Montana was rated 48% poor/very poor and North Dakota was rated 54% very poor/poor. Malt barley is the crop maltsters require over feed barley because of its quality, especially high germination, and is the preferred grain for making beer by brewers. Malting barley varieties are specifically bred for the characteristics that promotes a good malting process and brewing performance. Malt barley growers usually precontract acres with maltsters.

If supplies of durum, spring wheat, oats and barley become scarce, prices will rise and the effect of that will be felt at grocery stores. We are already feeling higher grocery prices post pandemic and the drought will no doubt add to that. While cash durum prices are normally hard to define, a mill buyer told me that there are currently no offers right now and if there were any, they would be well over $10 per bushel for milling quality.

On Jan. 4, 2020, the first trading day of the year, September spring wheat futures closed at $6.16 3/4 and on July 16, September closed at $9.17 1/4. If the new crop spring wheat production is cut any further than the recent USDA estimate (and it is likely it will be) then that price, with basis added, could push the flat price paid to farmers over $11 per bushel. Just a reminder that on Feb. 27, 2008, the price of March spring wheat futures on the Minneapolis Grain Exchange shot up to $24 a bushel, the highest price ever.

As for oats, prices on the CBOT have been on a steady rise this year. On the first trading day of January 2021, September oats closed at $3.15 per bushel and on July 16, oats closed at $4.36 per bushel. How high will they go? Only "oats know" that for sure. 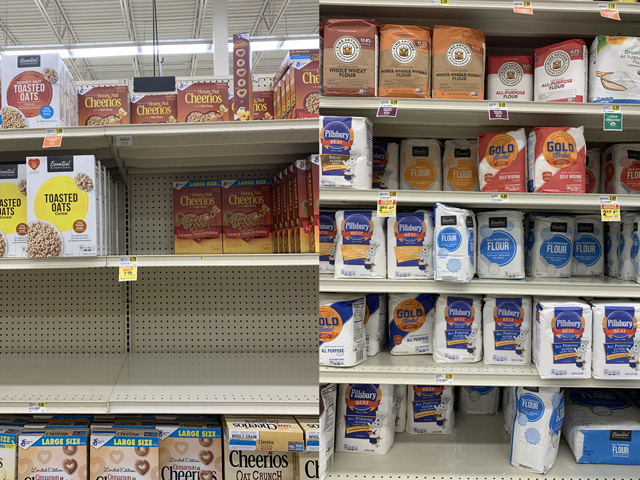