In a July 7 press release, the Canadian National Railroad (CN) said that they and Kansas City Southern (KCS) made a joint submission to the Surface Transportation Board (STB) explaining why the STB should approve CN's voting trust structure, which is a critical step toward full STB review on the merits of the proposed CN-KCS combination.

"This submission closes the record on the voting trust for the CN-KCS combination, and we await the STB's decision," said the CN. (See https://www.cn.ca/… )

On July 8, KCS announced they have scheduled a virtual special meeting of stockholders to vote on the proposed combination with CN on Aug. 19, 2021, at 9:00 a.m. CDT. All stockholders of record of KCS common stock and KCS 4% non-cumulative preferred stock, as of the close of business on July 1, 2021, will be entitled to vote their shares at the Special Meeting, noted the press release.

In a July 6 joint filing to the STB, the CN and KCS noted the proposed merger will deliver more choices to their rail customers. "The combination allows shippers the ability to connect with other Class I carriers up and down the combined network so that a shipper can use the most efficient and lowest cost gateway and routing options available for a particular move. The combined network will connect with partner Class Is at numerous major gateways, providing unprecedented choice, resiliency and flexibility. More choice tilts negotiations in the customer's favor," noted the filing.

The CN said at end of the comment period over 1,750 letters of support were filed with the STB, including more than 1,000 letters of support for the voting trust. "The voting trust prevents unlawful and premature control of KCS, allows KCS to maintain independence and protects KCS' financial health during the STB's review of the ultimate combination of CN and KCS -- all while CN remains financially strong."

Additional information about CN's pro-competitive combination with KCS is available at www.ConnectedContinent.com

In response, the Canadian Pacific (CP) issued a press release on July 7 stating that CN's latest reply "doubles down" on arguments for a voting trust that CP has already shown do not meet the STB's public interest test and "sweeps under the rug the many public interest costs associated with CN's proposed use of a trust."

CP filed comments with the STB on June 28 outlining why the public interest costs of CN's proposed voting trust outweigh the non-existent benefits. With the public comment period closed, STB's subsequent deliberations will determine the course of competition for U.S. railroading and North American commerce for the next 150 years, noted the CP.

"Hundreds of shippers, governments and other stakeholders across North America have written the Surface Transportation Board to warn about the potential public interest harms that would come from allowing CN to close into a trust," said Keith Creel, CP president and chief executive officer. "Only by rejecting the CN voting trust can the board preserve its ability to fully review the public consequences of CN's proposed acquisition of KCS, without the risk of any anti-competitive harms that a voting trust would set in motion."

Importantly, the STB has already approved CP's use of a voting trust and affirmed KCS' waiver from the new rail-merger rules it adopted in 2001 because a CP-KCS combination is truly end-to-end, pro-competitive and the only viable Class 1 combination, noted the press release about the filing. Here is a link to the press release on July 7: https://www.cpr.ca/…

Of the many supporters of a CP-KCS merger, none are more invested than North Dakota grain elevators, the North Dakota Grain Dealers and North Dakota members of Congress on behalf of its agriculture community and other associated groups that rely on rail to ship commodities. The entire North Dakota congressional delegation, consisting of U.S. Senators John Hoeven and Kevin Cramer and U.S. Rep. Kelly Armstrong, submitted a letter to the STB on June 28 expressing support for a combination of CP and KCS.

"CP Railway is one of two Class I freight rail providers in North Dakota, both of which provide integral market access for much of North Dakota's commodity-driven economy. As a state rich with natural resources, including agricultural products, crude oil, and others, producers in our state rely on freight transportation to move their products to market," noted the letter.

"Currently, shippers in North Dakota have direct access to ports in the Pacific Northwest, and thus much of Asia, through rail transportation provided by both Canadian Pacific and Burlington Northern Santa Fe (BNSF). A KCS/CP merger would create the first Class I railroad with track in Canada, Mexico and the United States, opening access to new markets for our State's producers in Mexico, while also providing a more direct route to markets in the Southern United States.

"This in turn would increase competition and help our agricultural producers continue to provide the highest quality, lowest cost food supply in the world, while also contributing to our nation's energy independence. Further, a KCS/CP merger would preserve the competitiveness of the rail industry among the limited number of Class I carriers operating in the U.S. In fact, the proposed merger would remain the smallest of the Class I railroads, promoting competition among railways in the region and ensure railways provide efficient service and competitive rates," concluded the letter.

The CP said it looks forward to STB's decision on CN's proposal, which will "mark the next milestone in CP's ability to present the CP/KCS alternative, which offers all the same benefits and more without any of the competitive and other costs of a CN acquisition of KCS."

By law, the STB must make a final decision within approximately 16 months after the applications are filed.

Here is a link to all the filings by various people/groups in response to both the CN and/or CP proposals for merging with KCS. https://prod.stb.gov/…

Here is a link to the STB Major Rail Consolidation Procedures: 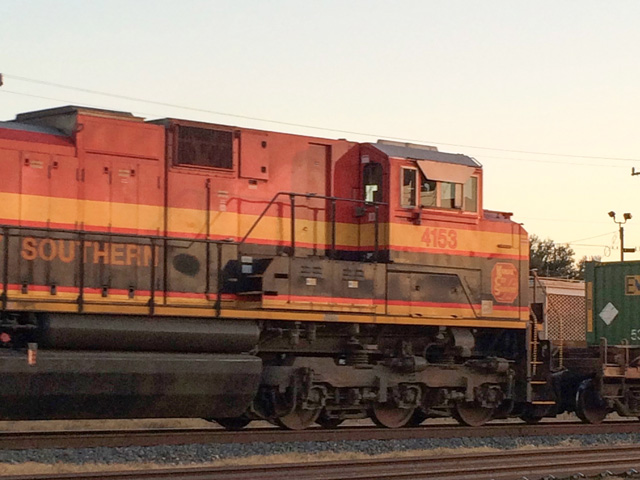