After being closed early in the week due to an I-40 bridge structure concern, the Lower Mississippi River was reopened to vessel traffic Friday morning.

The Coast Guard announced Friday it was lifting the waterway restriction from mile marker 736 to mile marker 737 on the Mississippi River to all vessel traffic. As of Friday morning, there were 62 vessels and 1,058 barges in queue.

"Based on information provided to us by the Tennessee Department of Transportation, the Coast Guard has determined that transit under the I-40 bridge is safe for maritime traffic," said Coast Guard Capt. Ryan Rhodes, captain of the Port of Memphis. "We appreciate the cooperative efforts of both the Tennessee and Arkansas Departments of Transportation, as well as maritime port partners, to ensure the safety of our waterway."

A crack was discovered near the center span in the I-40 Hernando de Soto Bridge spanning the Mississippi River at Memphis, Tennessee, during a routine inspection earlier this week. As a result, the U.S. Coast Guard on Tuesday closed the river to all vessel traffic between mile markers 736 and 737 on the Lower Mississippi River. The move was a safety precaution as more inspections were done by the Tennessee Department of Transportation and Arkansas Department of Transportation.

While river shippers were nervous about how long the closure would last, it certainly wasn't the first time the Mississippi River has been closed to all traffic north and southbound. Flooding, barge groundings, dredging and unexpected lock failures have all caused closures -- some catastrophic -- with some lasting for many weeks.

Usually, when river closures happen, we see barge freight and basis on the river and at the Gulf affected, as happened midweek this week. Many thought the limit-down corn market Thursday and the sharply lower soybean futures were also due to the river closure. But, in my opinion and from experience, that was not the case. The futures market drops seemed due for a correction and, given the extremely high futures prices as of late for both corn and soybeans, traders were taking profits. When futures markets start moving lower at a faster pace than normal, sell stop orders are hit, and then we see sharp moves even lower.

DTN Lead Analyst Todd Hultman had this to say about the grain market action this week: "When corn was trading limit down and no one had a good explanation for it, people were scrambling and grasping for straws. Rain in the forecast for the southern two-thirds of the Corn Belt was a more meaningful bearish influence (than the river closure), in my view."

Hultman added: "As for Friday's sell-off in corn, it was not bridge-related at all, but was related to a slim chance for rain in Brazil late next week. DTN Ag Meteorologists Bryce Anderson and John Baranick informed us early Friday of the nuances in the forecast. The 6.4% drop in Brazil's new-crop corn price also points to Brazil being Friday's bearish concern."

"Those two locks are good links in the supply chain to monitor since most any volume going through those two locks will need to pass by Memphis to ultimately arrive at Gulf export terminals," Steenhoek said. "They also represent the two main feeders -- the Upper Mississippi River and the Ohio River -- into the lower portions of the Mississippi River, which includes the Memphis area."

Steenhoek added: "If a single barge accommodates approximately 1,500 tons of grain or soybeans, delaying 982,000 short tons of grain and soybeans will amount to 655 barges. Because 80% of U.S. soybeans are exported between the months of September and February, other commodities, particularly corn, will bear more of the brunt of the barge traffic suspension, but soybeans will clearly be impacted as well. A disruption in the supply chain is very analogous to squeezing a balloon -- pressure can be alleviated in one area, but it will be augmented in another (truck/rail)."

As for the Hernando de Soto Bridge reopening to vehicular traffic, the Tennessee DOT noted in a May 14 news release: "The design team is investigating the benefits of installing a steel plate to beef up the fractured section and thus increase our factor of safety for the existing configuration. The team is working on an interim repair design concept that contemplates using steel rods that would be attached to the bridge and span over the fractured section and provide the needed strength to reopen the bridge to vehicular traffic." For the full news release, see https://www.tn.gov/….

Steenhoek said the issues with the Hernando de Soto Bridge are a reminder that the country's infrastructure needs more attention.

"If we have such pronounced structural problems with the bridges that are a component of our interstate system -- the flagship portion of our nation's surface transportation system -- then we clearly must have significant challenges with our local bridge inventory -- especially in rural areas," Steenhoek said. "The number of structurally deficient bridges in rural America affirms this concern."

The most recent report card from the American Society of Civil Engineers gave U.S. bridges a "C" grade. "Currently, 42% of all bridges are at least 50 years old, and 46,154, or 7.5% of the nation's bridges, are considered structurally deficient, meaning they are in 'poor' condition," noted the ASCE. Here is a link to the report card for U.S. bridges: https://infrastructurereportcard.org/….

Steenhoek added: "I routinely express how the United States can increasingly be described as a spending nation, not an investing nation. There is a big difference between the two. As we move forward, it is my hope that this situation will further galvanize efforts to produce a comprehensive infrastructure investment strategy that addresses the needs of both urban and rural America." 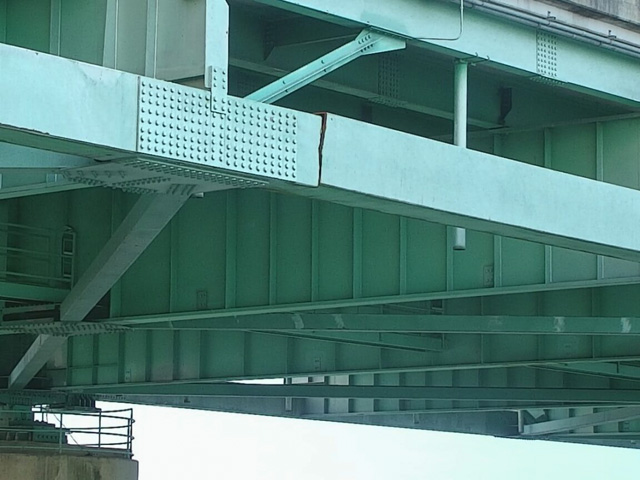