On April 20, Canadian National Railway (CN) said in a press release it has "made a superior proposal to combine with Kansas City Southern (KCS) in a cash-and-stock transaction valued at $33.7 billion, or $325 per share." Prior to that offer, on March 21, 2021, Canadian Pacific Railway (CP) and KCS entered into a merger agreement, valued at $25 billion, under which CP agreed to acquire KCS.

Between March 21 and April 10, the Surface Transportation Board (STB) accepted comments from the public about the proposed CP acquisition. Here is an April 12 DTN article about the mixed comments on the proposed CP/KCS railroad merger, with one of the sticking points related to a waiver published in the final regulations governing proposals for major rail consolidations on July 11, 2001. https://www.dtnpf.com/…

However, on April 23, the STB in a press release said, "The Surface Transportation Board announced a decision finding that the waiver provision under 49 C.F.R. 1180.0(b) applies to the potential transaction between Canadian Pacific Railway and Kansas City Southern Railway. This 2001 merger regulation granted a waiver allowing a merger involving KCS and another Class I railroad to be considered under the Board's pre-2001 merger regulations, subject to the board's review. Per the board's decision, the agency's review of the transaction will be governed by the regulations set forth at 49 C.F.R. part 1180 (2000)."

Meanwhile, on April 24, CN released another press release stating, "CN today announced that it looks forward to engaging with the board of directors of KCS to complete confirmatory due diligence and finalize a definitive merger agreement to combine the companies and create the premier railway for the 21st century."

Then, on April 26, CN released another statement saying, "More than 400 customers, suppliers, elected officials and other stakeholders have sent letters of support for CN in less than a week, highlighting the pro-competitive benefits of its proposed combination with KCS. This is an overwhelming demonstration of support for CN's pro-competitive combination, which will create a true USMCA railroad and provide numerous new connections and service options for customers, establishing a seamless single-line service to expand North American trade and power economic prosperity."

However, many of the other letters/filings sent to the STB were in opposition to the CN-KCS merger because of the negative impact it could have on many agriculture shippers.

On April 21, North Dakota Grain Dealers Association (NDGDA) filed a letter with the STB to express its opposition to the CN bid and reiterated its support for swift approval of the CP-KCS merger because of the "significant benefits" the merger should bring, including expanded markets to the North Dakota grain shippers serviced by CP and strengthened competition against the other, larger rail carriers and trucks that serve their members' markets.

The Wheaton-Dumont Co-Op Elevator, Wheaton, Minnesota, was one of many elevators in the Upper Midwest filing a letter of opposition to the proposed CN-KCS merger. "The economy in the U.S. Upper Plains depends on grain production, and a significant share of the grain leaving the region moves by railroad. At present, our CP-served grain handling facilities in this area are limited by their destination access. This puts our CP served elevators at a disadvantage because they lack the same market access to destinations that BNSF-served competing facilities have on a single line haul," said Philip Deal, CEO. "A CP-KCS combination would place us on a more even playing field and greatly expand access to growing markets across the United States, Mexico, Canada and even internationally. The bid by CN jeopardizes this access and the once-in-a-lifetime opportunity to level the field and grow businesses."

Executive director of the Soy Transportation Coalition Mike Steenhoek, told DTN in an email, "While the Canadian Pacific proposal clearly has and will likely continue to stimulate further consolidation exploration among Class I railroads, I believe the proposed Canadian National acquisition will inject even more energy into exploring railroad consolidation. As I've mentioned earlier, I do not know of many agricultural shippers who would welcome such a prospect.

"A Canadian National/Kansas City Southern railroad would create the third largest Class I railroad with a network unique and distinct from the other Class I railroads -- a Y-shaped network that would provide an enhanced north-south corridor through the middle of the U.S. with access into Mexico and then, at the junction with Chicago, branching to the east and west coasts of Canada. If this were to occur, it is reasonable to assume the other Class I railroads would intensely explore how they can merge, acquire or consolidate in order to enhance their competitiveness."

Additional information from the perspective of the two competing railroads can be accessed at the following:

RESPONSE FROM CANADA ON PROPOSED MERGERS

"The initial announcement of CP's plan to take over the KCS railway in March was well received by various agriculture groups on the Prairies. While the majority of Canadian grain flows either east or west, the idea of streamlining north-south movement, potentially opening up new markets or even accessing new export facilities, is viewed as appealing and a means of growing the industry over time. Since CN's involvement, there has been less coverage from an ag industry perspective," said DTN Canadian Grains Analyst Cliff Jamieson.

"CN's topping bid, however, has been huge news from a Canadian business perspective, with nonstop coverage from business writers, broadcasters and stock analysts, as these competing companies play out their attempts to land this deal in what is viewed as a very public and unique fashion. CEOs of both CP and CN have released public letters to the CEO of KCS, while the latest is a letter made public by CN directed to the U.S. regulator, the STB," said Jamieson. "Attempts are being made to discredit each other's offer, while persuading KCS shareholders, persuading potential customers as well as the U.S. regulator. Canadian industry hasn't seen an event such as this in some time."

BNN Bloomberg, Canada's business news network, stated, "These two companies have been battling for more than a century; this is just the latest chapter."

Jamieson concluded, "Now we wait to see how the U.S. regulator responds to concerns of what is described as 'modest' overlap between CN and KCS operations. Some analysts think CP will come back with an even higher offer and feel they are positioned to do so, although CP has stated this will not happen. It is also expected that KCS shareholders will respond within the next few weeks."

Both proposed acquisitions must be reviewed and ultimately approved by the STB. Here is a link to the most recent filings concerning both proposals: 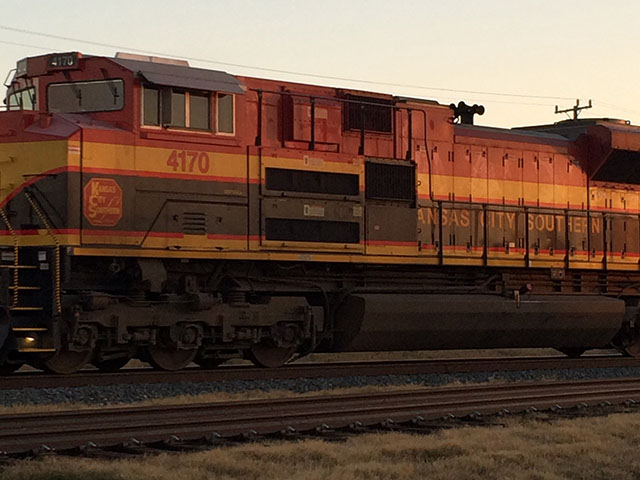