The 2019 season ended on Nov. 28. Historically, the last tow to leave St. Paul usually takes place the last week of November or the first week of December, noted USACE St. Paul on their website.

This winter, USACE noted they will begin winter renovation and maintenance at Lock and Dam 4, in Alma, Wisconsin, Dec. 7. The repairs require the lock to be completely closed. The lock repairs are scheduled to be complete by March 14.

The 2020 shipping season ran smoother than the 2019 season, which experienced historic flooding causing lock closures along most of the entire UMR on and off for months. The St. Louis Harbor had to shut down barges from moving up or downriver through there on three different occasions in the late spring and early summer of 2019.

In 2020, the MV R. Clayton McWhorter was the first tow to lock through Hastings, Minnesota, on April 6, as spring flooding then became an obstacle for more barges able to reach the Mississippi River in St. Paul. Downriver from St. Paul, high water caused Lock 16 to close at Muscatine, Iowa, where the river was above flood stage at 18.89 feet on April 12. With the lock closed until around April 18, no tows were able to move up or downriver through there.

While conditions improved in the UMR, flooding persisted in the Lower Mississippi River (LMR), causing barge traffic to slow north and southbound to the Gulf. After heavy rains in the Mississippi and Ohio river valleys increased river stages, the Mississippi River at the Carrollton gauge rose to near flood stage of 17 feet, prompting USACE to open the Bonnet Carre spillway on April 3.

American Commercial Barge Line noted on their website that the 2020 opening of Bonnet Carre "was the 15th opening since its installation in the 1930s. This is a record-setting third year in a row for this flood control structure to open, following the longest-ever 123-day opening in 2019. The 2020 opening of the spillway highlights how significant the current flood conditions are and how they have affected the industry over the last three years."

As summer progressed into fall, the Mississippi River went from flooding to low water conditions, with the lowest water levels and some spots below zero gauge in the Lower Mississippi River. When the river gets too low, shippers are forced to cut drafts, meaning they ship less grain for the same costs as normal. River closings took place between October and November as low water caused barge groundings.

Barge freight soared higher as shippers needed empties to load out the harvested grains. In turn, basis levels in the affected areas were weaker as freight costs rose, and some terminals became full and had to stop taking grain temporarily.

Barge freight costs are currently steady and shippers have been busy loading and releasing barges. One barge line noted that some shippers have been willing to shut down facilities rather than pay a huge premium for spot barges that have been slow to get to them.

Currently, river levels have improved somewhat in the LMR, while levels there and at St. Louis are nothing to brag about but remain passable by tows for now. We will need to see more moisture this winter in those areas or face more issues for navigation throughout the winter. 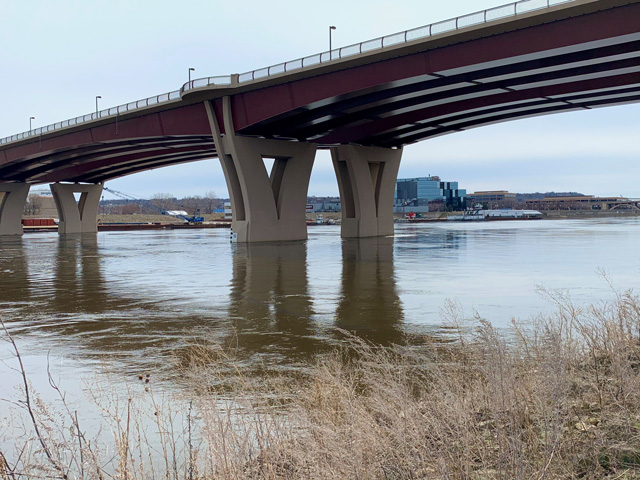