Hope springs eternal. As the coronavirus has taken over our lives, there are still many signs of hope along the way that attempt to bring us back to normal. Two obvious signs are the sunrise and sunset that happen every single day no matter what is going on around us, and remind all of us that life goes on.

On March 19, the first day of spring, there was a very welcome sign of hope in St. Paul, Minnesota, on the Mississippi River. St. Paul is where grain shipping starts its path south through the 29 U.S. Lock and Dam system then heads through St. Louis, Missouri, and on to River Delta near New Orleans and into the Gulf of Mexico.

With open arms, MV Miss Doris was welcomed as the first tow to reach here to start the 2020 navigation season. It made its trek through Lake Pepin on March 18, the last major barrier for vessels reaching the head of the navigation channel in St. Paul, Minnesota. Located between the Minnesota cities of Red Wing and Wabasha, Lake Pepin is the last part of the river to break up, because the river is wider and subsequently the current is slower there than it is at other reaches of the river, notes the U.S. Army Corps of Engineers (USACE) website. Once a tow can make it through Lake Pepin, it can make it all the way to St. Paul.

The average date for the first tow to reach St. Paul is around March 18, but historic flooding and ensuing lock closures downriver kept the start of the 2019 navigation season in the Upper Mississippi River (UMR) in limbo. The first tow didn't make it to St. Paul, Minnesota, until April 24, 2019, when MV Aaron F. Barrett, pushing 12 barges, finally locked through Lock and Dam 2 near Hastings on that date. After MV Barrett arrived, St. Paul would not see another tow for more than three weeks because of ongoing flooding closing locks on and off in the Rock Island District, stopping any vessels from coming upriver.

While flooding in the northern UMR has not been a major issue yet, recent rains in the Midsouth that moved further north into the Upper Midwest over the past week gave rise to the water levels on middle UMR, noted Tom Russell, Russell Marine Group on March 22, "the St Louis Harbor at Mile 175 on the UMR is near flood stage and will exceed flood stage over the next few days. Tow sizes have been reduced and barge traffic limited to daylight only."

The Lower Mississippi River (LMR) from Cairo to New Orleans has been battling high water for nearly three months. "This has been an ongoing pattern since December 2019 that has kept the LMR from Cairo to New Orleans in high water stage. Barge traffic on the Lower Miss is moving with safety zones that reduce the size of tows and some daylight only transit areas in effect," said Russell.

DTN Senior Ag Meteorologist Bryce Anderson noted that the DTN Ag weather forecast keeps periods of rain in store across the Midwest during the next week. "Fieldwork disruption and some flooding is likely. Northern areas have a high prospect of flooding during the coming spring after record precipitation during 2019 and periods of wet weather through the winter of 2019-20. The Delta has additional moderate-to-heavy rainfall indicated during the next five days. Wet conditions have caused significant disruption in fieldwork. Flooding is a major threat due to already-saturated soils ahead of the rain."

I paid a visit to the Mississippi River in downtown St. Paul over the weekend and there were a few paths along the river that were closed from slight flooding the past few weeks. The river is expected to rise to just under 10 feet by the end of the month. While it looks promising for now in St. Paul, heading downriver there are areas that may have or continue to have some flooding issues.

We can only hope we do not see the severe flooding we experienced across the entire Mississippi River System in 2019 that decimated farmland, river towns and stressed the infrastructure of our Locks and Dams and levees. So far, 2020 has not started out the same way 2019 did as far as snowmelt and severe weather, so there is still the hope that while we could see flooding from spring rains, it may be mild compared to 2019.

Here is a link to the NOAA March 19 spring flood update: https://www.weather.gov/…

Here is a link to the spring flood outlook for the St. Louis Service Area from the weather forecast office St. Louis, Missouri: https://www.weather.gov/… 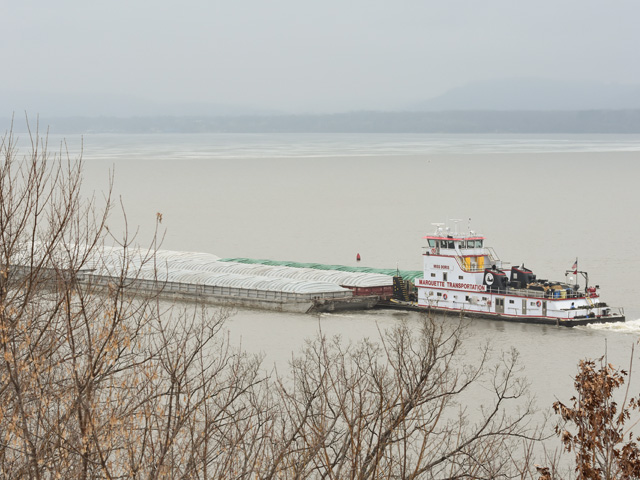