On June 12, Sens. John Hoeven, R-N.D., and Michael Bennet, D-Colo., introduced the Modernizing Agricultural Transportation Act, bipartisan legislation to reform hours of service and electronic logging device (ELD) regulations at the U.S. Department of Transportation. The bill would also delay enforcement of the ELD rule until the "reforms required under the bill are formally proposed by the U.S. Secretary of Transportation."

In an update to the ELD issues I wrote on June 4 titled "Time Running Out for Agriculture ELD Exemption," I noted that while livestock haulers were temporarily exempt from installing and using ELDs, ag haulers would lose their waiver as of midnight on June 18. To read my full column, visit https://www.dtnpf.com/…

In a news release on his website, Sen. Hoeven, a member of the Senate Appropriations Committee on Transportation, said, "Improving highway safety is an important goal, but the rules we put in place must recognize the very real challenges faced by those who haul livestock and other perishable commodities.

"Our legislation would delay enforcement while ensuring that the HOS and ELD rules are reformed with the concerns of all impacted stakeholders taken into account. That means providing a permanent, flexible solution that both strengthens safety and ensures the humane transportation of livestock."

Sen. Bennet added in the release: "Our bipartisan legislation will provide Colorado's farmers and ranchers a seat at the table to help develop sensible rules around the transportation of agricultural goods. It is important that we maintain safe roads for all, while also recognizing the unique flexibility needed for the transportation of Colorado's agriculture products."

Specifically, the Hoeven-Bennet bill would establish a working group at the Department of Transportation (DOT) to "identify obstacles to the safe, humane and market-efficient transport of livestock and, within one year of the group's establishment, develop guidelines for regulatory or legislative action to improve the transportation of these commodities."

The working group will be comprised of representatives from the transportation and agriculture industries, as well as USDA, and is required to consider the following:

-- The impact, incompatibilities and other challenges and concerns of existing HOS rules and ELD rules under the Federal Motor Carrier Safety Administration (FMCSA) on the commercial transport of livestock, insects and agricultural commodities.

-- Initiatives and regulatory changes that maintain and protect highway safety and allow for the safe, efficient and productive marketplace transport of livestock, insects and agricultural commodities.

-- Other related issues that the Transportation Secretary considers appropriate.

The news release noted that within 120 days of receiving the working group's report, the transportation secretary must propose regulatory changes to the HOS and ELD regulations, taking into account the findings and recommendations of the working group.

Another bill that would make changes to the transport rules, the Transporting Livestock Across America Safely Act, is facing opposition by transportation groups. Lane Kidd, executive director of the Trucking Alliance, and Catherine Chase, president of Advocates for Highway and Auto Safety, sent a letter to U.S. senators and members of the House opposing bill S.2938.

In their letter to members of Congress, Kidd and Chase wrote, "Not only would the bill exempt thousands of truck drivers from using an ELD, but it would also arbitrarily increase the number of federal on-duty driving hours they can operate a vehicle.

"While ostensibly these increases are for agricultural haulers, the proposed changes to the hours limits would compel many similarly situated local and regional haulers to request comparable exemptions. This would have the effect of nullifying to a very significant degree the HOS limits the Federal Motor Carrier Safety Administration (FMCSA) has established for much of the industry."

Also in their letter, Kidd and Chase wrote: "Instead of exempting livestock haulers from this safety requirement, they should be encouraged to develop an answer to their logistics management issue. Regardless of commodities hauled, we should never sacrifice the safety of the general public sharing our highways or the truck drivers delivering them for the purpose of getting any product to market." Here is link to the entire letter: http://www.dtn.com/…

Bill Sullivan, ATA executive vice president for advocacy, told various trucking news groups that the proposed bills threaten to impede highway safety and "runs in direct conflict with adherence to the hours of service rules that govern the operation of commercial motor vehicles. Rolling these rules back will punish motor carriers and drivers who have followed the rules and will diminish compliance."

The ELD and HOS issues have become double-edged swords and will continue to remain such until an equitable and safe compromise can be reached. 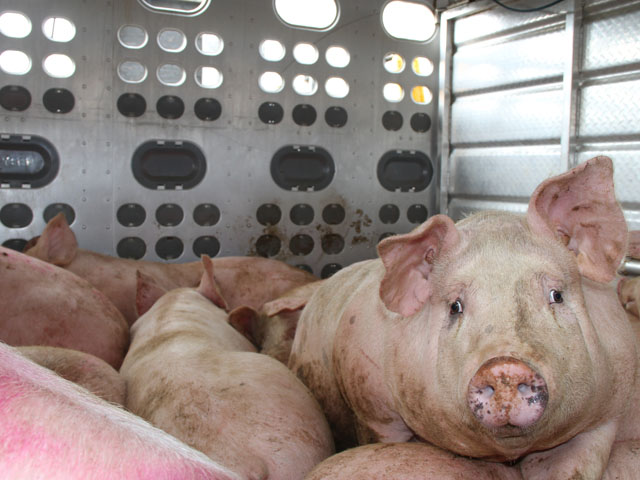