OMAHA (DTN) -- Distillers dried grain (DDG) domestic prices continue the climb we witnessed through most of the winter. Much of that strength has come from the sharp rise in soymeal prices; while those prices have come off their recent highs, they are still giving DDG the edge as a better value per unit of protein. Thursday's higher DDG prices found support in by the surge in the corn market after USDA estimated 2018 corn plantings at 88.0 million acres, versus 90.2 million a year ago, and less than market expectations.

A DDG merchandiser told me product could get tight, especially in the eastern truck market as plant maintenance shutdown season starts soon. He also noted as temperatures increase and pastures start to green, we may see some seasonal downturn in prices, but so far deferred bids aren't reflecting that. He noted that, seasonally, as more cattle go to slaughter in the spring and summer, less feed will be consumed. For now, the late start to spring has slowed any chance of pastures greening soon, especially in the upper Midwest.

The average DDG spot price from the 39 locations DTN collected bids from was $159 for the week ended March 29, up $5 on average versus a week ago. Based on the average of bids collected by DTN, the value of DDG relative to corn for the week ended March 29 was at 114.82%, and the value of DDG relative to soybean meal was at 41.40%. The cost per unit of protein for DDG was $5.89, compared to the cost for soybean meal at $8.08.

Distillers dried grain with solubles (DDGS) prices delivered to the California market were stronger last week as more unit trains have been heading to Mexico. Export statistics released by the U.S. Census Bureau on March 7 showed total U.S. exports of DDGS totaled 898,940 metric tons in January, down 4% from a year ago. Mexico was the top export destination again in January, accounting for 20% of the total, proof that Mexico is an important U.S. customer.

Barge CIF NOLA DDGS prices were $2/mt higher while FOB NOLA prices were $6/mt higher on average compared to last week, noted USGC in its weekly price report. A merchandiser told me DDGS at the Gulf are currently 130% the value of corn and the Gulf is short on product. He noted the uncertainty over how many loaded barges are actually either sitting at the Gulf or trying to work their way down there as river conditions in the Lower Mississippi River (LMR) to the Gulf remain a problem due to flooding. He said if this is the case, that could change the price picture, but it's not easy to determine yet.

Regardless, the Gulf is a mess right now. Tom Russell, Russell Marine Group, told DTN on March 30, "The Baton Rouge and New Orleans Harbor continue to be backed up and congested due to high water. Logistics are stressed. Barge fleets are having difficult time delivering barges due to mandated safety measures. Once barges are in port, fleet delivery times to destination terminals can take additional four to six days. Safety protocols are likely to be in place well into May as rains occurring across the Midwest, northern areas of the South, and Ohio River Valley over the next 10 days will create another rise on rivers throughout the system."

Last November, China's Ministry of Foreign Affairs announced on its website that it would again allow U.S. DDGS to be imported without charging an 11% value-added tax (VAT). At that time, U.S. Grains Council (USGC) President and CEO Tom Sleight told DTN that China's statement to remove its VAT on imports of U.S. DDGS "opens the door a little" for U.S. imports. "We are pleased to see this move, which we've been working toward for months," said Sleight. "This change will immediately improve the competitiveness of U.S. DDGS in what was once our top market, which is a very positive thing," said Sleight. He also noted this may be a step, albeit small, toward a possible negotiation over the stiff duties and tariffs U.S. DDGS exports to China still face.

Fast forward to March 22 when President Donald Trump signed an executive order creating close to $60 billion in new tariffs against China. The tariffs cover high-tech products made in China and are in place to restrict Chinese investment in the U.S., which will banish the likelihood of any negotiations on the DDGS duties and tariffs that Sleight mentioned above.

On March 22, U.S. Grains Council released a statement by Sleight in response to that announcement. "The farmers and exporters we represent have been here before in our relationship with China. Since 2010, we have been adversely impacted by trade policy actions by China against U.S. DDGS, sorghum, ethanol and corn. We have supported targeted, U.S. government efforts to address these issues but nevertheless remained dedicated to the China market because it holds immense growth potential for U.S. agriculture."

With the return of Vietnam in November 2017 as a buyer of U.S. DDGS, exports did get a boost after Vietnam shut off U.S. DDGS in October 2016 over issues pertaining to fumigation. While Vietnam has been one of the largest customers of U.S. DDGS, the loss of China has had an impact on exports as well.

"While we are not surprised, we are dismayed at new tariffs announced by the Trump administration against China, which will almost certainly prompt immediate and painful retaliation against U.S. agriculture and which have already complicated our global efforts to promote sales of U.S. grains and grain products," said Sleight. 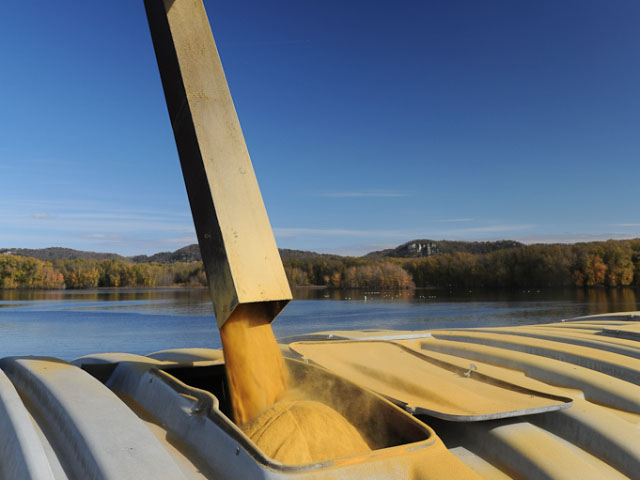