Last week, the National Grain and Feed Association (NGFA) and others responded to the Surface Transportation Board's request for comments on improving procedures, saying that the nature of the SAC standard the board uses is the single greatest source of delay in processing SAC cases.

It's been over two years since the Surface Transportation Board (STB) held a June 10, 2015, hearing in Washington, D.C., to give rail shippers, agricultural organizations and railroad companies the opportunity to express their opinions about improving procedures to set fair shipping rates. Through those meetings, the STB explored the issue of "making the rate-case process more accessible" to all shippers who use rail as their mode of transportation. The Staggers Rail Act of 1980 provides rail shippers with the ability to challenge unreasonable rates.

In a June 11, 2015, news release, the day after the hearing, the NGFA noted that, in 2014, they developed and proposed a new rate-reasonableness methodology, dubbed the "agricultural commodity maximum rate methodology" as one approach that the STB could use to change its existing procedures to resolve rail rate challenges involving agricultural products. The NGFA said that its proposed new approach would "meet the tests of being more accessible and inexpensive to administer, including for shippers with smaller claims; provide a meaningful constraint on the ability of carriers through their rate-pricing practices to make certain facilities uncompetitive in shipping by rail, and provide for more expedited and timely decisions."

The STB continued to hold informal meetings with stakeholders and then issued an Advance Notice of Proposed Rulemaking (ANPRM) on June 15, 2016, seeking formal comment on specific ideas raised in the informal meetings as well as comments on any other relevant matters. Based on the comments, the board proposed specific changes intended to help improve the rate review process and expedite rate cases.

The proposed rules were not intended to be a "comprehensive response" to the comments received on docket No. EP 733, nor were they the "final action" the board planned to take to improve the rate review processes for all shippers. The board noted it would continue to evaluate the comments received and review its regulations generally, and propose additional revisions at a later date if warranted.

That later date came in a decision posted on their website March 30, 2017, where the board announced that, "Pursuant to Section 11 of the Surface Transportation Board Reauthorization Act of 2015, the STB is proposing changes to its rules pertaining to its rate case procedures to help improve and expedite the rate review process." Comments were due by May 15, 2017, and reply comments were due June 14, 2017.

There were plenty of comments and replies to those comments sent to the STB from industries who supported the changes and those who did not. The railroad industry understandably is not keen on the possibility of being regulated on how it determines rail rates. The shipping side of the industry, on the other hand, supports a more "fair" and equitable approach to determining rail rates. Shippers also support a change to the current process of challenging rates they feel are unreasonable.

On May 15, 2017, the Association of American Railroads (AAR) in their opening comments, noted that they have a "strong interest in ensuring that the board's rate reasonableness processes do not cause unnecessary delay and expense while facilitating analysis based on sound economics consistent with the national Rail Transportation Policy."

Here is a link to the comments: https://goo.gl/…

In their comments, the AAR said it continues its long support of efforts by the board to "limit the cost and complexity of the Stand Alone Cost ("SAC") test as applied by the board while maintaining the economic principles underlying the test."

On June 14, 2017, NGFA submitted reply comments in response to the opening comments filed by AAR. "While this proceeding properly focuses on procedural improvements to the board's existing processes for adjudicating rate cases, we disagree strongly with the AAR's opening comments in which it states that the "substantive basis of the board's (rate-challenge) tests does not need overhaul," said the NGFA.

The NGFA, along with other shipper organizations reminded the board that many of the inefficiencies and causes of delays associated with the board's current rate rules could be alleviated by the board following through on its proposals to make changes to the substantive rules it applies to test rate reasonableness. The NGFA agreed that the nature of the SAC standard itself is the single greatest source of delay in processing SAC cases.

The NGFA also urged the board to redouble its efforts to change its existing standards and methodologies that have rendered futile the pursuit of rate-reasonableness challenges by grain and other agricultural shippers. The NGFA continues to believe that the Ag Commodity Maximum Rate Methodology it proposed in EP 665 (Sub-No. 1) provides a strong basis for developing an innovative, objective and comparatively inexpensive rate-challenge methodology.

Bob Zelenka, executive director of Minnesota Grain and Feed Association, told me that, "The previous process was extremely time-consuming and very expensive to pursue. This proposal would streamline the rate challenge process and certainly make it more accessible to the smaller captive shipper, which are the ones most likely to be facing what could be deemed as an unfair or excessive rate."

"We believe it is very important for rail users to have access to some reasonable recourse, to challenge a rate (and service level) that is deemed as unfair, unacceptable or excessive. It is good to finally see the STB become more of an advocate for the rail user, which hasn't been the case up until now, since the advent of the STB in 1996," added Zelenka.

It is interesting to note that despite concerns about "high" rates from shippers of grain over the years, no such shipper has filed a rate complaint with the STB since 1981. Shippers cited some of the reasons were that the current formula was arbitrary, too costly and onerous, which discouraged them from taking part in the current process. If a shipper feels rates are unreasonable compared to others, it has not been cost-effective or easy to dispute rates. If you are a rail shipper, it's no secret that rail rates continue to creep higher. If you are a farmer, you also know that when rail rates creep higher, shipper margins are thinner and that cost is passed on to you.

The rail rate case issue has actually been under discussion since late 2013. Ann Begeman, STB acting chairman, told participants March 19 at the NGFA annual convention in New Orleans more than once during her presentation that it is important to establish deadlines for cases, saying that "deadlines matter." However, she added, "Congress doesn't want us to be moving too quickly on some of our more substantive rulemaking proceedings."

After a near four-year wait and countless comments and revisions, it's time for the board to make a final decision on this issue. 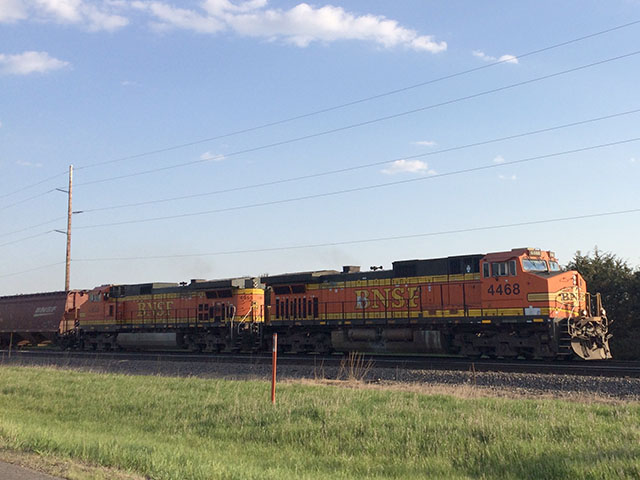