The distillers grains market has faced many challenges in the past 12 months, with U.S. exports to China slowing to a trickle due to higher duties and tariffs and exports to Vietnam coming to a complete halt due to stricter regulations on fumigation. Now there is also concern in Mexico -- another top market for U.S. DDG -- over President Donald Trump's intentions to renegotiate NAFTA and the impact that might have on U.S. exports to that country.

The value of DDG is about 77% to 80% of cash corn, making it a cheaper alternative to corn feeding. DDG also has a higher protein count at 28% vs. corn at 8%.

The following is a look at where U.S. DDG exports to some of the top world markets currently stand.

On Jan. 10, China released a final ruling on U.S. DDGS duties and tariffs following a year-long trade probe. Anti-dumping duties were set at a range from 42.2% to 53.7%, while anti-subsidy tariffs will be between 11.2% and 12%. The duties and tariffs apply to distillers dried grains both with and without solubles and will be in effect for five years starting Jan. 12, 2017. The net result of this is that total duties and tariffs will be somewhere around 80% to 92% the landed price, according to Sean Broderick, DDGS Marketing manager at Cenex Harvest States. The landed price is the total cost of goods that have been shipped to a location including purchase price, freight, insurance, and other costs up to the port of destination. It also includes the customs duties and other taxes levied on the shipment.

The preliminary penalties assessed in late September 2016 were an anti-dumping deposit of 33.8% and an anti-subsidy tariff of 10% to 10.7%.

According to a Renewable Fuels Association May 18 article, prior to China's final ruling, the country had been a top export market for U.S. DDGS. In 2015, the country imported 6.5 million metric tons, accounting for 51% of total U.S. DDGS exports. China's Jan. 10 ruling also contributed to lower prices for DDGS, which have fallen steadily since the summer of 2016.

Broderick spoke at the DGTC symposium and noted that the 19th National Congress of the Communist Party of China will be held in Beijing, People's Republic of China, in the autumn of 2017. Five of the seven members of the current Politburo Standing Committee -- the top decision-making body -- are expected to retire at this congress. Broderick remarked that there is a possibility new members could influence policy and possibly address the current anti-dumping duties. "We need to understand China and embrace them," said Broderick. "We need their business."

The U.S. Census Bureau said Mexico was the top export destination for U.S. DDGS in January, accounting for 19% of total exports, followed by Turkey and China. China's January purchase of 87,310 metric tons was down 60% from a year ago. The Census Bureau March report said that Turkey was the top export destination accounting for 19% of total exports, with Mexico a close second. Exports from September through March are up 6% compared to last year's pace. Exports to China for this timeframe are roughly a third of year ago results.

U.S. grain farmers are voicing their support and appreciation for trade with Mexico, a message U.S. Grains Council Chairman and Maryland farmer Chip Councell gave when he traveled to meet with Mexican buyers in March.

"If you look at the logistics of Mexico, no other country can replace it as a customer for U.S. grain," Councell said in the March 30 USGC Global Update. "The logistics by rail, truck and boat give the United States such a huge advantage."

Mexico is now the largest market for U.S. corn, with 13.3 million metric tons (523.6 million bushels) of imports in 2015/2016, and was the second-largest customer for U.S. DDGS in 2015/2016, with imports of 1.9 million metric tons. For 2017, Mexico's status changed to being the largest export market for DDGS, which has grown 12% compared to last year. "The Ag industry needs NAFTA and it needs to be preserved," said Broderick.

With Vietnam still undecided about the fumigation issue that suspended U.S. exports after Dec. 17, 2016, the U.S. needs to continue to look for other opportunities. Broderick said that in November 2016, Vietnam imported 240,000 metric tons of U.S. DDGS. In January 2017, that total shrunk to zero. Through Oct. 31, Vietnam was the third-largest foreign buyer of U.S. DDGS.

At issue is Vietnam's Plant Protection Department (PPD) ruling that as of Dec. 1, 2016, only methyl bromide would be acceptable as fumigation for bulk and container shipments of DDGS, banning phosphine, the chemical of choice in our industry. PPD's reasoning behind the change was that containers were still arriving infested with the larger cabinet beetle. Some in the industry believe that the infestation may be taking place as fumigated U.S. containers move overseas and are exposed to other containers on the ship that may carry insects.

USDA's Animal and Plant Health Inspection Service, or APHIS, with the help of industry exporters, sent a final proposal about what fumigants can be accepted for use on containers. One concern addressed was who would monitor the fumigation in the United States, what documentation would be acceptable, along with other issues about the process from start to finish to Vietnam's PPD for approval. So far, there has been no response back from Vietnam.

A merchandiser I chatted with at the symposium told me he has heard from sources in Vietnam that this issue may not be resolved until the end of 2017. Meanwhile, Vietnam has been buying DDGS from Canada and other countries, ignoring the U.S. who used to be their No. 1 source. On top of that, DDGS prices in Vietnam are close to $100 per ton higher than U.S. prices.

Broderick noted that countries like Morocco and Egypt have been importing more DDGS, as well as Saudi Arabia. He said he's hopeful about U.S. DDGS exports. "We can't consume everything we make in the U.S., and as plant margins remain good, more DDGs will hit the market. We need the export market."

It is clear that we do need a strong export market. The RFA noted that, so far in 2017, DDGS prices are approximately 40% lower than in June 2016. 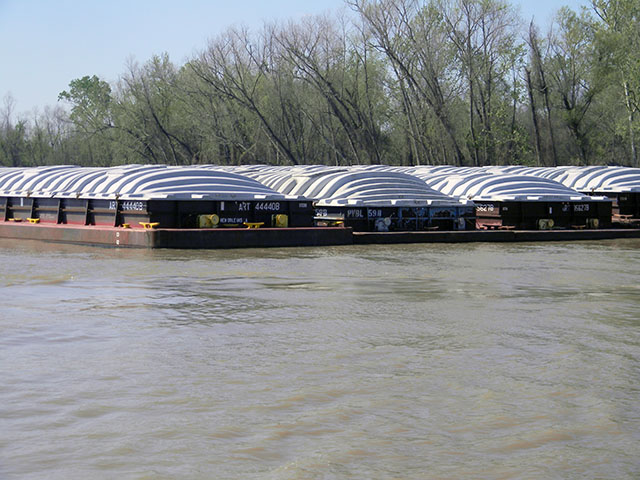