On April 24, the CME Group announced the following: "Effective Sunday, March 18, 2018, and pending all CFTC regulatory review and approval periods, The Board of Trade of the City of Chicago, Inc. ("CBOT" or "Exchange") intends to implement a Variable Storage Rate (VSR) mechanism in its KC HRW Wheat futures. The Exchange intends to implement the VSR mechanism in lieu of seasonal storage rates for the contracts."

The VSR mechanism was actually introduced in November 2009 to improve cash/futures convergence at futures contract expiration, after failing to do so nearly a year and a half prior to that. Farmer and grain merchants were concerned that commodity markets had become more volatile due to increased speculation from funds. A large percentage of commercial market participants told the CME that the VSR concept "would transfer a large portion of the price discovery process, currently occurring in the basis, to the futures spread market, and result in improved cash/futures convergence."

Fast forward to 2017, with the same concerns raised for the HRW wheat basis levels in Kansas being "extremely weak with CBOT KC HRW wheat futures not converging at delivery points such as Kansas City, Missouri, or Salina, Kansas," according the Kansas Farm Bureau (KFB) in response to the survey. "It is important to note though, that while the issues of weak basis and the lack of convergence are related, they are quite different. Weak or wider-than-average basis is a key market indicator, and today's much weaker-than-average basis levels indicate that there is an overabundance of supply. The market can't use all of our wheat, and from a marketing standpoint, it is telling us to store it. Implementation of a VSR or any changes to the CBOT KC HRW Wheat futures will NOT solve these issues."

The KFB also stated on their website, "While it is not a panacea ... a pragmatic step toward better convergence would be to adopt a VSR provision in CBOT KC HRW Wheat futures, similar to what is already in place in their soft red winter wheat contract. This allows the futures contract storage costs to increase to whatever level is necessary to stop futures participants from arbitraging between futures contracts and again bring the focus back to the cash-futures price relationship, and convergence."

However, not everyone agrees. Dan Maltby, consultant for Risk Management Group told DTN, "Obviously, the CME views this as a money maker. KC spread volatility will increase, which over the long run, should offer opportunity." However, he added, "It will have absolutely nothing to do with the local basis out west. Trying to pass this off as related to convergence is hypocritical. The law of unintended consequences will almost certainly kick in too, but everyone will worry about it later."

Angie Setzer, vice president of grain at Citizens LLC, Charlotte, Michigan, said, "For me in my experience, the elevator is the one that benefits the most. The farmer will only benefit right away if he has a bin with good quality wheat in it."

Setzer said in her area, where soft red winter wheat is grown, VSR did work to firm basis, but it took a couple of years to do so. "Some could argue the firming came more from supply shifts, but I know elevators that built space strictly to hold wheat. It became a bidding war at harvest to get your hands on supplies," Setzer said.

"Of course the downside to this is the farmer can and will get charged more for commercial storage. From a farmer standpoint it's important to remember this tool is designed to benefit the folks with bins. Yes, you will likely see your basis strengthen as a result of grain being kept out of the pipeline," said Setzer, "but understand your cost of storage can and likely will increase while you're dealing with the wide basis levels already seen. The improvement in basis you're hoping for could take years to develop; this will definitely not solve your lack of convergence problem overnight."

Speculating how a move in wheat spreads will develop is nearly impossible, added Setzer. "As a speculator or even an elevator manager, you can feel comfortable a spread should move in one direction or will only get so wide, but your guess is really as good as any, because the big dog wheat holders will have the ability to deliver, stop or in any other way manipulate how those spreads are traded (a point the CME will argue isn't true)," she said.

"In the end though, it's not really the death knell some would like you to believe it is for your market structure. To be honest, aside from the potential increase in storage costs, many of you won't really notice it's been implemented other than the likely increase of wheat sitting in areas you aren't used to seeing wheat sit in," concluded Setzer.

Since the HRW wheat VSR mechanism doesn't kick in until Sunday, March 18, 2018, if it passes CFTC regulatory review and approval periods, farmers have some time to try and make sense of it all. 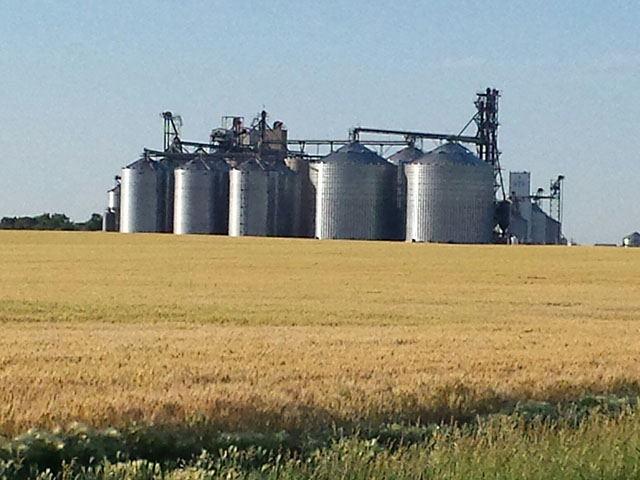