Farm real estate makes up more than 80% of the total assets of agriculture. In most states land values have been softening as farm income has fallen. There have been a lot of predictions and speculation about how much they may go down. My purpose here isn't to predict but rather to look at the factors that drive the market.

The message is that land markets can sustain short-term hits to farm income.

The real issue tends to be when income falls and stays low for several years in a row. If 2016 is as low as predicted, 2017 could be a year of reckoning. More farmers will voluntarily quit farming, fewer will be able to get operating credit and there will be more foreclosures. All would increase the supply on the market, driving down prices, and there would be fewer buyers able to purchase the land, especially at anywhere near current prices. The situation would worsen if able buyers decided to stay on the sidelines, waiting to see if land prices were going to go even lower.

There are two leading indicators that indicate the direction of land values. One is the USDA farm debt:income ratio, which was 6.6:1 after 2015 and 6.1:1 after 2014. Anything above 6:1 is negative and an upward trend is worse. The other is the percent of liquid to total assets. Liquidity fell in 2014 and 2015, which is also bad news.

While many look at USDA's overall debt:asset ratio to judge the financial health of the sector, it is a lagging not leading indicator and usually starts indicating problems about two years after the debt:income ratio.

Another overhanging factor is the new regulation facing lenders. Financial watchdogs are still smarting from the 2008 financial crisis and don't want to be behind the curve this time. They've imposed stricter risk-based capital requirements, more burdensome documentation and more proactively aggressive monitoring. Risk can originate from weaker borrower financial condition, more carryover debt, concentration in the lender's portfolio and increased counter-party risk (say when a vendor or supplier fails, causing a domino effect on customers).

Fortunately -- as opposed to the 1980s farm financial crisis -- ag banks and the Farm Credit System haven't been responsible for overly aggressive lending. Many have required down payments as large as 50% on farm mortgages. Much of what caused land values rising above amounts lenders would finance has been the result of borrowers pledging other debt-free assets to secure the loan; they've used their own money (liquidity) to pay prices above the lendable value of the land purchased.

Another factor feeding farmland appreciation has been the extremely low interest rates which made debt service easier, particularly fixed-rate loans, and also raised the capitalized value of real estate. If interest rates increase, it would increase the number of problem loans.

Another factor which has caused net farm income to fall has been the increasing value of the dollar. It's a result of nearly every major country in the world suffering financial problems. This discounts their currency relative to the dollar and cuts our exports, which are and have been a major driver of U.S. farm income.

Finally, there is still a problem with farmers using distorted accounting methods to gauge their well-being. Many don't know they've lost money until years later. The culprits are relying on cash-basis income rather than accrual adjusted incomes and using market value net worth changes rather than changes in earned net worth to evaluate business performance. Cash-basis accounting and market value net worth are important for income tax management and estate planning, but they're lagging indicators when it comes to business management.

We're going through a correction following an extended boom period. Let's just hope it isn't too extended. Unfortunately, a lot depends on what happens to real income, farm purchasing power and developments in other parts of the world. Although it isn't good for those experiencing it, the most beneficial condition for the U.S would be weather problems cutting supplies in other major producing areas of the world. Of course, the reverse is also true.

EDITOR'S NOTE: Danny Klinefelter is an agricultural finance professor and economist with Texas AgriLIFE Extension and Texas A&M University. He also is the founder of the mid-career Texas A&M management course for executive farmers called TEPAP. Paid subscribers can access all of his DTN columns online using the News Search feature under News. 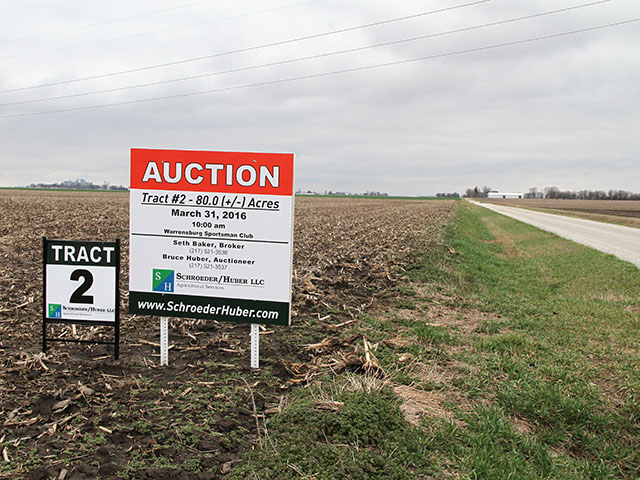