After an eight-month tug of war with the Canadian National Railroad to acquire the Kansas City Southern railroad, Canadian Pacific is getting closer to sealing the deal. On Wednesday, Nov. 3, the CP released a statement announcing that it has scheduled a virtual meeting at 11 a.m. EST on Dec. 8 for shareholders to vote on the issuance of the CP common shares to KCS stockholders in connection with the proposed merger with Kansas City Southern.

In a news release, CP stated that as it had previously announced on Sept. 15, the company has agreed to acquire KCS in a stock and cash transaction valued at approximately $31 billion, which includes the assumption of $3.8 billion of outstanding KCS debt.

"The transaction, which has the unanimous support of both boards of directors, values KCS at $300 per share, representing a 34% premium, based on the CP closing price on Aug. 9, 2021, the date prior to which CP submitted a revised offer to acquire KCS, and KCS's unaffected closing price on March 19, 2021," the company stated.

CP added: "On Sept. 30, 2021, the STB confirmed that it approved the use of a voting trust for the transaction. The conditions to closing the voting trust include receipt of approval from the shareholders of both companies along with the satisfaction of other customary closing conditions, including receipt of Mexican regulatory approvals."

"At the closing, KCS shareholders will receive 2.884 CP shares and $90 in cash for each KCS common share held, and KCS's voting shares will be placed into trust. The companies expect the transaction to close by the first quarter 2022," noted the CP.

All of this is contingent on final approval by the Surface Transportation Board.

On Nov. 2, the STB issued a decision inviting public comments on a proposed procedural schedule for the proposed transaction between Canadian Pacific Railway Limited and Kansas City Southern Railway Company.

"On Sept. 15, 2021, CP and KCS filed an amended notice of intent to file a merger application, and on Oct. 29, 2021, filed their application with the Board," noted the STB news release. In the Nov. 2 decision, the board proposed a procedural schedule that allows sufficient time for the submission and review of evidence and arguments, as well as careful consideration of the merits of the proposed transaction.

"Among other things, the schedule proposes dates for comments to the application, the filing of responsive applications, and the submission of final briefs," STB noted in its news release. "Additionally, the board's proposed schedule provides that the board will decide in a subsequent decision whether to conduct a public hearing, which would be held on a date following the submission of final briefs."

Written comments on the board's proposed procedural schedule are due by Friday, Nov. 12.

The months-long merger saga between CP and KCS started on March 21 when the CP announced on its website that the railroad planned to combine with Kansas City Southern to create the first U.S.-Mexico-Canada rail network. Not long after that, rival Canadian National upped the ante and decided that it wanted to merge with the KCS. What followed was a back-and-forth between the two companies touting their deals with many letters filed to the Surface Transportation Board both for and against each merger. The STB put an end to the tug of war on Aug. 31 when it rejected CN's voting trust proposal, opening the door for the CP to pursue its offer, which CP had sweetened a bit since its original proposal.

DTN has been covering the proposed merger since it first started in March. Here are some recent story links: 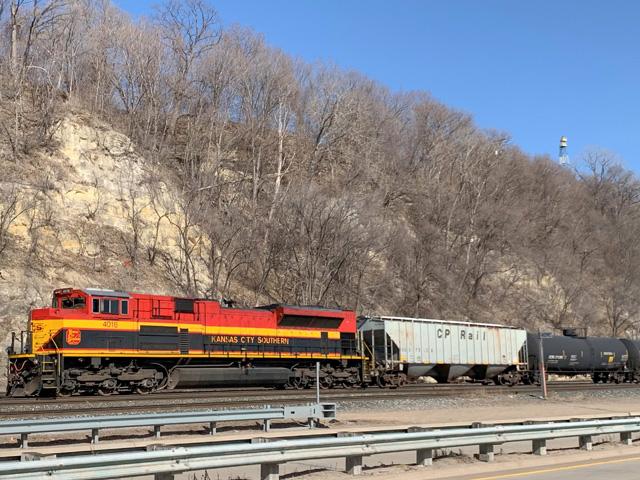