JBS USA Holdings Inc. was expected to close on its purchase of the Mountain States Rosen lamb processing facility in Greeley, Colorado, last Friday but senators and House members from five western states have asked the Justice Department to intervene in the purchase.

"It is our understanding that JBS intends to permanently destroy all of the lamb processing equipment as soon as this week," the lawmakers led by Sen. Mike Lee, R-Utah, wrote Assistant Attorney General Makan Delrahim last Wednesday.

Mountain States Rosen (MSR) is a farmer cooperative that was owned by 150 ranch families, but the processing plant fell into bankruptcy and JBS bought the plant in bankruptcy court. The MSR plant also happens to be just across the road from the JBS beef processing facility in Greeley. And JBS actually owned and operated the lamb plant before selling it to the cooperative in 2015. The Fence Post reported JBS plans to use the processing plant to grind hamburgers and cut steaks for its beef plant, a plan that will leave western lamb producers with no place to process.

"This is alarming for several reasons," the lawmakers continued in their letter. "In addition to eliminating hundreds of jobs, MSR's Greeley facility is one of the largest lamb processing facilities in the region, and serves sheep ranchers from 15 states, including Utah, Montana, South Dakota, Wyoming, and California."

"This facility competes head-to-head with JBS, which imports all of its lamb products," the senators and congressmen wrote to DOJ. "Through this acquisition, JBS will eliminate a major domestic competitor in the region and could replace significant quantities of the American-raised lamb with imported products. Industry experts tell us that the lamb processing market does not have the capacity to absorb the lambs currently going to MSR. Approximately 15% to 20% of the U.S. supply may not find a processor when they are ready for market.

"We are told that many of these family-operated sheep ranches in the Western states may go out of business after this deal, costing the lamb industry potentially hundreds of millions of dollars per year."

The lawmakers urged the Department of Justice to open an investigation and "take appropriate steps to prevent irreversible actions that might harm the ability of American sheep ranchers to get their products to market until the department can determine how best to protect competition in this significant part of America's food supply."

A Utah rancher, Carson Jorgensen, wrote Vice President Mike Pence last week laying out the case that JBS's purchase of MSR violates antitrust laws. JBS is one of the country's largest importers of lamb into the United States. Jorgensen called on the Trump administration to invoke the Defense Production Act to avoid shutting down the processing of lambs in western states. "I cannot express enough the urgency and the dire conditions my family and our fellow ranch families will find themselves in, in a matter of weeks and months," Jorgensen said. "We will be forced out of business and our herds will not be replaced. The lamb market in the U.S. will rely almost exclusively on more and more foreign products, foreign imports and foreign supply chains."

In an interview on the Red River Farm Network website last week, South Dakota Stockgrowers Association Executive Director James Halverson said, "I don't know that hardly anybody knew about this before the last couple of days. This raises a lot of red flags, so I think our industry is justified in raising a lot of questions."

Halverson added that there is still time for sheep producers' voices to be heard and urged them to call their senators and representatives in Washington.

Besides Lee, signers of the letter included Republican Sens. John Barrasso of Wyoming, Steve Daines of Montana, Mitt Romney of Utah, and Michael Rounds and John Thune of South Dakota.

A copy of the letter was sent to Agriculture Deputy Secretary Steve Censky. 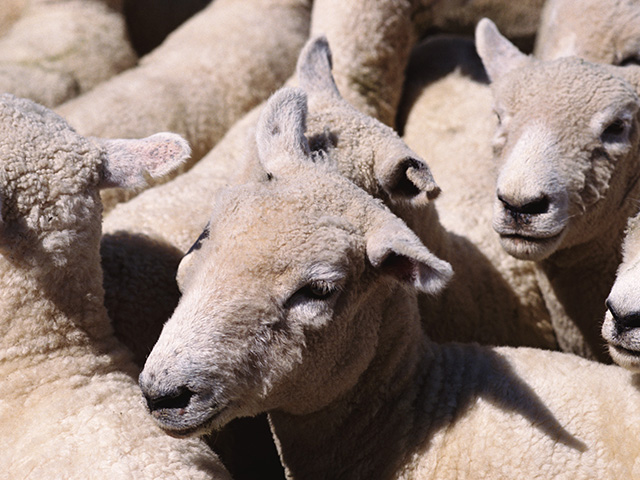