OMAHA (DTN) -- One of the nation's largest ethanol producers has altered or cut its corn-buying activities as concerns grow about the economic effects of the COVID-19 pandemic and an ongoing oil war that are driving down ethanol prices.

Sioux Falls, South Dakota-based POET LLC is scaling back corn buying at seven of its 27 plants across the country. The changes were made at three plants in Minnesota and two each in Iowa and South Dakota.

"In response to COVID-19 and related economic challenges, POET has temporarily ceased corn purchases at a number of locations, and we are actively evaluating biofuel production levels to reflect falling gasoline demand," POET Public Relations Manager Jessica Sexe said in a statement.

"Experts project a 957-million-gallon drop in ethanol demand from March to May, which equates to a 331 million-bushel loss in corn demand. Our focus is on ensuring that every POET facility remains well-positioned to support a strong and swift recovery in rural America."

Also this week, Husker Ag in Plainview, Nebraska, announced it was not restarting production at one of its plants, which is down for maintenance.

In a letter posted on its website, the company said it is waiting to see how the coronavirus situation plays out in the coming weeks.

"Due to the current circumstances and the demobilization of the country, during the next couple of weeks, Husker Ag has elected to keep one of our plants down," the letter said.

"We just completed a spring maintenance turnaround and rather than bring both plants online, we are waiting until we see a more-clear picture of the virus and fuel demand as the terminals are starting to fill up. We are in fine financial standing, with a large unused line of credit, as well as significant cash assets. We will continue to pay timely for your corn.

"Also, we are taking every precaution to safeguard our employees, and as such are restricting access to the site by outside visitors and vendors. We also ask that you follow our signs and policies when you are on the property."

"So as such, we are fairly confident that we will continue to operate even in a quarantine situation," Husker Ag said.

In a news conference last week, Geoff Cooper, president and CEO of the Renewable Fuels Association, said the industry's struggles with demand loss from small-refinery exemptions already made life tough on producers. In the past week, an increasing number of ethanol plants cut production and are moving toward shutdown.

Cooper called on the Trump administration not to appeal a recent court decision that delivered a victory for biofuels on small-refinery exemptions.

Cooper also called on the EPA to return 500 million gallons of ethanol production to the Renewable Fuel Standard, as ordered by a federal court in another case.

In a letter to President Donald Trump this week, the RFA joined other industry groups asking for action to help companies to continue to have access to credit. 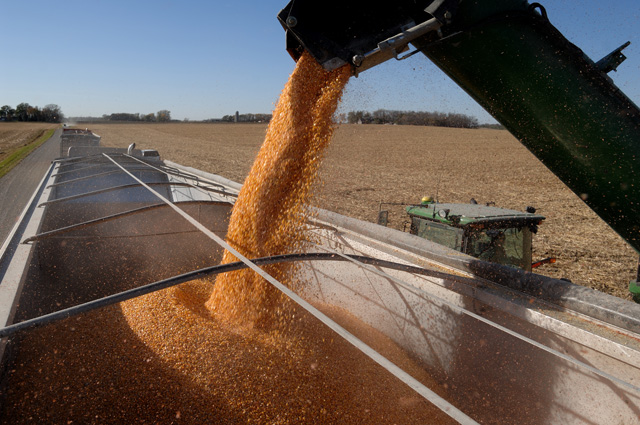