BONITA SPRINGS, Fla. (DTN) -- The Food and Drug Administration's uncertainty over how to regulate hemp, including warning letters to companies for selling products illegally, has diminished the interest of big companies in hemp food products and "frozen" processors' access to capital, the president of GenCanna said Thursday at a Crop Insurance and Reinsurance Bureau seminar on hemp. GenCanna is a Kentucky hemp processor that filed for bankruptcy last week.

"FDA does not have a pathway for accepting something that was an illegal substance," GenCanna President Steve Bevan told attendees at the CIRB annual meeting.

The crop insurers and the companies that issue reinsurance are interested in hemp because the 2018 farm bill made it legal to grow the non-psychotropic plant related to marijuana, and the USDA's Risk Management Agency recently approved a hemp crop insurance product.

Clif Parks of AgriLogic Consulting, the College Station, Texas, company that developed the hemp policy, and Ron Conyea, a hemp farmer from Kentucky, also spoke at the conference.

Bevan explained that there are three hemp products: fiber, seed and flowers used to make cannabidiol (CBD), an oil used without approval to treat a range of medical problems, though CBD oil has been the dominate driver for production.

In November, FDA warned consumers that it could not conclude CBD is safe for use in human or animal food, and sent letters to 15 companies warning them they were selling products containing CBD in ways that violate the Federal Food, Drug, and Cosmetic Act.

Bevan called the FDA's safety concerns "hogwash" and pointed out that the FDA has never removed a CBD product from store shelves. The result, Bevan said, is that big companies are following their lawyers' advice to stay away from hemp, leaving the market to smaller companies that produce hemp products in their garages or barns.

"I am getting a little more frustrated as we move through time," Bevan said. "It is apparent FDA has been investigating products for five years."

Bevan said he had been working with farmers who have been producing the crop in compliance with Agriculture Department rules and with companies. But now products are being removed from the market and firms damaged economically because of the FDA's "antiquated rules."

Bevan acknowledged that the hemp industry has problems because it doesn't have standardized genetics or growing standards and because there is concern that a crop will contain more than 0.3% tetrahydrocannabinol (THC). The government considers hemp with higher levels of tetrahydrocannabinol to be marijuana, and the law says the "hot" crop must be destroyed.

Not everyone buys Bevan's explanation for GenCanna's problems. After the company filed for bankruptcy on Feb. 6, Hemp Today reported that contractors for a planned processing plant complained last October that they were owed money.

The Kentucky Hemp Industries Association called GenCanna "a fraud corporation," and Rep. James Comer, R-Ky., one of the biggest boosters of hemp in Congress, said he was "very disappointed" in the company.

Bevan said that, until last week, GenCanna "was up to date on payments to all farmers" and "wants to make everyone whole in every way."

And Conyea, the farmer who spoke at the meeting, credited Bevan with not giving farmers wild ideas of how much money they would make compared with other people who came from out of state and told farmers to expect "outrageous profits."

But some promoters from "out West," he said, suggested to farmers that they would have revenues of $20,000 per acre.

Conyea said he had become a hemp farmer because wet weather patterns in recent years have lowered yields on traditional crops and because his son and son-in-law, who want to farm, are interested in hemp. Conyea said he regards hemp as "a rotational crop, a risk-management tool. It is not a savior."

No chemicals are approved for use on hemp, and Conyea said he grows it as an organic crop. Conyea said that although he considers it fine that applications are being made to the Environmental Protection Agency for chemicals to be used on hemp, he is "not interested" in getting involved in the problems associated with Roundup and Monsanto, now owned by Bayer.

Some farmers harvest hemp by hand, Conyea said, but noted that this isn't practical on any large production, and he said he has used forage equipment to harvest his crop

He said crop insurance is as vital for hemp as it is for other crops.

"Bankers want the deed to my farm or crop insurance," Conyea said.

Parks, of AgriLogic, said his company has developed a policy that will provide coverage for hemp grown for fiber, grain or CBD for the 2020 crop year. The policy will insure loss of production due to multiple natural perils, similar to other major industrial food, feed and fiber crops, he said.

However, coverage for replant, prevented planting or required destruction of the crop due to THC levels above that allowed by regulators will not be provided by the crop insurance program.

To be eligible for coverage, growers will be required to have a minimum of one year of documented growing experience and be compliant with all applicable regulations and with regulatory agencies governing hemp production for their area.

USDA Risk Management Administrator Martin Barbre, who was in the audience during the presentation, said RMA was under pressure from producers to develop a policy as soon as initial hemp rules were announced and praised AgriLogic for quickly putting together an initial policy. 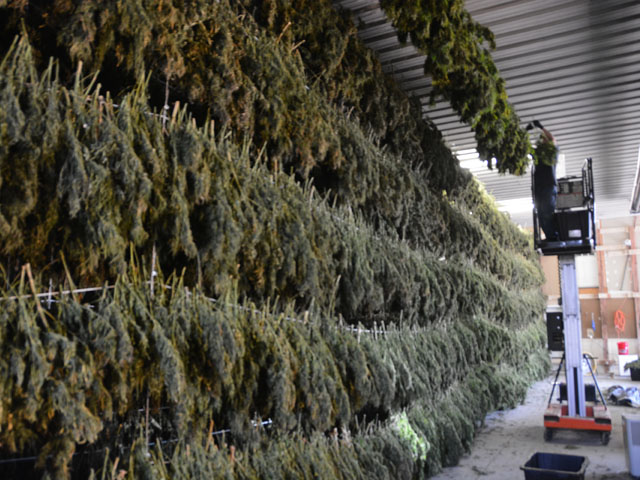